My son is now five years old; he sleeps well, and he’s a relaxed, if slightly manic, little boy. But barely two weeks into his life, it was all very different. He was a reflux baby, and so his early days were far from calm and sleep-filled.

He struggled to nap, and when he did go down he was unsettled and would wake up again, so I fed him. It felt like he was constantly on the boob, and I was alternately feeding him, trying to stop his distress, or trying to get him to sleep. There was no let up.

In the end we read. I am a librarian and an analyst by training. Books are my refuge. The internet is my advice centre. I went to wherever I could to get information on what was going on with my little bundle.

We diagnosed him ourselves as having reflux. his symptoms literally screamed it to us:

Reflux is a sort of acid indigestion; the acid comes back up from a babies immature tummy after food and burns them – put very crudely. It is not pleasant for them and hurts like hell.

We managed on a couple of hours sleep a night for what felt like an eternity. For some reason the last feed of the night was generally OK for a couple of hours; I never worked out why this was, but I was grateful for those small mercies.

He would wake up for a feed in the night and that’s when the trouble started. Anytime 9-10pm was his cue. From then on, I was constantly trying to comfort him. Holding him upright on my chest, his tummy against my shoulder.

At first we tried bouncing him up and down on the birthing ball we had. Something his sister had loved when she was little. Looking back it was THE worst thing to do, but we just didn’t know. It made him worse, and I still feel terrible for trying it even now. Now I know what he had, and I realise that the acid was probably pushed higher up by my bouncing, by my attempts to comfort, I shudder. We were just trying to help him…

Typically, I would wake up, having found out he had fallen asleep, upright, on my chest, as we were both so tired. I would try not to do it, but I simply couldn’t help it, and neither could he. It felt like the only way he would ever get to sleep and stop screaming.

This round robin lasted for five weeks…..

I don’t know whether it was the sleepless nights, the realisation that he was in pain, or pig-headedness, but whatever it was, I went against the advice of my health visitor who said he was just being a baby. She said that he was perfectly normal, he was gaining weight, and so it couldn’t be reflux. Reflux babies didn’t gain weight, they lost it. However, I knew how much I was feeding him; to comfort him. I realised that with that amount of feeding, he would put on weight no matter what he was losing with his phenomenal cosmic vomiting powers!

I ignored the health visitor and took him to the GP.

The GP told me it was probably nothing and would pass; he was colicky and so would go away soon. He was the professional, I was just a book-loving internet geek. So….I went away with my tail between my legs.

Lucky for me, I had another child.

Over the next few days, I looked at her; she was only 20 months then, not the seven she is now.

She was a newborn yes, and she cried, but she didn’t seem to be in constant pain. And most importantly, her vomit couldn’t have felled a deer at 2 metres. There was something not quite right with Stuntboy; sick shouldn’t be able to take out animals.

I went back to the GP, and deliberately asked for the senior practise partner whom I had a feeling might listen. I was right. He did. Within an hour my husband had come home to get my daughter, and I was in paediatric A&E as they thought it might be pyloric stenosis. This is a narrowing of the opening from the stomach to the small intestine and it causes prolific vomiting.

The doctor gets it in the neck; the projectile vomit naturally…

We waited a while, I fed him twice there as he was either hungry or in pain, I was never quite sure which, and the paediatrics doctor eventually came to see us. He took him from my arms, laid him down to examine him…

He projectile vomited all over him right on cue.

That’s the first and only time my kids have performed for the doctors. Usually if there is something wrong with them, or they see someone in a green uniform or at a GP surgery; we are miraculously cured. Not this time.

“Is there usually this much?”

Was the rather stunned response from the doctor. Oh yes, there most definitely is….

So we were packed off with some advice, some Infant Gaviscon, and told to go back to the GP if things didn’t improve.

And oh my god, what a difference that little bottle of Infant Gaviscon made. It was a bit of a mission, but to combat the reflux we were to:

Just a little medicine and a syringe, but it changed our lives. And most importantly, our little boy wasn’t in pain anymore.

He was only 8 weeks old, so I am one of the lucky ones. I know many other mothers, often first time mums, who have suffered with their babies longer because some professionals find it so hard to trust a new mums instinct. Particularly in the case of silent reflux where vomiting is absent, or where the Infant Gaviscon just doesn’t agree with their little ones, or the reflux needs stronger medication.

If you are looking for posts about reflux check out our series of blog posts about reflux in babies. I hope that it will give other new mums, or even some old ones like me, the ammunition needed when talking to health visitors about it. I know some health visitors are happy to listen, but there are others that dismiss it as the ramblings of over-protective, neurotic new mothers. Some other mothers who have experienced the problems reflux can cause will be coming over here to share their experiences too. 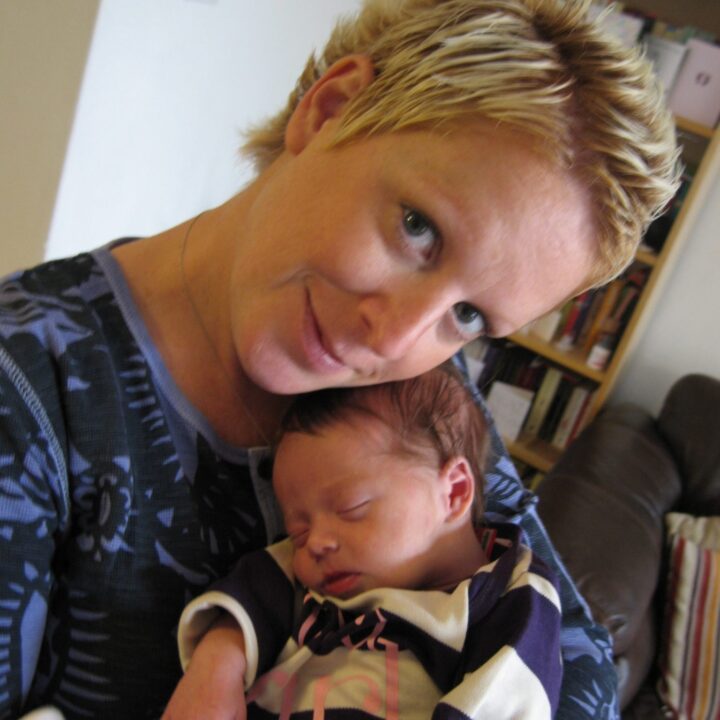 Baby reflux is no fun! 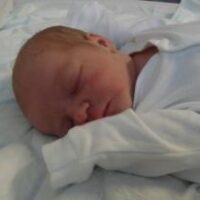 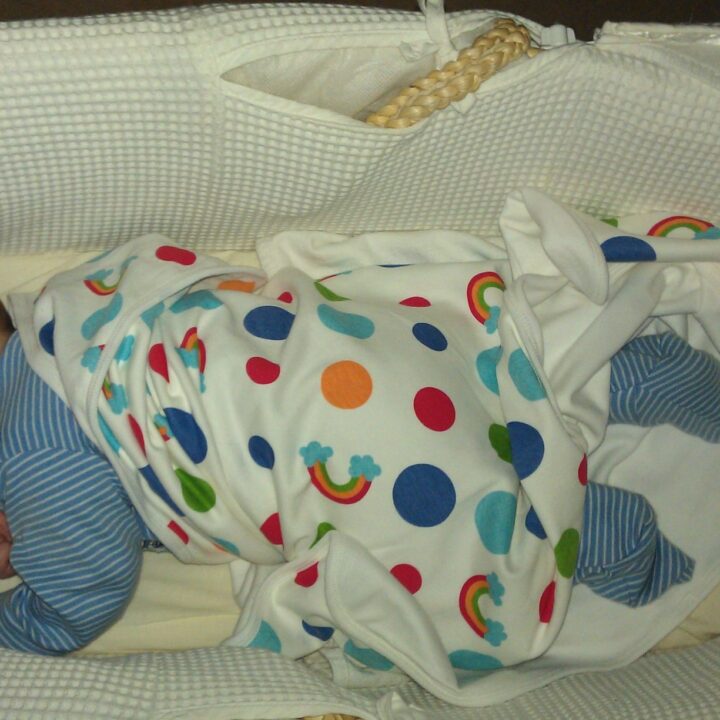 Silent reflux: Its not all about the puke... 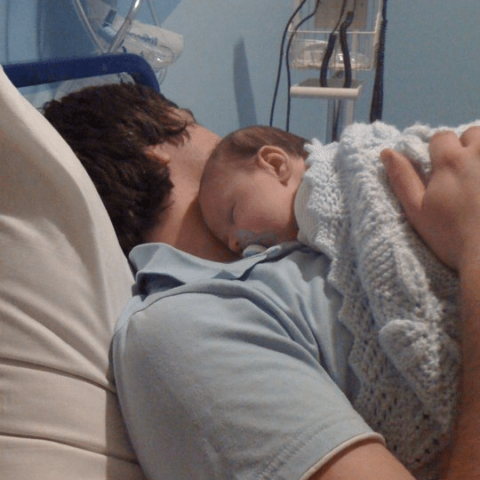 Silent reflux in babies: Why won't anyone listen to me? 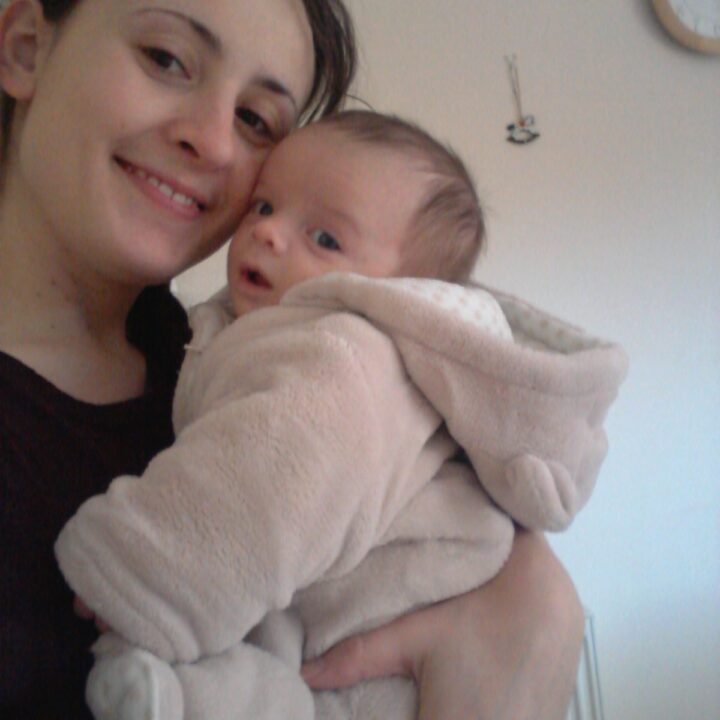 Reflux in infants: A mother's instinct...

Thank you for reading this post. We hope that it has been helpful to you. If you are looking for more baby tips then check out these other posts from KiddyCharts. 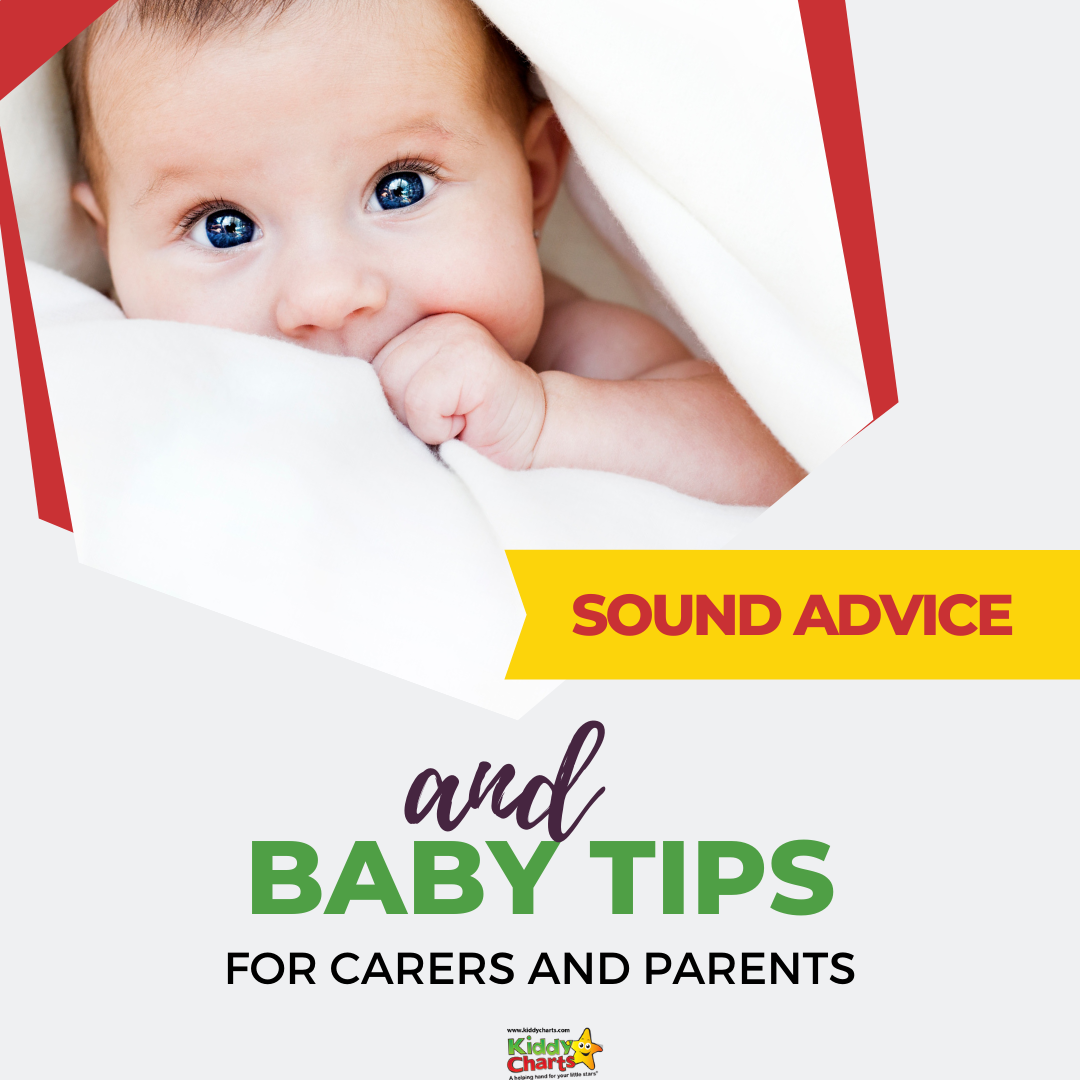 Sound Advice and Baby Tips for Carers and Parents

From pregnancy to baby weaning we have you covered with our advice and baby tips for carers and parents. 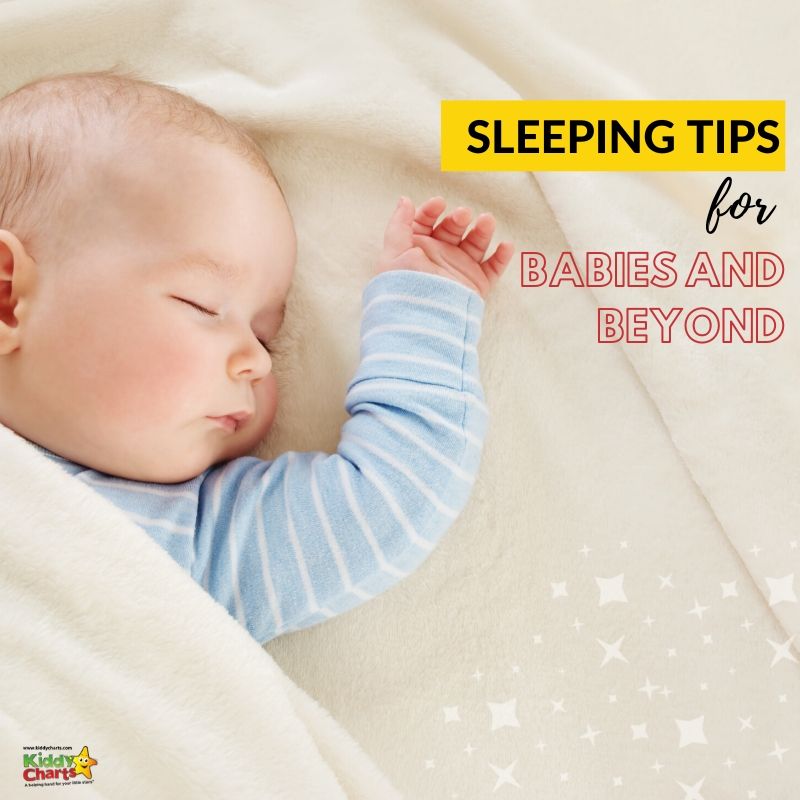 Sleeping Tips for Babies and Beyond

We have collated all of our baby sleep tips on this page. 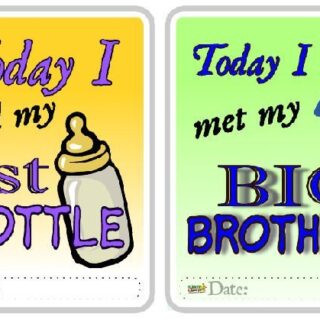 Don’t miss out on parenting tips, free printables, and more – sign up for our newsletter today.

Has anyone had experience with a preemie who vomited a ton in the beginning but then once every three days at about four months. We've tried so much. It's now back to almost every day. It doesn't hurt him. He doesn't arch his back. Comes out his nose. Full bottle out his nose.

This made me cry. I wish I had read this many many sleepless nights ago. My son is now three and still doesn't sleep through the night but at least he is out of pain now. But no doctor would listen to me. They told me it was normal. The first TWO YEARS of his life were almost identical to what you explained, and I kept taking him back and they kept telling me it was nothing. But he was my first. Now having a four month old little girl I KNOW that's not normal. I mourn the pain he went through, and I mourn the loss of an amazing first two years experience with my baby. Thank you for sharing this, I really hope someone else in the same situation reads this and feels empowered enough to push back and get what they need for their child.

My son was projectile vomiting and ended up with cancer - a tumor the size of a grapefruit in his abdomen was causing the "reflux". Doctor just shrugged it off until the tumor started crushing his liver and he turned jaundice.

I am so sorry to read this, Becky.

My little boy is 2 and still doing projectile vomiting. We are now waiting for a camera to beput ddownhis throat to see whats going on. Thats 2 years after he first started doing it at 3days old. I complained for ages no one helped. He now complains of stomach ached after eating then vomits. Hope yhey diagnose this now.

My son was actually wrongly diagnosed with reflux -after what seemed like forever on gaviscon, ranitidine etc and the GP refusing to believe there was anything wrong, I finally took him to a&e and he was diagnosed with pyloric stenosis. He had surgery at 5 weeks old and is now 4 yrs old!The message here is persist if you think there is something wrong-trust your instincts!

Hi Elizabeth. Exactly - most of the time, we know when there is something wrong with our little ones. Regards, Helen