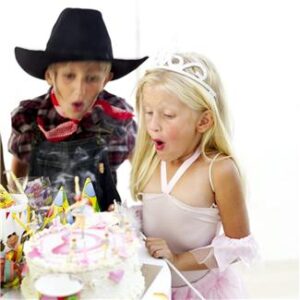 Childrens party ideas for winter: its not easy when there is no sun…

We have 2 birthdays coming up in the next few weeks – on the same day but not twins – in the run up to Christmas – it just goes mad in our house. In fact all 3 are winter birthdays. How I long to have a sunny garden full of children for a birthday party but alas no. So I thought I would share some childrens party ideas for winter birthdays that won’t break the bank.

My daughter loves craft so for a couple of years we have had craft parties supported by Yellow Moon or Baker Ross.

We have decorated party bags, boxes, painted fairies, made book marks – not only were they entertained but they made the contents of their party bags an all-round winner!

My son is more of a competitive games boy, so in the local village hall we have held more traditional parties with games such as:

Last year for his tenth birthday he chose a sleepover with two friend’s, pizza and a DVD of their choice.

This year he had an archery party which admittedly we held in October, but as they get older it doesn’t matter quite so much if the party is a bit further away from the actual day although no one has been persuaded to have their party in the summer as yet – we are working on it though!

Anyway back to the archery; the boys loved it. It was a bit pricier but this maybe his last party since next year he will be at secondary school.

Other ways to keep the cost down is to restrict numbers, such as only having a car full or one lane of bowling.

Another good one is to share it, find out if others in their class have similar birthdays. We have done this for the older two when they have been in reception, and my youngest may well share his party with a friend or two next year.

If you can’t bear the thought of a party how about a treat?

If they are into something, try and use it as the theme, let them dress up or make masks/crowns and play games accordingly. One year the kids stuck pictures of spiders on Spiderman….he was on a towel pinned on the door!

Games can be adapted so instead of running to port and starboard they can run to Flo’s and the race rack (from Cars) etc.

So to everyone struggling with childrens party ideas in the winter – don’t despair there are things you can do, and with the summer we have just had it maybe that we are not so alone planning for the wet weather anyway!

Does anyone else have any childrens party ideas for the winter? Come on do share below.

Good ideas for kids party in winter I love those ideas

Exactly what a fantastic suggestion ... the images are superb as well as the cake ... what can I state. I bet they all loved it.

Why not go with what she like if you can?

I would suggest having a party at your house, but instead of doing things that cost a lot, just play a bunch of games with things that you already have.

Some of the best parties are indoors! Yes, being out in the garden is nice, but this should not limit you.