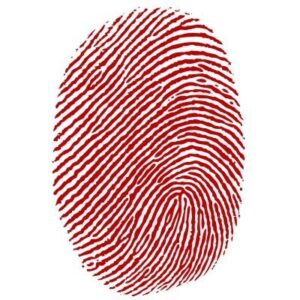 Last week, the lovely lady cutting my hair told me something so cute about the funny things kids say, I just had to share….

In fact, the poor gentleman that runs the place used to be a VERY, scary man, according to my then two-year old Chatterbox. She would cower behind me whenever he came into the room. He may be a Tottenham fan, but that’s still no reason to be THAT scared of him.

The hairdresser in question’s husband’s daughter is ten; she wandered in while my hairdresser was watching a bit of a whodunit on the telly. Rather than traumatise her, she paused it just as they were in the process of examining a crime scene.

“What are they doing?”

she asked, which was a pretty fair question, and as there was no blood and guts involved:

that lovely hairdresser said in reply…

Further explanation was required of this “dusting” activity. I can’t imagine too many ten-year olds have come across that. It’s not high on Jacqueline Wilson’s list of priorities one imagines. She was given the standard briefing around criminals, fingerprints, and finding whodunit. Then she was asked what she had thought it had meant….

“Oh, I thought they were dusting for the prince”

Now wouldn’t that have been much nicer? Maybe they should get a chore chart from us so its all done properly!?!

What have your kids said that has just made you smile – do share!

I have added this to the Wot So Funee linky over at Family Four Fun – check it out!

brilliant! If only a chore chart could really bring a prince - GG would be right on it!

Awwww - wouldn't it, the minds of children is a much better place than the reality we live in ;) Thanks for linking xx