I have always believed that it is really important from an early age to make sure we are teaching all about money to our kids; helping them to explore the value of cash. Not with a view to creating mini tycoons, but to help them understand that people, and in particular, their parents work to provide for their families, and earn money to be able to do that. 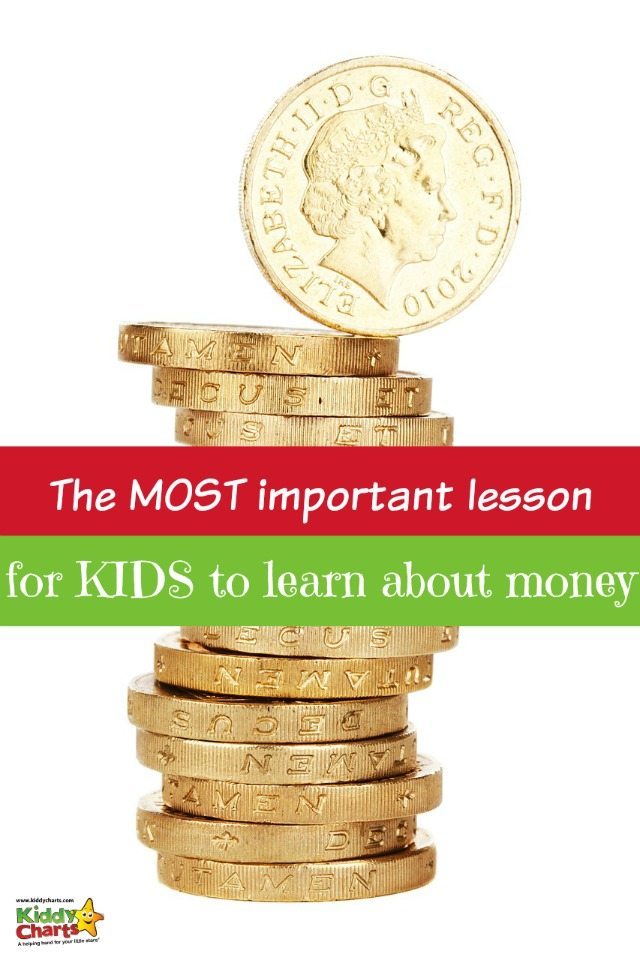 It is also important in helping them to understand that there are many people in the world that don’t have enough money to survive, and that those that have a little spare, should perhaps reach into their pockets to help them.

In a recent survey from iCount, 40% of parents believe the best time for teaching money is between the ages of 5 and 7.

However, I would disagree, the sooner children learn about money’s value the better.

This doesn’t mean that you have to give your toddler a £10 allowance every week, but there are gentle ways to introduce finance to a toddler. From exploring TV shows, to playing shop, or even using apps, toddlers can really be given opportunities to learn in a safe and valuable way.

Giving small amount of pocket money to children from the age of even 3 or 4 enables your kids to learn slowly and securely from you over time.

For example, we started giving pocket money to our children when they were quite young. Both of them struggled to save it at first. As soon as they got it, they spent it on the cheapest, and usually most useless toys that they could find in the pound store.

But… as they grew older, and gained an understanding of what each coin was, and how much each of those coins could buy, they slowly learnt to save. Both deciding what it was that they would like to buy the most, and then keeping their money in a piggy bank until they could afford that specific item. Sometimes it was the latest Lego toy, others it was a book that they really want to read, or a magazine that had captured their interest.

Some of the plastic tat they bought for 50p at the local shop broke; usually after only having been played with for less than five minutes.

It didn’t take long for them to learn that just because its cheap, it doesn’t mean it is the best way to spend their cash! It pays to think about what you are getting, to decide if you really want it, and to also check to make sure that it will last so you can get value from it.

Is it really WORTH the money I am paying for it, relative to how much money I actually have to spend?

Sometimes it is OK to spend £1 on a toy, as we are happy for it only to last for a little bit. Other times, we only have a small amount of cash, so we’d rather pay £3 and get more enjoyment for longer.

Giving your kids the freedom to explore money, in whichever way works for your family, from an early age, gives them more time to learn this.

You can almost hear their little brains working when they look at their coins before they buy.

You really, really can.

If you like this article, do check out the other posts that we have on the site relevant to pocket money and beyond:

We would love you to come follow the blog as well, for more great advice, and loads of free printables for the kids too.

Don’t forget to check us out on Pinterest as well: