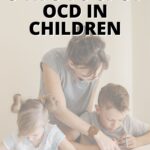 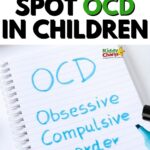 When you hear the term OCD in children, you may automatically think of traits such as being fussy or being a bit pedantic about things; however real OCD, Obsessive Compulsive Disorder, is so much more. We have the wonderful author of Hank the Hungry Monster, Julie Derrick, explaining to us a little more about OCD in children today. To both help us understand and cope with it just that little bit more. Go check out her book too. She is speaking from very personal experience….

How do you spot OCD in children and what are the symptoms?

Well this can be quite tricky as OCD in children is a cunning mental illness, in that it can often start to control a child’s thoughts, and result in both them (and you) carrying out the most bizarre rituals, before you’ve even realised it.

Added to this, many OCD sufferers keep their symptoms private for fear of being labelled “insane” or being ridiculed.

That is why it is so important for parents to be able to spot any early signs of OCD before it takes a hold.

Here are 5 tips of how to spot OCD in children, based on my own experience of dealing with a child with OCD.

Have you noticed your child starting to do something over and over again, otherwise referred to as compulsions? Some examples of common obsessions include washing hands, counting and checking whether appliances are switched off. These compulsions will be a direct result of your child having obsessive thoughts triggered by extreme anxiety. I can remember a health professional once likening OCD in children to a ‘greedy monster’ due to the fact that it never gets full. The more you carry out its demands, the bigger the demands will become; meaning that both you and your child will start increasing the amount of times that you carry out an action and may also result in other compulsions being added to the list too.

Has your child started to spend longer doing everyday things like taking a shower, doing homework or even getting dressed? If so, this could indicate that they have introduced some sort of rituals into their daily routine. Compulsions can be extremely time consuming and exhausting, so little wonder that they can start eating into large chunks of time, and make children feel miserable. Imagine having to continually wash and dry hands, or having to adhere to a strict set of routines for showering or changing. Or imagine having to have every file stacked in a particular way or colour order, then having to repeat the process over and over again due to obsessive thoughts telling you that doing these rituals is the only way that you will be safe.

With this in mind, it comes as no surprise that OCD sufferers are often late for appointments, or worse still, that they don’t even turn up at all!

Sadly, OCD and eating disorders often go hand in hand, meaning that it’s quite common for the OCD to start controlling your child’s eating too. This can prove extremely challenging for a parent, as not only are you trying to tackle the usual OCD traits, but suddenly you’re faced with tackling obsessions relating to eating (or not eating as the case may be) too.

This reminds me of another comparison that was made by a health professional, which was when she likened OCD to a pop up game. Because, like the pop up game where you knock one peg down with a hammer and another one pops up, the same happens with OCD. The minute you successfully tackle one issue, another one pops up its place. Developing an eating disorder is one of the additional obsessions that commonly pops up. Therefore, if your child’s eating habits suddenly change; there is a chance that this could be triggered by OCD, rather than it just being an eating disorder.

Another tell tale sign that your child is developing OCD, is if they suddenly start asking for constant reassurance. OCD feeds off reassurance, which can lead to your child asking for reassurance non-stop. This can also have a big impact on their self- confidence too.

5. Having meltdowns over minor things

When I say meltdowns, I don’t mean a usual teenage strop. The kind of meltdown that I am describing is the type where your once quiet, calm household suddenly develops into a battlefield, with lots of hysterical shouting; not just from the child with OCD, but from other family members attempting to calm the “meltdown” by trying to speak over the “OCD” voice. I refer to it as the “OCD voice as we were advised not to link the meltdown” behaviour to our daughter, but to attribute it to the “OCD” instead. Because the minute that the OCD issue had passed, our daughter would return to the quiet, calm daughter that we knew.

What causes these sorts of meltdowns and how do they differ from the usual teenage strops?

OCD meltdowns will happen as a result of sudden anxiety brought on by an obsessive fear.

These are just a few of the many examples of potential OCD meltdowns. They differ to a normal tantrum in that they are caused by heightened anxiety and fear that something bad will happen if they do not comply with the ritual.

In order to deter a child from developing full-blown OCD, it is really important to recognise potential early symptoms and to know the difference between OCD and normal anxiety.

This is because the approach needed to tackle OCD is different to the one needed to treat normal anxiety. I have learnt this from my own experience of dealing with child OCD, because not fully recognising OCD signs and approaching them with care, can result in parents, unintentionally, growing their child’s OCD symptoms, rather than curing them.

If you want more information, and need to help children understand OCD a little more. Do check out Julie’s book as well:

Julie is campaigning to increase awareness and understanding for OCD after her daughter developed it within her teens.

Hank the Hungry Monster explains it effectively, and simply to kids. Do take a look.

We hope this post helps you. If you want more parenting tips, check these posts out. 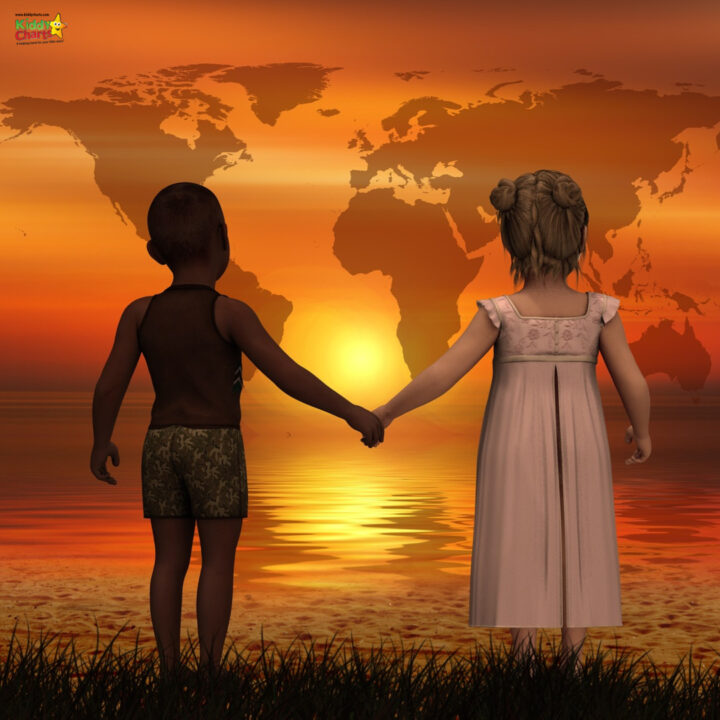 4 Reasons why diversity matters to our kids today

Diversity is so important for kids - here is why and how we can help. 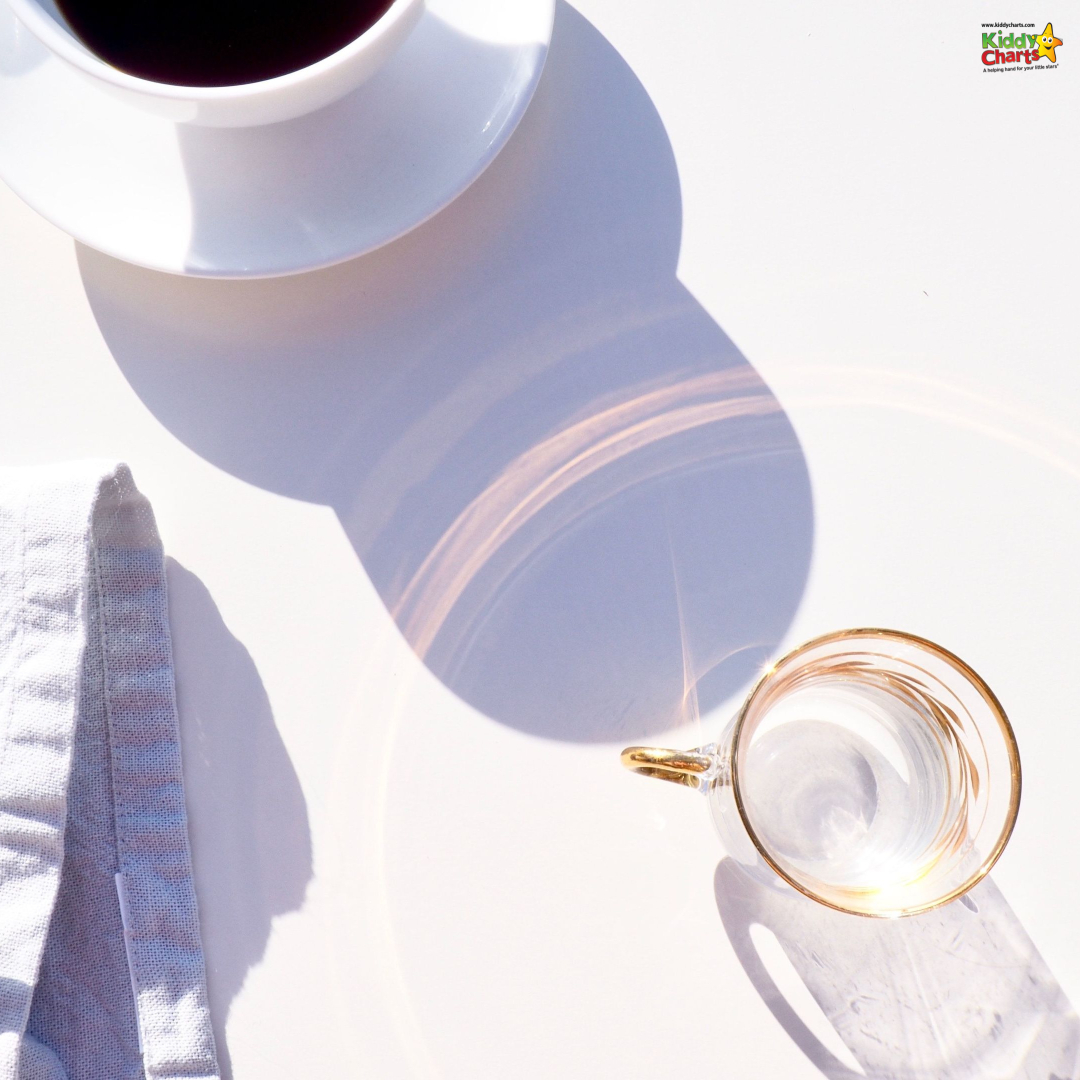 How self-care makes you a better mom

It is so important to look after ourselves, and this is why. 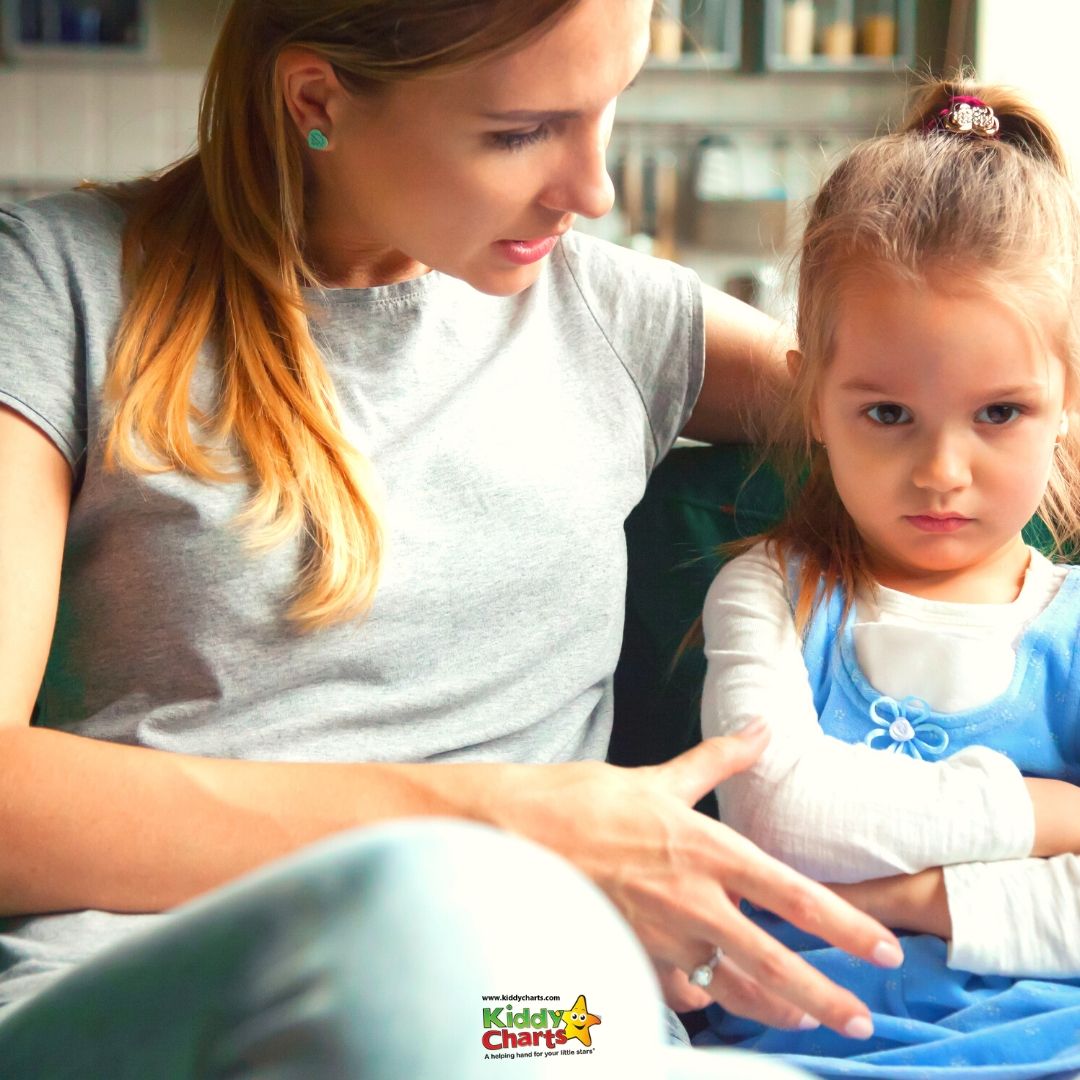 Kids get cross. Why, and what we can do to help.

Here are more posts from around the web you may enjoy. 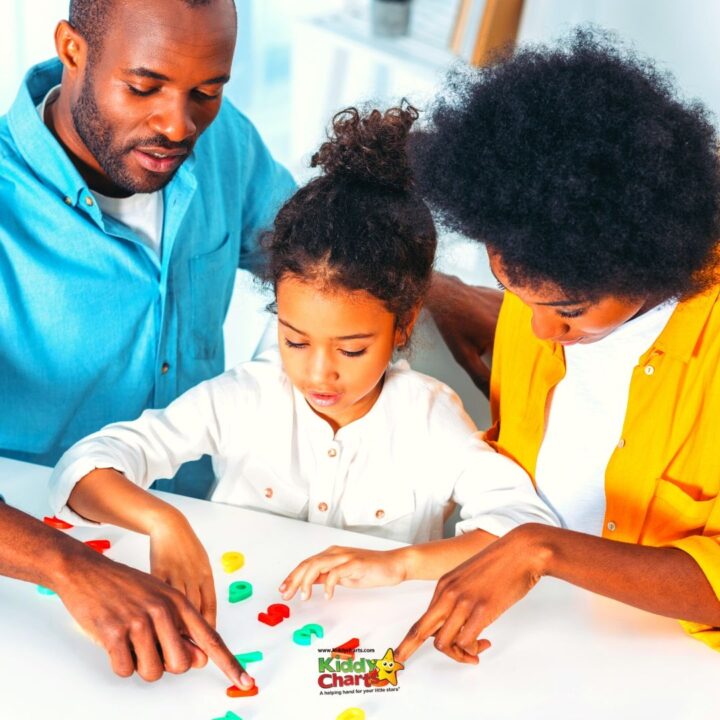 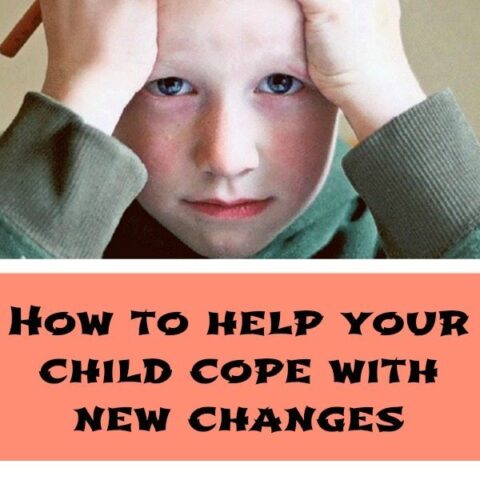 Parenting tales from the sofa: helping children with change

Helping your child cope with change is an important part of parenting and parenting skills - read on for more. 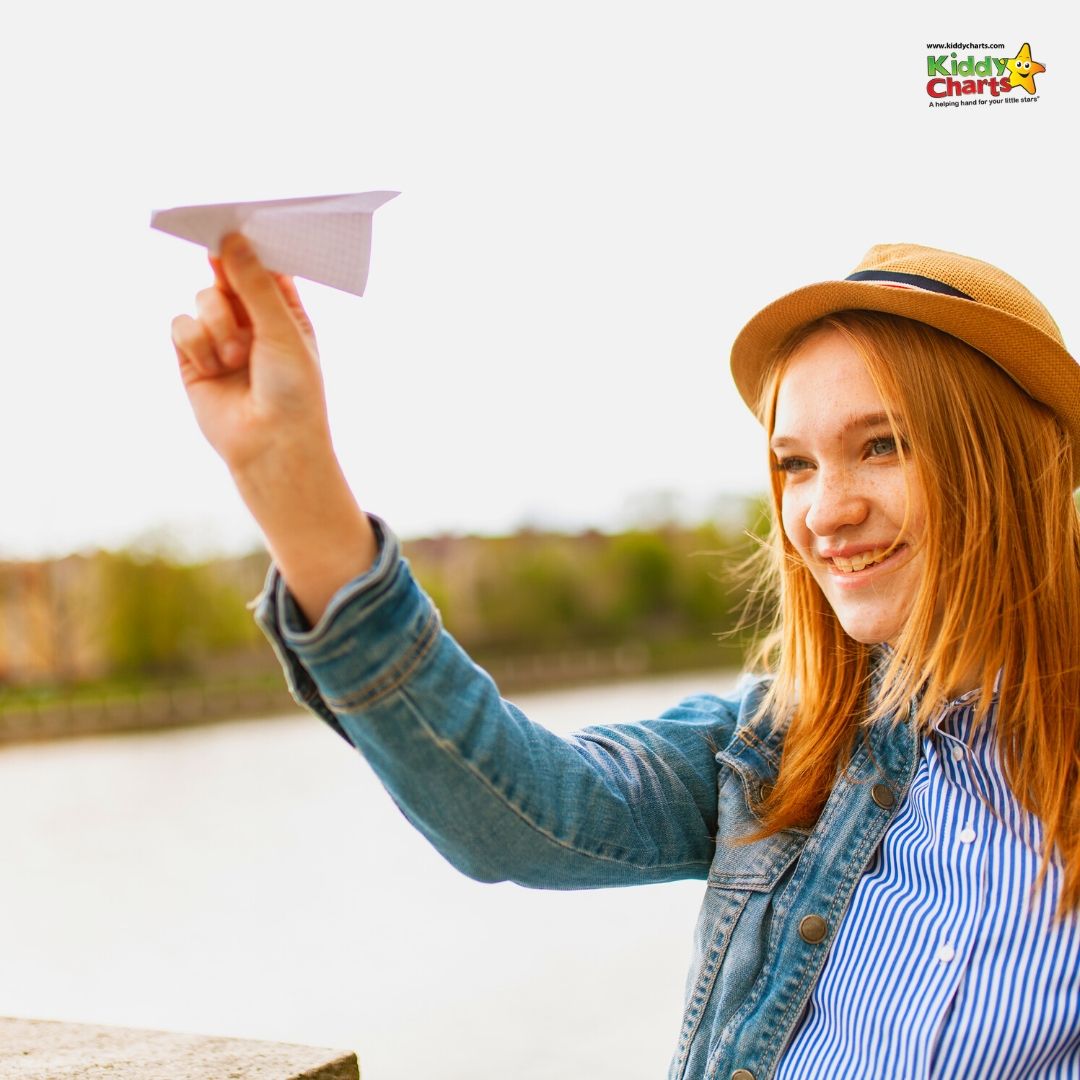 Three reasons to chuck out the parenting manuals right now!

Parenting is a lot about instinct so why not chuck out the parenting manuals right now - here are 3 reasons to do so!

A Mother far from Home shares some practical parenting tips to make your adventures in parenting easier. 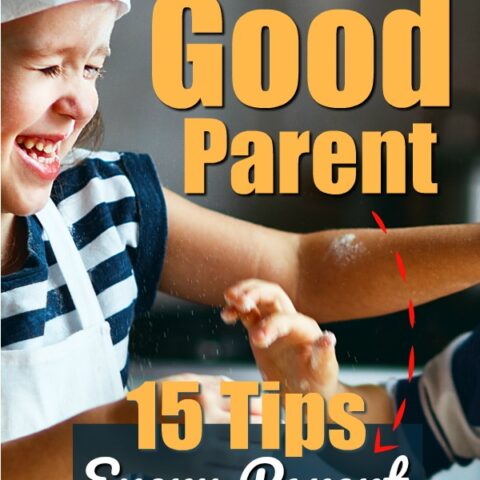 Check out these 15 parenting tips from Pin Sized treasures. 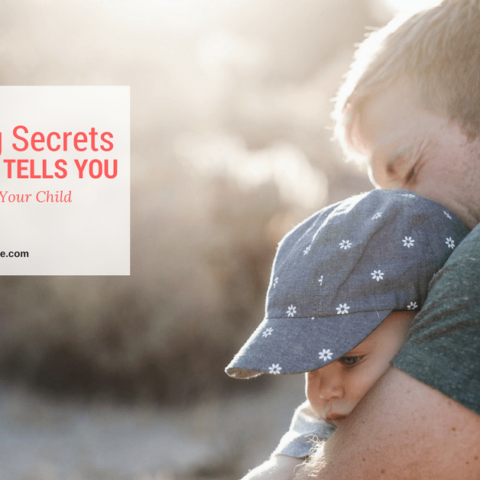 8 Insider Parenting Secrets Nobody Ever Tells You

Your Kids Table shares 8 inside parenting tips you should know.

Do sign up to our daily posts for more parenting tips and other lovely bits.

Sign up to our Annual subscription to the Time to Pee club here!
£49.95 and everything in the shop is FREE!

Sign up to the monthly Time to Pee subscription now!
£5.95 per month and all shop products are FREE!