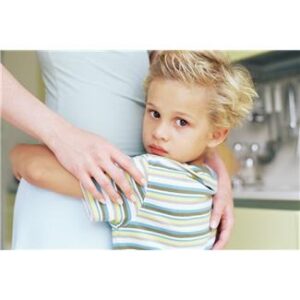 A bit of a roller coaster weekend – with the usual activities plus some visitors from the states. But it was a tantrum filled one; perhaps we should start “love bombing”….let me explain…

The kids are shattered at the moment the younger one particularly as he has just finished his second week of full days at school but even the older two are.

Home work has been cranked up a notch and they have to get used to that. It can be a real challenge to remain calm, patient and understanding especially when I am tired which seems to be quite often as the youngest, despite being exhausted, is still waking up between 5.30 and 6am!! Which is just too early!

On Saturday afternoon everyone went into melt down one after the other.

Just wondering whether mega tantrums are contagious? If so let hope they quickly build up some immunity!!

The worst bit was when a poster was torn off the wall, ripped and I saw it cascading down onto the drive from the lounge window!! That was followed by a couple of plastic figures!  So the culprit was removed from the bedroom and had to sit on the floor down stairs where we could see but where they couldn’t join in. Eventually there was an apology and some sheepish acknowledgement of what had gone on. And there was nothing we could pinpoint that was the trigger for the angry outburst.

Meeting friends later that night more than a few of our collective children had not been at their best behaviour and we wondered whether it was the full moon? Before we were married, my husband said I would have doubts and questions about us when there was a new moon!! So who knows?! Well at least we were not alone and could laugh about it.

It was yesterday that I started reading about a technique called ‘love bombing’ (told you I would explain) where basically you give your child an intense, condensed experience of feeling completely loved where they are in control (they choose what to do). The theory is the neediness and anger melt away.

We have a child who often complains they can’t do things and everyone is better than them, which drives me slightly potty as it is just not true so if this one step beyond quality time will help we might just give it a whirl!

You can check it out this new Love Bombing technique in the Daily Mail. (it’s at the bottom of the page).

This is our regular Tuesday Tips for Parenting guest post by Beckie Whitehouse from Be Confident Coaching.