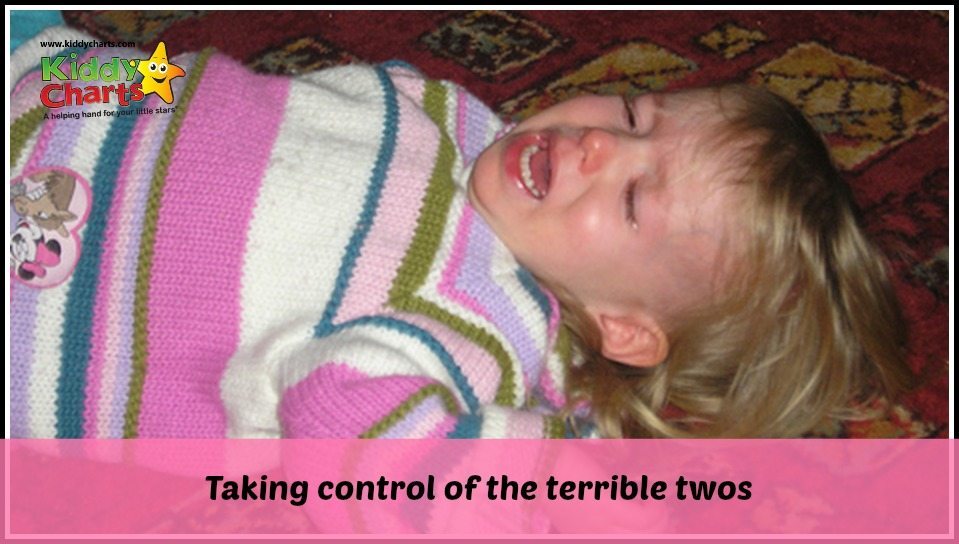 Despite the fact my daughter is now two and a half, there are often moments when I still feel like I don’t have a clue what I’m doing. Two and a half years is a long time. You would think I would have a handle on it by now. However the beauty of your first child is that you get to experience all those ‘firsts’ through them. Colic, weaning, sleep training and finally that period that everyone tells you about but you naively don’t think is ever going to be as bad as they make it out to be.

The thing with Ava is that she is not a particularly bad child. I watch other parents at soft play shout, threaten and scold children of her age who are quite frankly wild. Who hit, grab and smash their way through everything and anything that comes into their path. I feel for these poor woman as they wince at their child’s behaviour. I even witnessed one three year old tell another three year old to ‘go and rattle themselves’ yesterday. The poor kid at the end of said instruction just looked at the intimidator with a look of pure and utter confusion, before dissolving into fits of giggles. Much as I did.

Anyway, Ava is the shyest child you could meet. She would be too scared to tickle another child never mind push them off a toy she wanted. And she is much the same with adults. I can take her anywhere and she is well behaved. She always says please and thank you and can be found in any restaurant finishing off her fish fingers in a polite and quiet fashion all the while colouring in like butter wouldn’t melt. However, my little ‘angel’ does have her moments. It’s purely that she reserves them for myself. And I understand that this is normal. I understand how frustrating it must be to be at an age where you are finally finding your voice, your opinions and starting to understand the concept of ‘choice’.

It started with food. Suddenly she doesn’t want anything I choose to feed her unless it is breaded or dipped in sugar. Mind you, I could make her a chocolate button sandwich with a side of Quavers and a glass of coca-cola yet, because it was what I had decided she was having,  she would still refuse to eat it. Everything I give my fussy little devil is cast off and I am informed with immediate effect that said offending articles must go in the bin immediately. And when I refuse she has the most almighty of tantrums that would wake up any nocturnal animals within a 5 mile radius. My solution? Ignore. Don’t argue or reason. I have tried it and it doesn’t work. So I just lay the plate down and walk away. I get on with what I am doing and act like she isn’t even there. Not easy when she’s lying in the middle of the floor flailing her arms and legs like she is in the throws of some kind of fit. But cut to twenty minutes later and she is casually eating said lunch whilst dancing around to Haim like she doesn’t have a care in the world. I’m not saying this will work for everyone. But I have found a decent success rate myself.

I have spoken in my writing previously about the feet stamping. All of a sudden, out of nowhere, my darling daughter has decided that the best way to get her point across is to stamp her feet on the floor at any given opportunity. I have pondered and surmised this little party trick for a while. An evolutionary and intrinsic reactive device handed to us all at this age by mother nature? Or maybe something health visitors teach them on the sly at their 27 month check? My conclusion was brought about through a suggestion by my mother – perhaps she had seen another child do it? This has led me to the assumption that at some point, a very long time ago, some little punk (obviously a boy) realised just what a fabulous way this would be to get their point across and from there it was emulated by children the world over. I reckon Ava has seen this little indulgent act at nursery, probably by the dodgy kid in the corner dealing Calpol (there’s always one) and thought ‘I’m taking that tactic home with me. See how my Mum likes THAT when she has the audacity to tell me I’m going for a bath’.  I can only hope you are not looking for any advice or a solution on this one. Because I don’t have one. Chastise them for it. Ignore it even and hope they will eventually grow out of it. I have seen a grown woman do it when she didn’t get what she wanted and it is not becoming of an adult. In my defense, I really wanted those Kurt Geiger Carvelas.

Having a child who didn’t sleep through the night until she was 15 months wasn’t the best. So when my angel finally did get into a decent sleep routine with no wake ups during the night, I breathed a sigh of relief, poured a G&T and even allowed myself to stay up till the end of Masterchef. And then two happened. Along with the graduation into a big girl’s bed. And all hell ensued. See the problem with an actual bed is that they can get out. I would no sooner be finished her story and switching on the oven before I would hear the pitter patter or my tiny’s feet along the hall and that cherubic little face would appear at the doorway. ‘Biscuit?’ ‘Wee drink of juice?’ ‘Ten more minutes on the tablet?’, she would ask with a devious smile. My solution to that one – install a baby gate. That way you don’t have to actually shut the door (something I couldn’t bear) but they can’t actually get out either. The first fews nights they will stand at that gate shaking the bars and howling like one of the Birmingham Six. But eventually they will give up and pad back to bed. And they will be out for the count by the time you sit down to your carbonara.

Really though, my advice on the terrible twos is just to ride it out. Because apparently at three it gets worse. Sorry. And I am by no means a parenting expert. So please take this piece – and any advice I have had the bare-faced cheek to submit to you – with a complete pinch of salt. I’m thirty years old and as contrary and full of opinions as they come.

So really, what chance does Ava have?

If you know how this mum feels, let us know below, and don’t forget to check out our charts as they might just help with those terrible twos – worth a try right? If you liked this post, do subscribe to our newsletters too below; you get a free chart you know!

Lifestyle blog of a Glasgow mummy. I like sushi and getting drunk in my pyjamas. Warning: contents now highbrow.