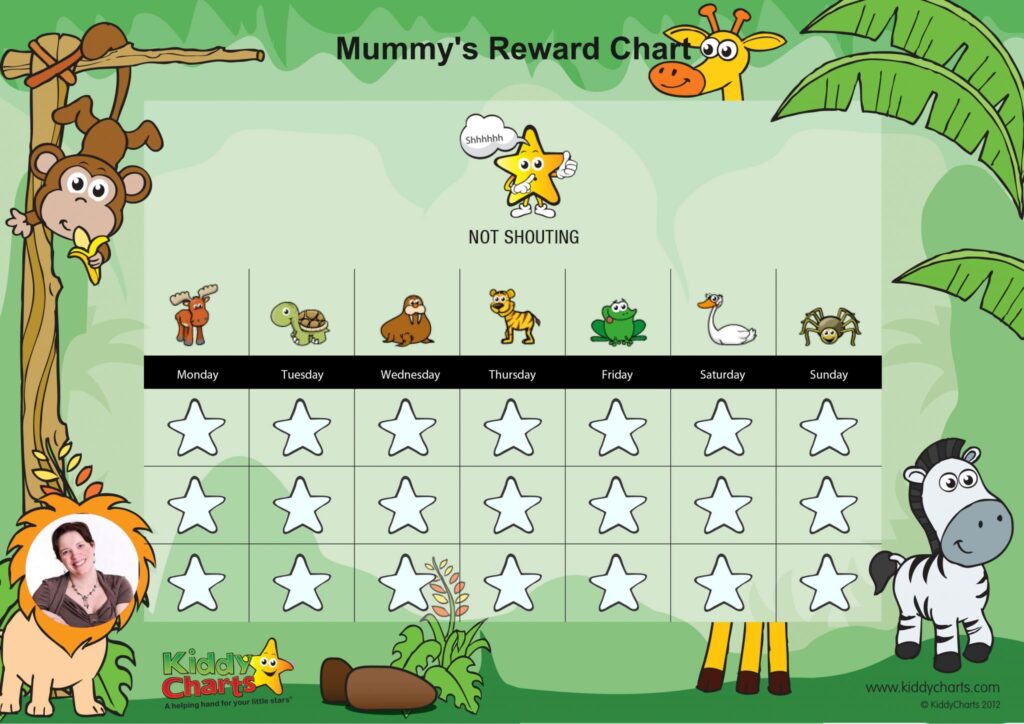 The not shouting at children mummy star chart

I admit I am not a perfect mother, and occasionally I can be found shouting at children; usually they are my own children, which I guess is good, but I would rather not be doing it at all.

However, if its been a long, hard day for us all, tempers are frayed and if listening ears have been removed and handed to the sock pixies; mummy can get a little bit cross…

My son pointed out that he and Chatterbox had a star chart, so why didn’t I. So now I do. It’s for not shouting at children, and it seems to be going better that I thought it would!

There are a number of reasons why having a mummy star chart is a good idea. We thought that it:

So why not make yourself a mummy star chart too; just use your picture instead of your kids in our store. We have a reward chart, but you could just as easily use one of our progress charts and pick a reward for yourself when you get to your goal. We went to the beach when I did one of these with the kids last time!

Love this idea! Will be printing one for daddy too!!!!

Glad you like the idea - ours is working with me a treat! ;-)