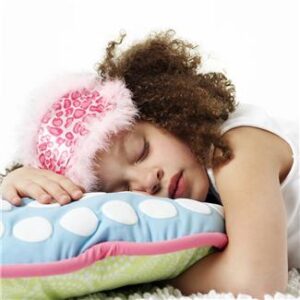 Tired children: is laughing the right things to do? Possibly not…

In our house in the holidays bedtimes can be something of a balancing act; and we can get some very tired children about…

All 3 kids think they need far less sleep than they do.  Of the boys the oldest needs the least – he always has, but the minds of 4 and 8 year olds don’t really understand it. He stays up later and it’s simply NOT FAIR.  He often now goes up with them, and then comes down again when they are in bed….keeps the peace you see…

I wouldn’t mind the late nights if they slept in.

To be fair, the older 2 two will sometimes sleep in, but never later than 8am, and the youngest is pretty regular between 5.45 and 6.15 am. So we now have a kind of pattern going; they have some late nights as no school tomorrow, followed by an early one to catch up.  Otherwise temper tantrums, bad attitudes and sibling squabbling reach intolerable levels!

With all this, I do have a confession to make – my daughter was so tired after seeing friends all day, then having a sleepover at her grandparents, that when her mood became so hideous and she quite honestly had lost the plot, I just laughed – I couldn’t help it – it was getting stupidly funny – so I just burst out laughing. As I am sure you can imagine she didn’t see it in quite the same way and became even more enraged…

A bad Mummy moment on by part, but it did relieve my tension and frustration.

I did try to contain it; reminded me of when you just get the giggles at really inappropriate moments at school…like in the middle of prayer in assembly.

Looking back on it, I am not sure what I could have done differently – I couldn’t ignore what she was doing. I guess I could have asked hubby to deal with her (as he was home by this point).

One other option does spring to mind; I remember my cousin mentioning to me with one of her boys she would either have to tell him off from another room, or get him to turn around so she couldn’t look at him or she would laugh. Do these traits run in families perhaps?

By bedtime, we had sorted it out and she began to see the more humorous side of it.

Then she slept for 12 hours!

I hope one day it will turn into one of those much loved stories of:

“Do you remember when and mummy just laughed and laughed!”

Until then, I simply will have to have the self-control not to laugh or leave the room….