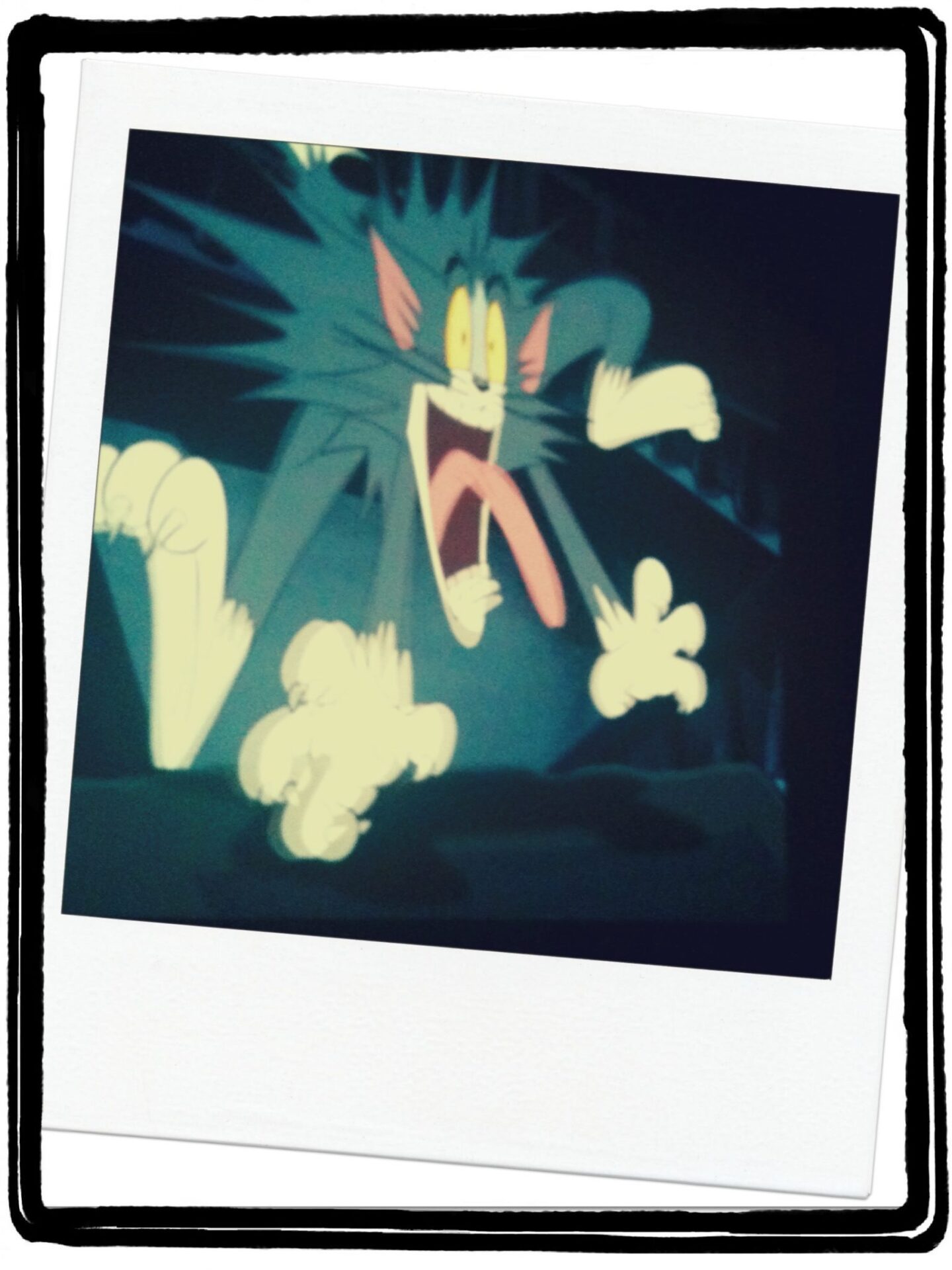 Tom and Jerry; watch out for your kids copying…!

Going into London is a bit of a mission for us. It’s not like it used to be before we have children; its a major undertaking.

So we only do it when we think we are going to have fun.

I packed off the KiddyCharts kids on the train and headed to London over half-term though. The lure of Warner Brothers with Harry Potter, Looney Tunes, Tom & Jerry, X-Box and Batman was too hard to ignore. I’d also been very good at not shouting, so it was about time I got my special treat!

“We have to get off at Hobnob station.”

This distinctly amused my fellow passengers. The lady standing next to me was unable to suppress her laugh. Chatterbox thought it was hilarious. I suspect any commuters who happened to be on that train will be calling Hoborn, Hobnob station for a while yet. Clearly, McVities have missed an massive marketing opportunity there….

When we arrived, we were greeted by the lovely Dee who was resident face painter; and in five minutes my kids had totally disappeared: replaced by Batman and Happy Feet.

So as I couldn’t find them anymore, I legged it for a quiet cuppa with some lovely bloggers, including Attachment Mummy, Family Four Fun, My Son, My Life, My Way and West London Mum *just kidding.*

I actually got dragged inside and didn’t leave for two hours.

Chatterbox was rather taken with the Harry Potter X-Box Kinect game. She was rather adept at avoiding the whomping willow by jumping and ducking on the spot. I was a little concerned that Stuntboy might end up in the TV, so we watched Tom and Jerry for a bit instead. I thought that that would be much safer *more on that later.* 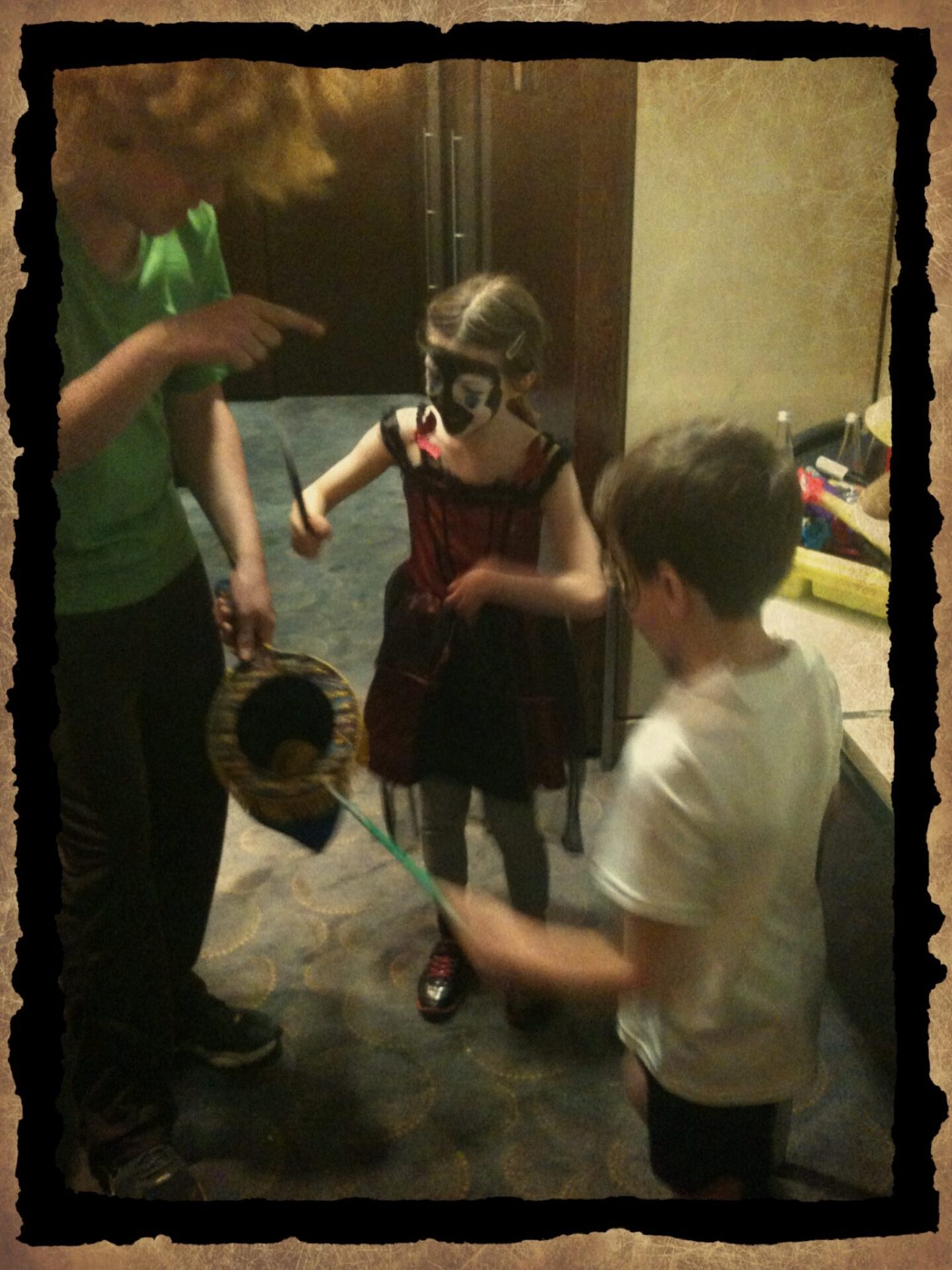 In keeping with the magic of Harry Potter, there was a children’s entertainer there doing…erm…magic…of course. He made a rather good baby sitter as I chatted to other bloggers, and discovered the joys of some of the things Warner Brothers had to offer. Not least checking out some of the new releases from Warner Brothers for Christmas, including the Lego Lord of the Rings game. But for me, the most interesting discovery was the non subscription video streaming service that actually gives you clubcard points; BlinkBox. I know…Tesco get everywhere including your PC now….

Overall a very successful trip, though its probably worth mentioning to small people that Tom is a cartoon cat and so he doesn’t break or hurt things as much as you can in real life if you copy him…. *nearly had a trip to A&E*

We have been bitten by the Lego bug since we got back – not that we needed too much encouragement; granted. We are frantically beavering away to create something for the new Lego movie so we can enter their Creation Contest for children. Register at this link yourself and you could have YOUR creation featured in the movie.

Currently, we have an entire village built in the lounge…not sure that’s what they are after, but never mind. Our cat likes sitting in it…

So – where did the kids go?

We were invited to this event and attended free of charge. We received a goody bag there, but paid our way to get there, and there were no penguins or bats damaged in the writing of the review. All opinions are our own of course; and the facial expressions….

Thanks for the link - I hope next time I meet you you're not running away! It was a fab day, we all loved it - never thought of hobnob station but it will be from now on!! xx