Our second round of three board games from the Blogger Board Games club is kicking off. This time with an oldie, but a goodie. We’ve managed (somehow) to have not come across Carcassone before, we were delighted when we were sent a copy to take a look at. 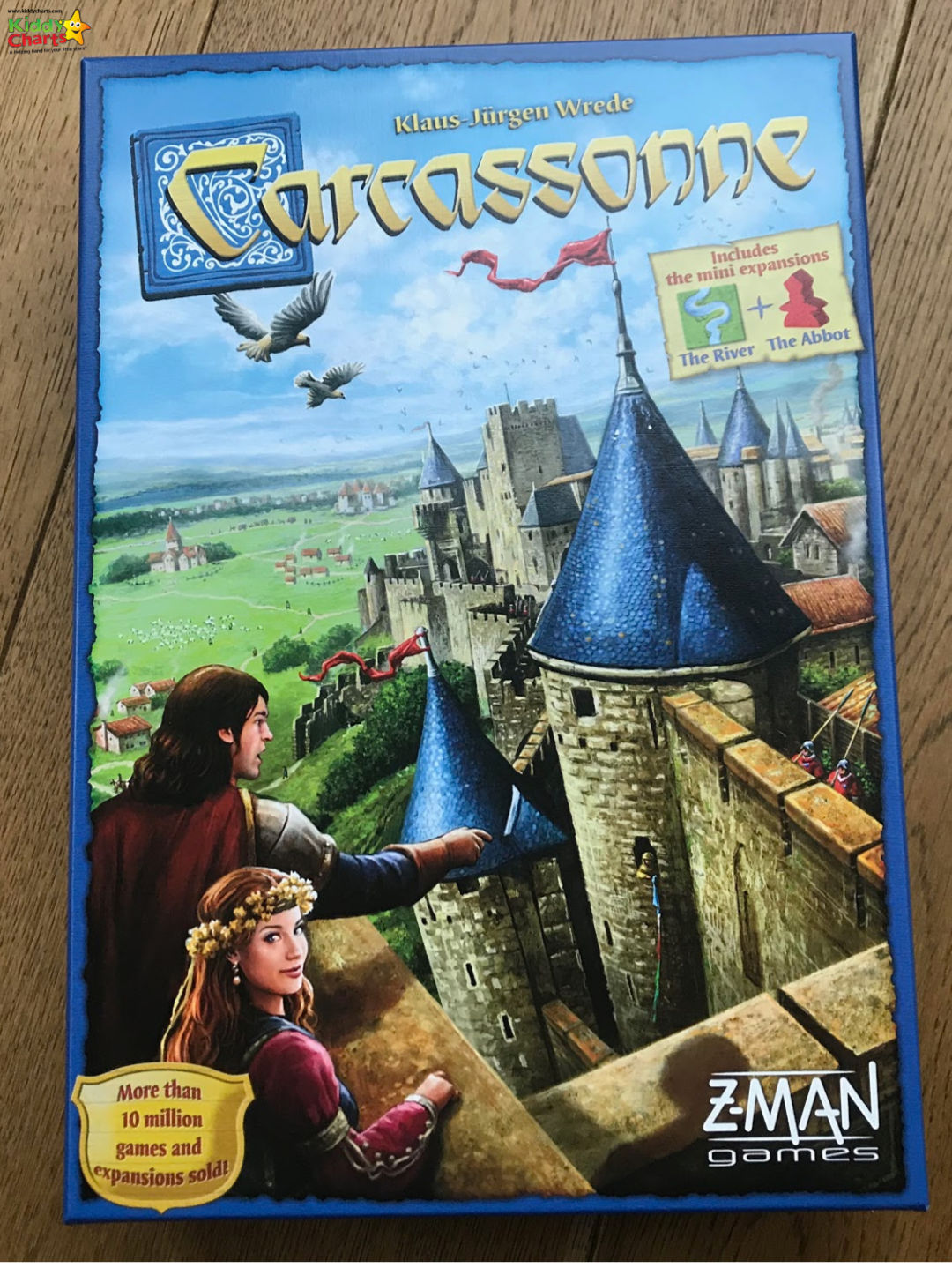 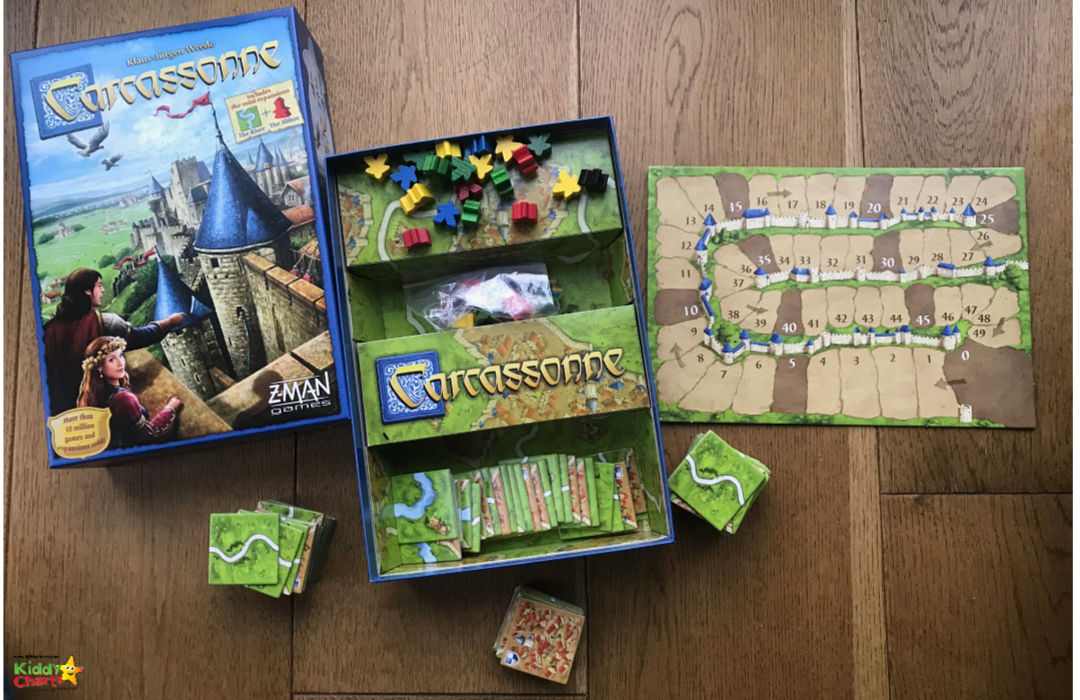 Each meeple can be either a monk, highwayman, or a knight, depending on where within the kingdom the meeples are placed.

Meeples can be placed within a city (knight), a monastery (monk), or a road (highwayman). Every time one of these “features” is completed by the placing of a time, the player who owns the feature by having a meeple within it, scores for that feature.

For a full explanation of the rules, and scoring, pop along to The Rules Girl to get the details of the game in three minutes. This is a fabulous video, as it uses illustrations. Worth noting though, she calls the counters followers an not meeples for some reason….

How to Play Carcassonne in 3 Minutes - The Rules Girl

The game comes with a scoreboard, so it is really easy to keep track of who wins, and both the counters and meeples are strongly made. No chance of them breaking, but every chance you might loose a meeple, so be careful!

The game we have also comes with an expansion pack that includes abbots, as well as meeples, and river tiles. Abbots score in the same way as monks within a monastery, but they can be placed on flowerbeds too. The river is just another feature that can be added to the game for scoring with. It has to be built first though, and then the rest of the kingdom is built around it. There is a video here of a game being played with this expansion included:

We’ve had a few games of this now with the kids, and this is what we think of it.

What did we think of Carcassone?

Carcassone is, it would seem, an extremely popular game; judging by the 12 mini expansions that seem to be available for the basic version.

It was surprisingly simple to learn, and the rules are very clear too. Having learnt it with my daughter, it took less than 3 minutes to explain the rules to my son, without the need to reference the rules at all. That’s the sign of a great game; when a 13 year-old can explain it easily to an 11-year old. 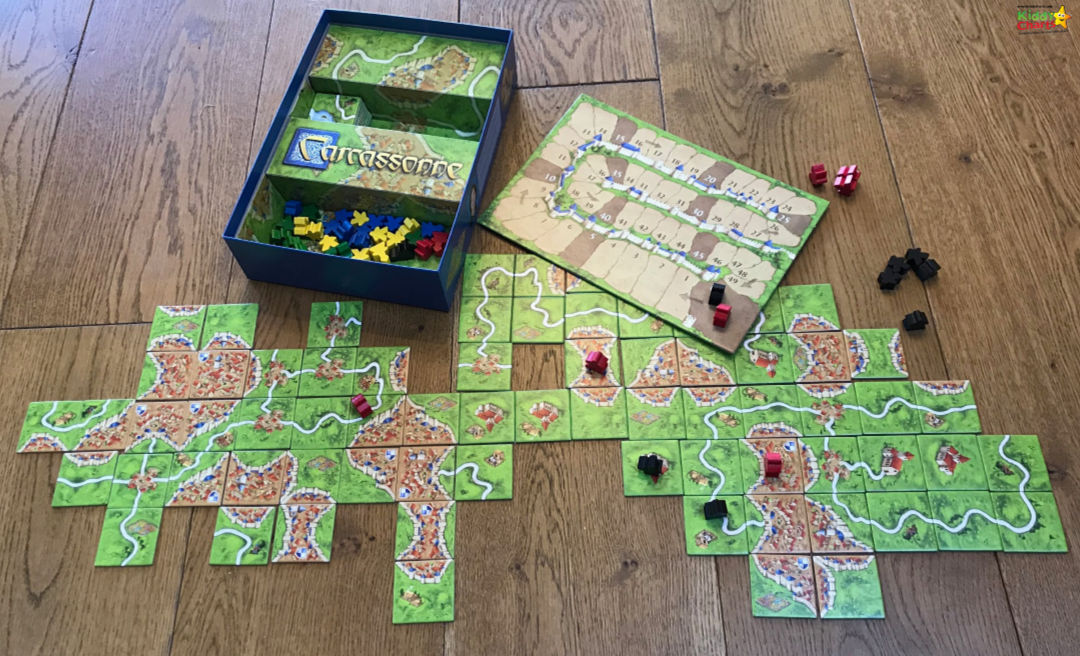 The concept of the game, to build a different kingdom each time you play, is also rather delightful. The tiles used are engaging and rather nicely made, which helps to keep your attention.

The only really annoying aspect – that the counters are called meeples – erm, why?!? People would have worked for me…just trying to be clever methinks….

Scoring seems a little complicated at first, but it gets easier once played a few times, and it massively helps to have the scoring board. Thanks goodness it is included; a very welcome addition to the game. 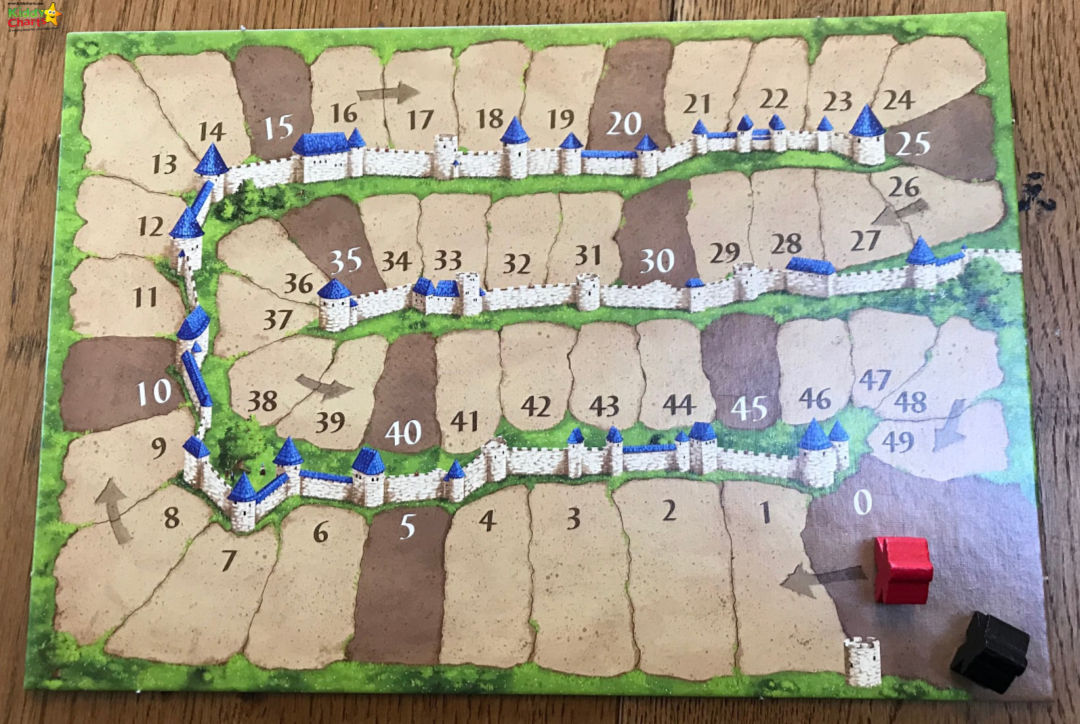 The game is possible with two, which is a bonus for us, as it means the kids can play, without the adults having to be involved, so we can sneak off from time to time…. Judging by the games we have had, there are few occasions where rules are disputed too, which is brilliant when the kids play against each other of course.

We like this game, and it is managing to complete favourably with the kids favourites, which seems to be Splendor at the moment. We have been specifically asked to get it out and play with it, usually it is myself that encourages board game play to try and get the kids away from their screens….

The youngest tells me:

“This is my favourite game at the moment.”

This is high praise indeed, and the game is a regular feature at the weekends, and after school. Clearly, its doing something right for the kids. 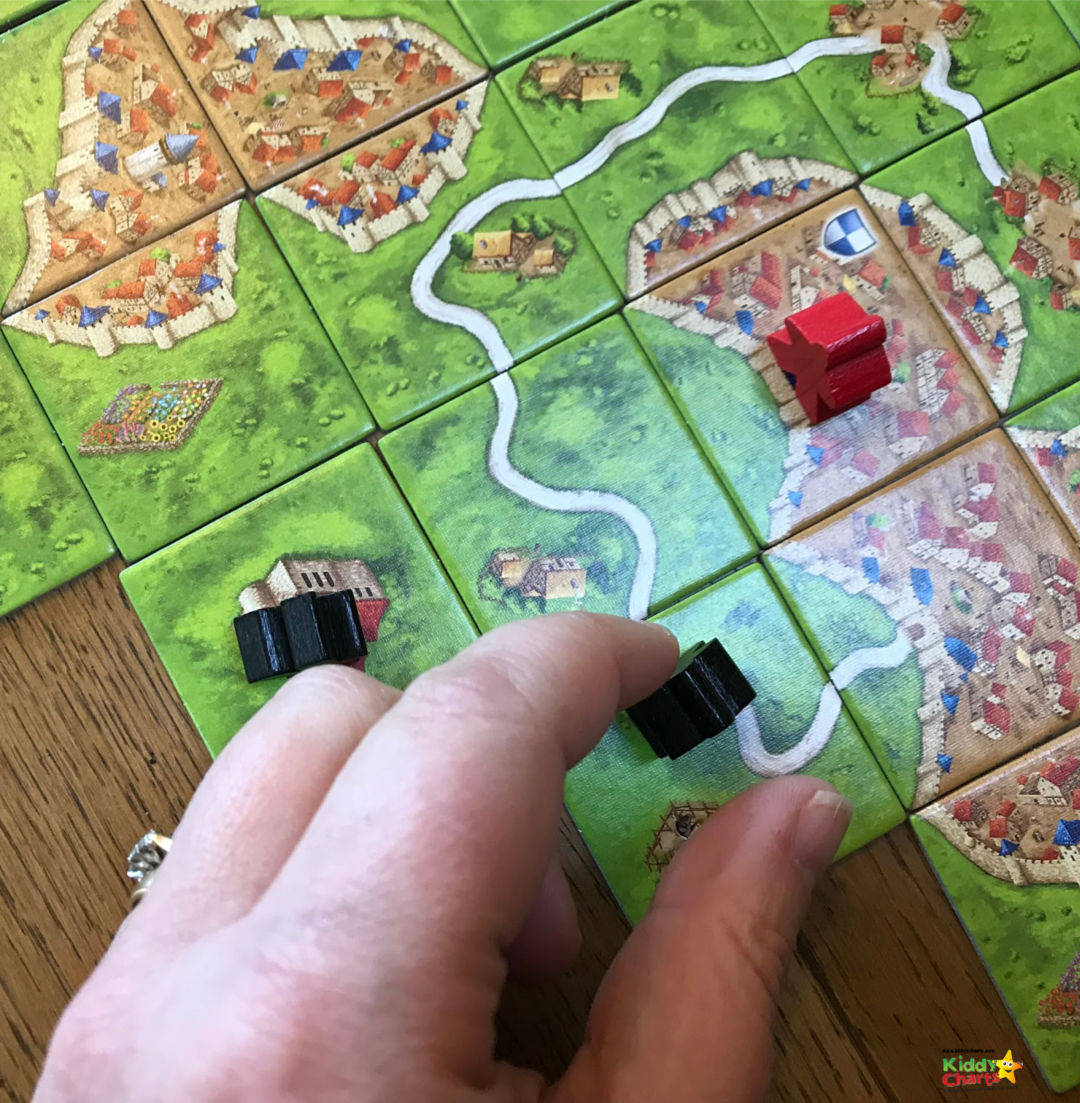 The game play is varied enough each time to keep the kids interested, and the development of their strategy for building the kingdom, insures that their grey cells are tested too. It has been interesting watching them learn the tactics for the game; particularly learning that sometimes it is better to complete someone else’s cities and roads to stop them from getting too many points from a single feature. 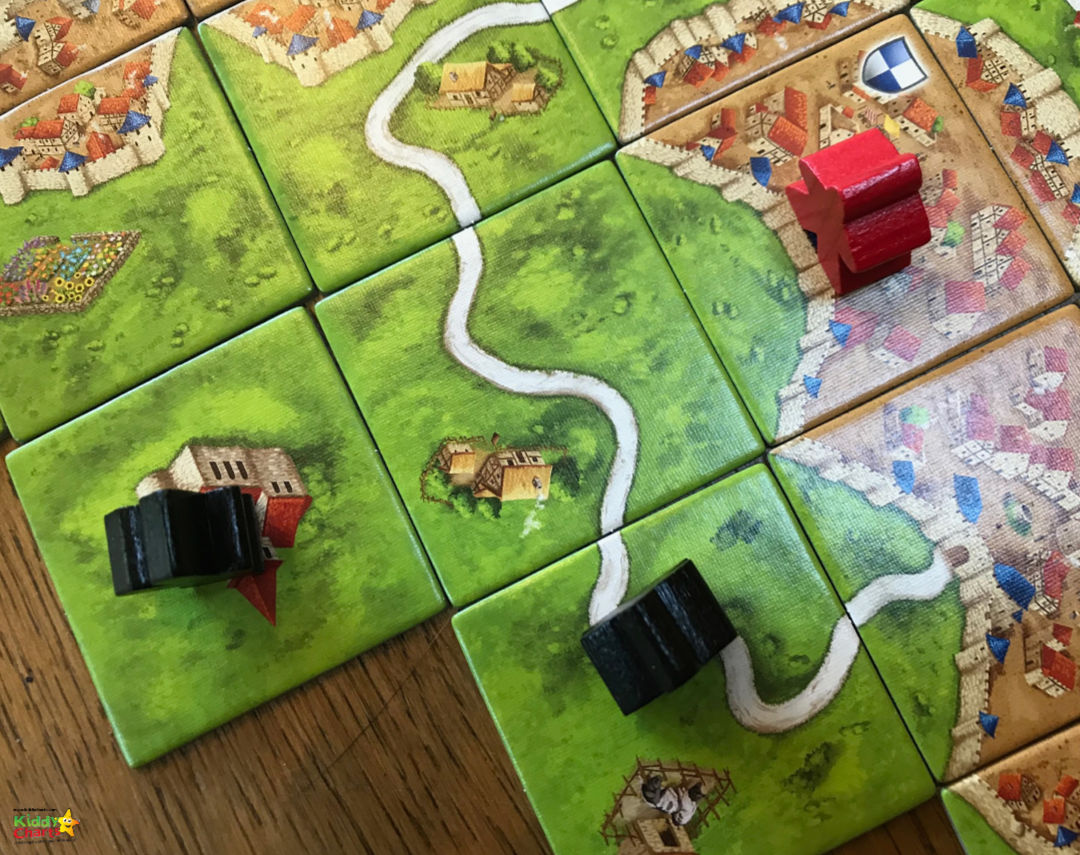 This is definitely one to think about for the family board game cupboard, the only criticisms we would have is that the river expansion doesn’t really add to the game greatly. In fact, it can give an advantage to players far too early in the game because having to choose from just 12 tiles at the start means that there are only a limited number of tiles which can include a meeple. This means that if you are unlucky enough not to get these, you are almost scuppered from the beginning! We also just don’t like the word meeple either *why not just people?!?* 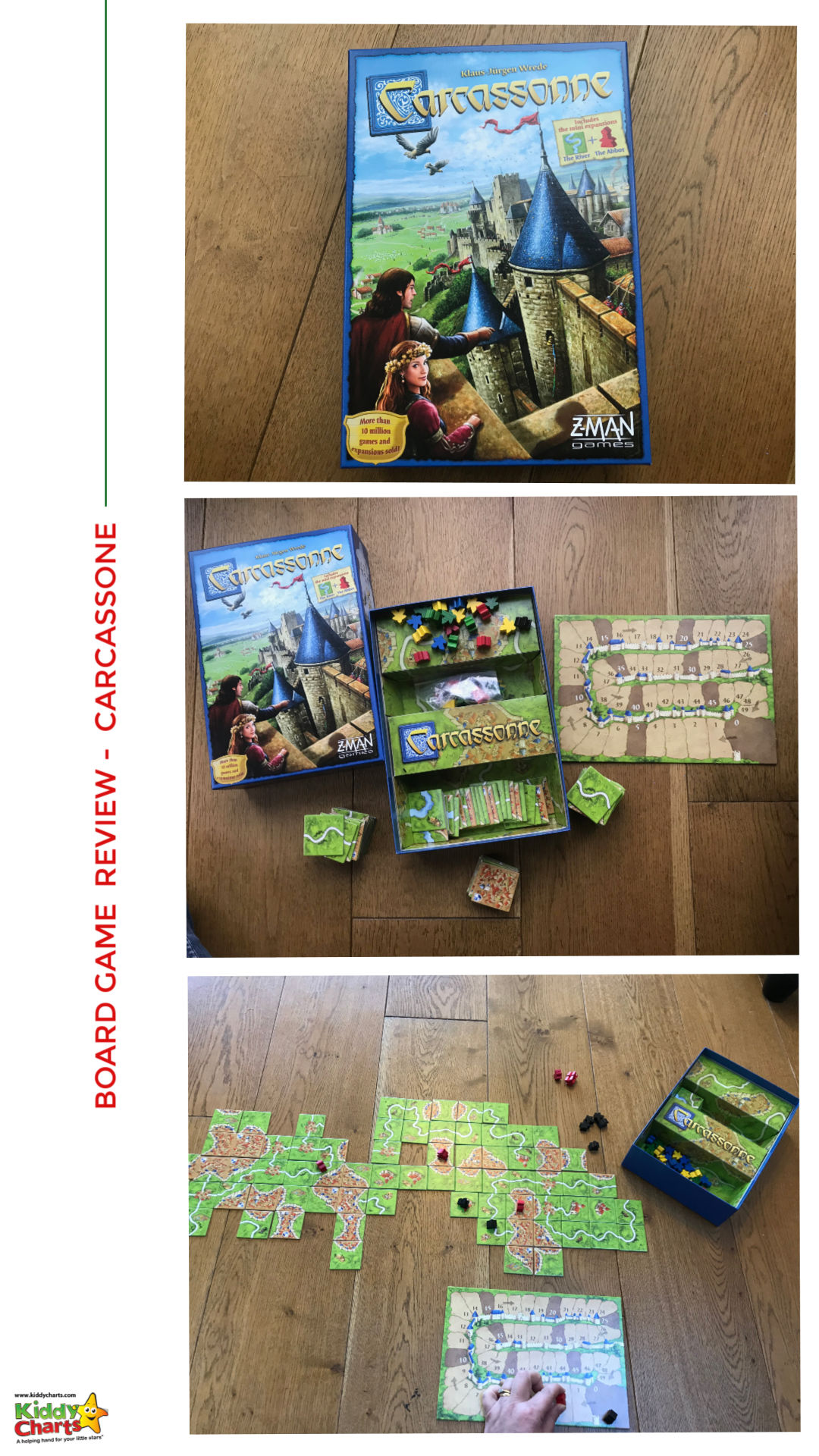 Note: We were sent this game for review, but all opinions are our own. This post contains affiliate links.