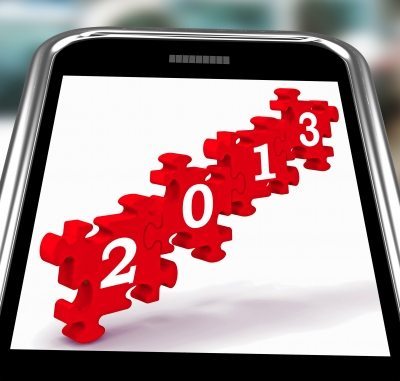 New Year resolutions for kids: do we do them?

The reason I don’t do them is because I feel that I always end up breaking them, and then I feel terrible because I didn’t manage to do them; so they actually end up making me, and probably everyone else that does the same, feel a bit naff about the start of the year.

I probably pick ones that are just too impossible to achieve given my willpower, total manic life, and the amount of cake we have in the house (ahem)…so perhaps if I just decided I would do something simple I would actually manage to get that success I crave?

If I struggle with them, does that mean that kids shouldn’t do them either because then they will feel bad if they don’t manage to keep them too?

If an adult can’t quite muster the resolve around a resolution, then surely the kids won’t be any different – particularly the younger ones. What would a resolution teach your child anyway? Resolutions are all about a new start for the new year I suppose; which is why so many adults go for the “going on a diet”, and the “doing more exercise” shenanigans….

What do New Year resolutions for kids teach anyway?

Could New Year resolutions teach our children how to stick at something, or are they in danger of giving them the same disappointed feeling when they don’t manage to achieve?

Perhaps the trick is to pick a resolution for the kids that is actually going to be easy for them to do, but then, what’s the point in doing that?

It might perhaps give them that sense of achievement, but if it was easy anyway, that feeling will be rather short-lived. If its an intangible resolution, such as trying harder at school, how do you measure success in it anyway?

I would have thought resolutions for toddlers are rather like Rice Crispie cakes; easy to make, but gone rather quick!

Resolutions for younger primary school children would need to be clearly defined and easy to measure the success of. Perhaps something along the lines of making sure they get all their homework done and handed in on time? Or helping with the jobs at home with the aid of one of our chore charts, simple jobs though like making the bed, or putting away clothes, rather than expecting a seven year old to wash the car!?!

If you do want to encourage the tradition in your child, make sure that you know what you are going to do if they don’t manage to keep their resolve….its not easy for adults when that happens. If New Year resolutions for kids fall by the wayside, they might just need an extra special cuddle!

What do YOU think? Should younger kids be making New Year resolutions? And if so, what are your kids resolving to do?

Are you making any resolutions? If you are, perhaps we can help with a reward chart for trying to stop mummy shouting at children; just build a behavior chart as normal using the “no shouting” star we have, but use your picture and name instead of your child’s!

I like the idea of children having resolutions. I think it's a good tradition. I like the idea of a cuddle if they fail.. However I hope to teach my 7 year old also that some things you will fail at ,and not to let the fear of failure stop just giving it a go. At least for a short while you will have tried and who knows where that may lead.

Totally agree with you; wrote a post on that once as well about the importance of them knowing that failure is OK, and actually helps us learn things. I guess its my fault for picking un-realistic reslution all the time...maybe my resolution should be to read lots of blogs, I can do that one?!?! Cheers for the comment, Wendy. :-) https://www.kiddycharts.com/positive-parenting/parenting-teach-them-failure-is-good/