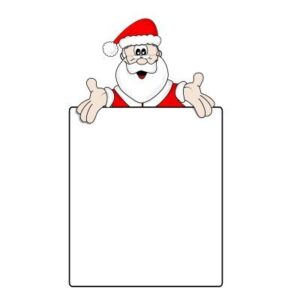 Christmas checklist; what’s on yours? This is mine at the moment, nearly…

I took part in a hangout this week on organising yourself for Christmas; I felt a bit of a usurper really, and probably ended up being there for a bit of the comedy value; because I am NOT organised at Christmas. I am not organised at anything, by and large.

When I did normal work rather than this mad content management thing I seem to be doing now with this bonkers make your own reward charts blog, I would take every single deadline I had right…up…to….the….last….minute. And sometimes beyond it. I worked as a business analyst in those days, so my clients needed the analysis, and my boss needed me to hit deadlines…and usually I made it, mostly by working at midnight the night before to get things done.

Unfortunately, now I am a mum, I don’t seem to have learnt my lessons at all…in fact, I will still be meeting deadlines by being up late the night before, but this time the boss is a seven-year old tyrant, and the night before just so happens to be Christmas Eve.

So, here is my Christmas checklist of what you probably have organised now, and I still need to get done, so if you haven’t quite managed it, do tell me, so that I don’t feel quite so blooming useless won’t you?

And that’s all I can think of….

That probably means there are loads more things to do, and I haven’t thought of them, so don’t take this as a definitive list. Its not. I will think of at least 73 other things that should have been on it at 1am on Christmas Morning.

In fact, listen to the other three in the Britmums hang out to find out how Christmas should be prepared for; rather than use my checklist. Much wiser.

How do mums prepare for Christmas?