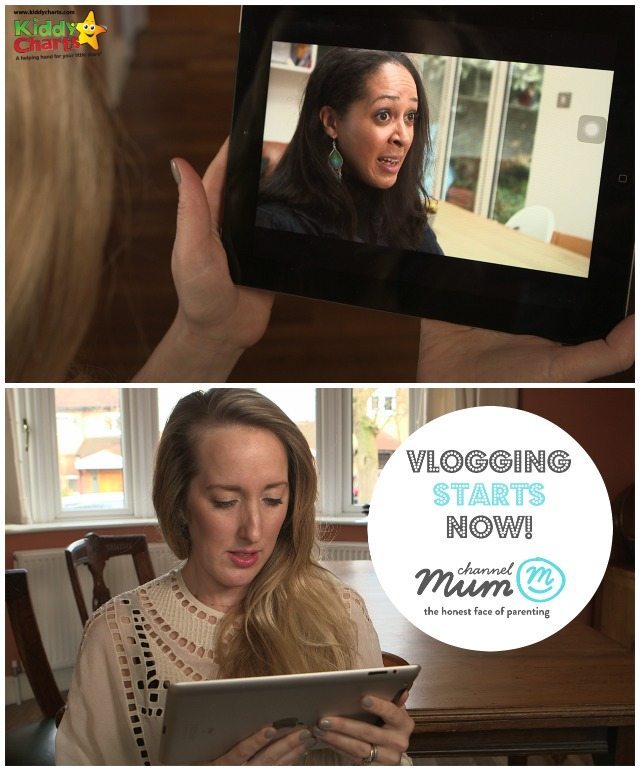 At the end of March, things were a little frantic in the KiddyCharts household, we were preparing to go ski-ing and for some insane reason I decided that this would be a good time to apply to be a video blogger on the new Channel Mum venture, set up by the same lovely lady that founded Netmums. Channel Mum is a network of mums that vlog. I blogged, and had always wanted to vlog, but have never really known how to go about it.

My logic for applying was this:

So the day before I went on holiday I submitted this video – one take, no bullshit, just me:

It wasn’t much to be honest. I wasn’t sure how the advice would take form on the channel I was thinking of, and whether they would be happy for me to do my printables. The ideas I had here mean a lot to me, and I needed someone else to believe for me to get them started. It was worth a shot though. I have already done a fair few hangouts, but not really known where I should be taking them. I needed a mountain guide….

A few weeks later, I was chosen from all those other lovely mums that sent in their videos, and have managed to stay on my feet – no cliff diving as yet. I even published my first channel mum video and associated blog post last week too. We have drawn a worry tree for your kids to help ease anxiety; and its free to download. Why not nip over and subscribe to me on YouTube…promise we’ll be sharing some great free stuff for you and the kids in the coming months, and hopefully years.

KiddyCharts will share a new printable regularly, and vlogging it to help show you what it is all about. From education, to anxiety, potty training, to visual aids; we will be trying to help you out.

I am hoping that Channel Mum will stick with us for a good deal yet. And if you fancy applying to Channel Mum – why don’t you give it a go too? You never know, you might make it, just like me.

If you have any ideas for checklists, educational and visual aids, charts, or games that you would like to see us do, then give me a shout. I would love to hear your ideas, we are always open to thoughts from our readership, and viewers (ooh I just said that!), so come along and let us know what you’d like us to do.