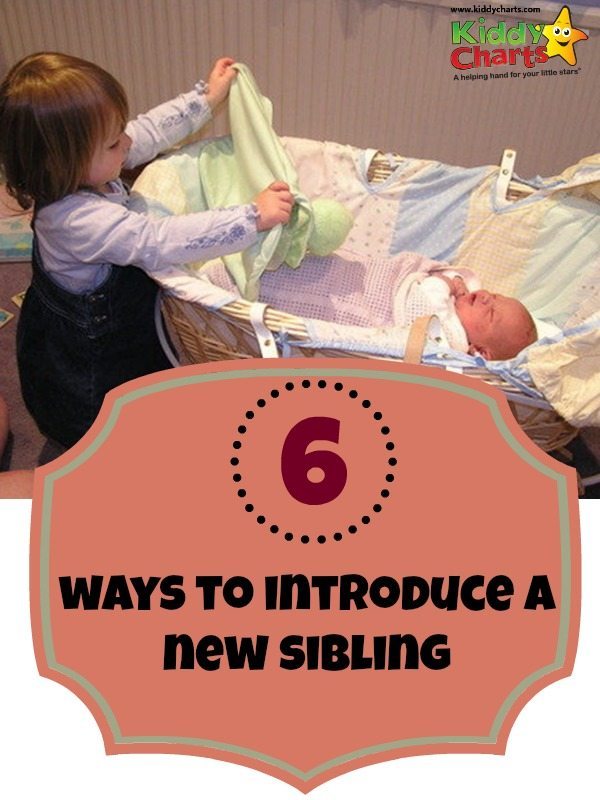 New babies bring lots of challenges, whether it’s the first or the fourth. Every single time the experience is different, and never more so than when you already have another child to entertain, and inspire.

My little girl was only 19 months old when her new baby brother was born. Two in nappies brought interesting times to the family, and we were determine to help my daughter to accept this new addition as easily as we could.

We had try to prepare her as best we could with lots of books during my pregnancy. We had picture books about mummy going into hospital, and also books about new babies arriving into our home. It was important to us that she understood as much as she possibly could about this new little person she would be growing up with.

Before he was born, we went on a shopping trip together to buy a present from her to the new baby; we didn’t yet know it was going to be a little brother. Secretly, we had also bought her a little present from him as well, something that she could enjoy as soon as he arrived. We had chosen a brightly coloured, and actually rather noisy, wooden jigsaw.

She had spent the previous night with a friend as myself and her daddy were obviously rather busy. However, as soon as we arrived home she was brought back and came to meet her brother in our bedroom. He was lying in the moses basket we had shown her beforehand; just so she knew what to expect after mummy came home from hospital.

My daughter has a little cuddle cat she was given when she was born; it was always with her and helped her to settle at night. We ended up buying three so we could at least keep them clean, she was so attached to them. We had bought her brother a cuddly frog that was exactly the same. She was so excited to give it to him. Her cat was so special to her, and she was giving her new little brother something that would help him as much as her cat helped her.

She was fascinated by him, leaning in and placing the frog onto his chest. Even though she couldn’t talk, you could tell she wasn’t worried about him being there. As soon as she realised he had also bought her a jigsaw; well, he could definitely stay!

Ideally to help introduce your kids to a new baby its worth:

So to everyone waiting for their new arrivals, lots of good luck with the birth, and with the new introductions!

I did lots of these with my older two but they took their younger sibling/s very differently.I think other family members were a great help mostly when I had my third in particularly.Thank you for taking part in the Parenting Pin-It Party

Some great advice here, it can be a tricky time for an older sibling to adjust to and making it as easy as possible for them is helpful to all the family. #Prentingpinparty