Obesity isn’t just a problem for adults anymore; it’s becoming a big problem now for children as well. According to a study conducted in the United States (published in the New England Journal of Medicine), children are already becoming obese and overweight as early as the age of 5 and 6. These overweight children are also four times more likely to become obese compared to normal weight children as they grow older. Kids fitness has never been more important….

This means that it is important for you to learn how to help your kids get fit as early as possible. The battle for your child’s health starts early and one of your main weapons in this fight will be exercise.

But how are you going to get your child to exercise if it’s an activity that even adults don’t enjoy doing?

The trick is to keep it interesting. Children love to play and it doesn’t take much to engage them in a physically demanding activity if you’re able to set it up right. They’ll literally leap at the chance to do it if you can make it fun for them.

By far one of the best ways to get your kids fitness up is to exercise and embrace the great outdoors. Hiking is a great exercise for young children and it can be very fun for them if you pick scenic routes. Take them to rivers, a waterfall, grasslands, or even deserts. Any place that engages their natural curiosity and sense of wonder is ideal.

Kids today spend too much time indoors and this is thanks in no small part to all the technology that surround them. They have ipads, laptops, console games, and the TV to provide them with nonstop couch-potato entertainment.

To hammer the proverbial nail even further, the internet allows them to communicate with all their friends without even leaving the house. You can’t tell them that they need to start playing with their friends anymore, because they are. They just don’t need to get up to do it like we used to before. We’re at an age where inactivity has never been more efficient.

So, how do you get your little potatoes to leave the coach? You bribe them.

Call it a reward or tell yourself it’s positive reinforcement if it makes you feel better but they’re the same thing, and there’s nothing wrong with it if it helps you combat the effects of modern gadget culture.

Promising your child that you’ll buy him ice cream or that you’ll take him to the toy store is ok especially if you’re doing it to get him out of the house and be more active. This’ll become easier later on or might not become necessary anymore once they realize how fun hiking can be. But a little bribe here and there to get them excited never hurts.

Let Them Crawl, Walk, And Scale

For the very young, exercise is as easy as letting them become more familiar with their developing motor skills. So it’s best for toddlers that you resist the parental urge to pick them up whenever you think they’re struggling at something.

It’s ok to let them keep attempting to stand up or walk. Just make sure they’re doing it either on the bed or on a very soft surface like a thick rug. It’s fine if they keep falling down, that’s bound to happen when they’re still young. Just be there to supervise and to make sure nothing bad happens.

For slightly older toddlers who have already gained the knack of walking, let them. And again avoid the urge to pick them up when they struggle especially when they go up and down the stairs. Yes it might slow you down but letting your child climb the stairs by himself is great for developing his balance and strength. Just hold his hand and be ready to support him.

You can also bring them to an accessible playground and let them play in the sand or try to get over obstacles. Basically just let them do whatever they want. At this age they’ll be more than happy to run around without too much urging especially if there are other children around them.

Ok, so it doesn’t actually have to be a garage full of stuff, even just a box full is enough. Having bikes, balls, frisbees, jump ropes, water guns, and pretty much any other fun toy that’ll get your child to go out and play is a great idea. You don’t have to buy these all at once, you can collect them over time. Having them at your house will help encourage children to leave their ipads and console games to play more active games.

One strategy to keep your kids fitness levels up is to just make it easy for them to get running about. Give them the gear they need to play physically active games and they’ll figure out all kinds of things to do with them. In fact, according also to a blog post of Playgroundequipment.com, by doing these you can refine communication skills between you and your kids since you surround them with particular objects.

If you could set up their own playground with even just semi-complete playground equipment, that’d be even better. At least this way, you’ll be able to monitor them.

Yes, you read that correctly. Playing video games can also help your child become fit. If you can’t get them to stop playing console games, then buy them the ones that actually require them to move.

There are a ton of games on Wii as well as other consoles that require the player to move a lot. Games like tennis where you have to chase the ball, boxing games where you punch for real, and dancing games where you need to copy the moves can actually give you a good workout.

If your kids are going to play console games anyway, might as well make sure they’re keeping active, right? You can even join in and make it a fun family activity.

Teach Your Kid A Board Sport

Teach your kid how to use a skateboard or take him surfing once he’s old enough. It’s a great way for your child to develop a physically engaging hobby.

Board sports will help children develop better balance and leg strength. It’s also something that can normally only be done outdoors so he’ll be forced to go outside to practice.

For indoor play, you can get him an indo board balance trainer. Just make sure you’re supervising when he’s playing with it.

Make sure you get him all the necessary safety gears as well. This might not be enough to completely ease your fears, but when you have a growing child, nothing really is.

Give Your Child A Big Dog

Hit two birds with one stone by giving your kids a big dog. Tell them that it’s their responsibility to take care of the dog. They have to clean him, feed him, and take him on walks.

This is a great way to teach your children how to become more responsible as well as getting them to regularly exercise by walking and playing with the dog outside.

Big dogs are great for this because they’ll require a little more strength to handle so your kids will be getting a good workout just holding on to its leash. Even bathing it will become a mini workout because they need to scrub and comb a bigger surface area.

Wax In, Wax Out… The Car

No, it’s not child labour. Well maybe it is, a little. You normally have to wash the car at least once a week and it’s not something that most owners look forward to. *I suspect my guest blogger washes her car A LOT more than I do ;-)*

Instead of it being a chore, why not make it a family fun activity by bringing in the kids to help out. Because of the surface area and the stages involved in washing a car, it can actually become a really good workout for their arms.

Ask them to hose the car, soap it, and then buff it with you. It shouldn’t be too hard to convince them to help. They’ll have unlimited soap and water there, I imagine they’ll find a ton of creative ways to make it fun for them.

Give Them A Pedometer

We use pedometers like fitbit, nike+, and jawbone to keep track of how active we’ve been per day or week. Why not do the same for kids?

Give them a pedometer and explain to them how it works. Make it a game for them. For example, you can set up rewards for every milestone number of steps that your child is able to achieve.

If everyone in the family has one, you can even set up competitions to see who has been active the most at the end of the day or the week.

This’ll give your kids a reason to keep moving all throughout the day and hopefully it’ll help them develop a better appreciation for outdoor activity.

Enroll Them In A Martial Arts Class

Instead of enrolling your kid in a sports club (which is not a bad idea by the way), why not enroll him in martial arts class instead. Most major gyms will have a class for kids and they’ll accept students as young as 3 years old.

Martial arts are great for teaching the kids body mechanics and the limits off their body. It’s also a great way to build strength, balance, agility, and coordination.

But the benefits of Martial arts classes for kids don’t just stop at the physical; children learning it will enjoy mental and emotional benefits as well. It’s been shown to develop discipline, self confidence, mental strenght, focus, courtesy, and curb aggressiveness.

An even better idea is for the parents to learn martial arts as well (if they aren’t already) so that they can train with their children or at least in the same gym or dojo.

Bring Your Child To Walkathons

This is not only great exercise for your kids but it’s also a good way to introduce them to causes early as most walkathons are done to support or fundraise for a cause.

Walkathons are non-competitive and they’re not as intense as marathons or fun runs so they’re perfect for children. It’s also very common for parents to bring their kids to walkathons so if one is being held in your community, chances are some of your kids will have friends who’ll be joining.

Keeping your child healthy is your job. Growing up fit versus growing up overweight or obese will have a huge effect on not just his health but his self esteem as well. So it’s important for parents to encourage their children to become active at a young age and that they continue to reinforce the positive behavior of their children towards this end.

An active child is a healthy child and ultimately a happier one.

What do you thnk – do you have any other ideas for keeping kids fitness a priority in your household. 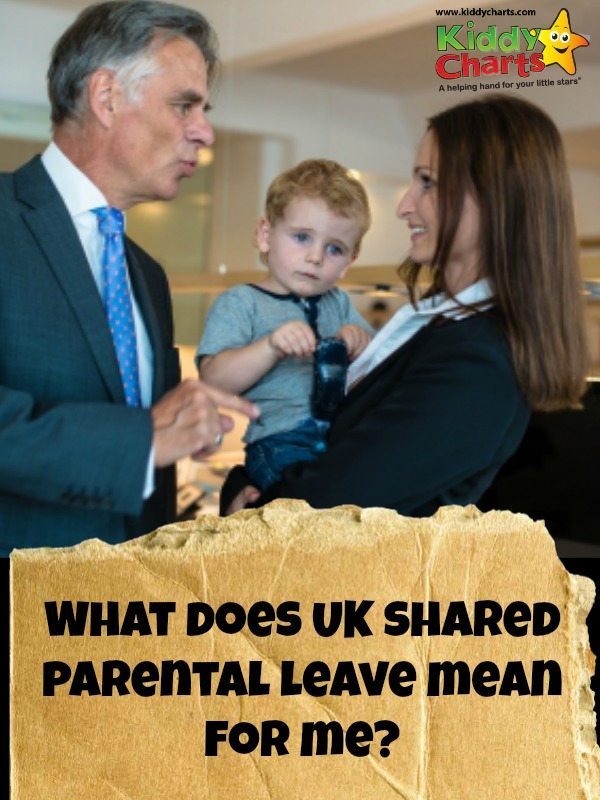 What does Shared Parental Leave mean to ME?
← Read Last Post