Last Friday we were lucky enough to go to Stratford Shopping, and to also celebrate the Westfield Shopping Centre’s first birthday.

Despite it not being far, it was the first time we have ever been… *shoppingfail.*

They even have a fair number of events for kids on, which we had also never been to… *mummyfail*

As is ALWAYS the way when I try to get into London, the train service was utter rubbish.

However, thanks to mummy’s magic rucksack, which is not unlike Mary Poppin’s carpet bag, we made it unscathed in the end.

We had a wonderful if rather tiring time when we finally arrived. Kiddies didn’t get into bed until 10pm. Which, as they wake up the same time whenever they go to bed (why is that?) did mean Saturday might be an interesting day…

I shall let the pictures tell their own story. But our hostess was lovely and the balloon woman was the best I have seen! I don’t claim to be a balloon modelling connoisseur but anyone that can make a Spiderman from balloons that gets past the Stuntboy test, is alright by me. Oh, and she makes monkeys, dinosaurs, swords, flowers and anything else for you. It’s a challenge to beat her I suspect…

The main problem with the centre was my sense of direction, and having to pull Stuntboy form the Lego shop and Chatterbox from the Funky Fairies one…no stereotypes there of course. Oh, and me from the Buttercup Cake Shop too, which is NOT going to help my ability to fit in my MAD Blog awards dress….

Having said this, there are some fabulous touch screen information points that made me feel rather like I was on the deck of the Starship Enterprise and all was sorted out in the end.

But that was my only complaint…there was plenty for the kids, and the range of shops is excellent. A great mix of chains, and some independent retailers too.

So, I know where I am going to do my Christman Shopping now, but don’t tell anyone else though. It’ll get crowded. 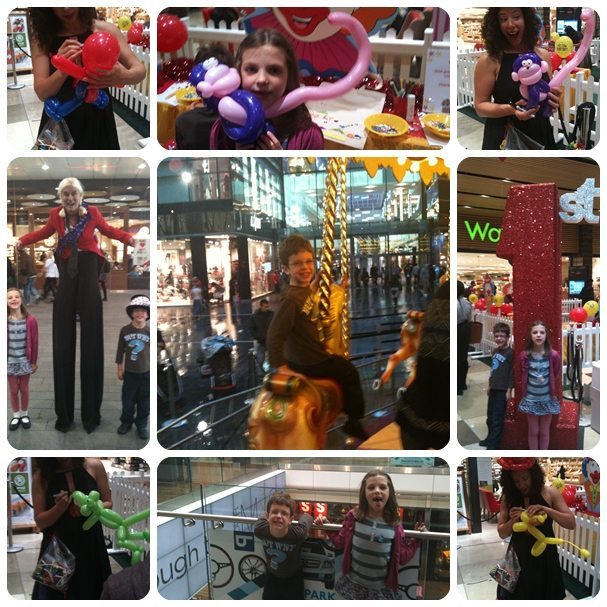 Stratford Shopping Centre: Does it work for kids?

We were given a voucher to spend at the centre on our visit. However, all opinions in this are KiddyCharts and our team’s own.

beautiful images.It looks these childs are doing so fun.