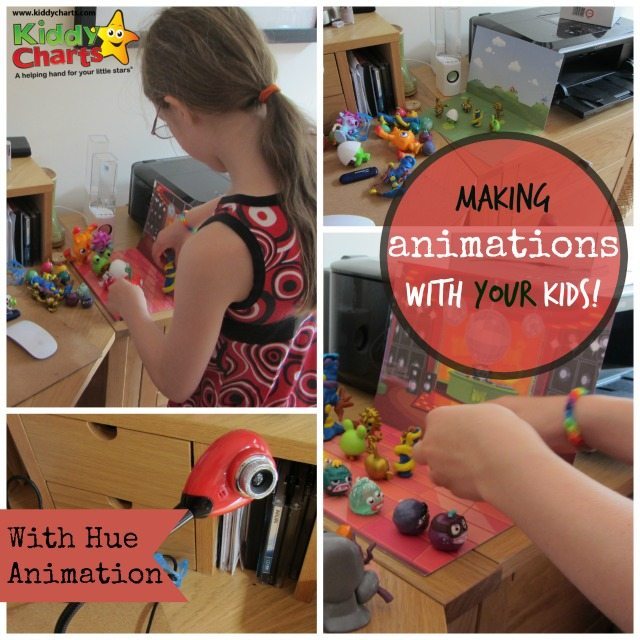 software and motion capture camera kit. My kids are seven and nine and this seemed like a wonderful opportunity for them to do something a little bit special with their time after school, and at the weekend. 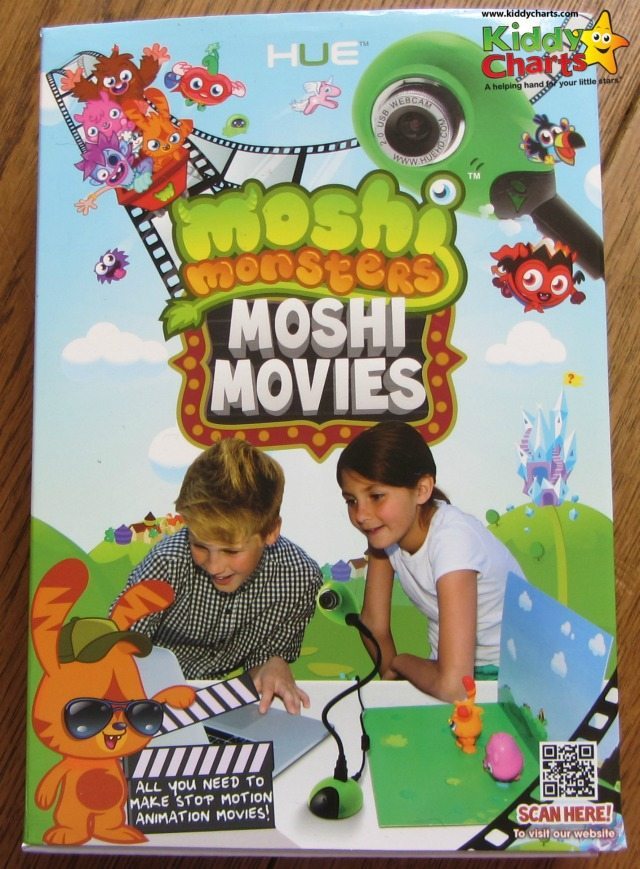 What is Moshi Monsters Hue Animation?

I think probably the best way for me to show you what this is, is to show you this video…

This was made the first time the kit came out of the box!

Essentially, what is included is software, scenery, a camera, instructions and some plasticine for the kids to get creative with. The instructions are very simple to follow, and my nine year old was away not much more than ten minutes after opening the box.

The software is designed for kids over 6 to create their own motion capture films really easily. Kids can get to grips with the world of animation without expensive kit. The whole package retails at around £60.

What did we think of it?

The kids absolutely love this software, and the general idea too. Look how creative my *won’t sit still, never listens* Stunboy got with his plastacine:

Almost immediately, the software inspired both of them to really think about a story line for a film, to make the characters that were going to be included, and then to get to work making the animation. The Moshi Monster box was tipped out all over the floor, and the hunt was on for the new Moshi film stars… 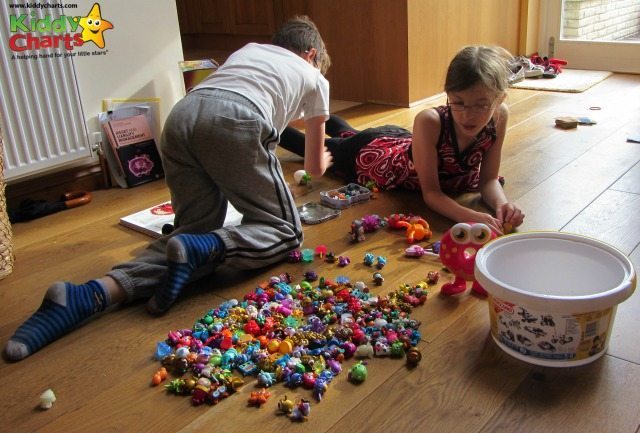 The instructions and controls for the film were easily explained in the booklet that comes with the kit – with the characters from the Moshi series helping your kids to understand what has to be done: 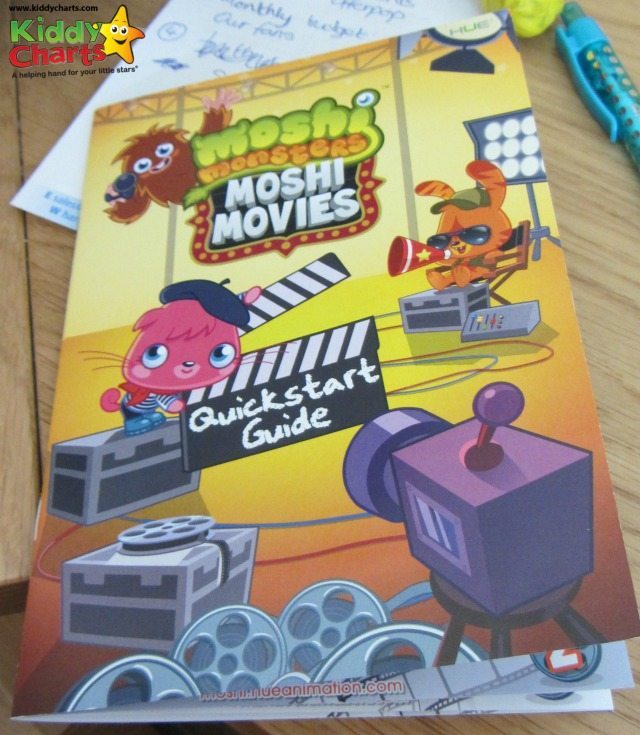 It was even in language that 7 and 9 year olds could get to grips with, lots of clear explainations, and pictures to help. Even I understand it too! 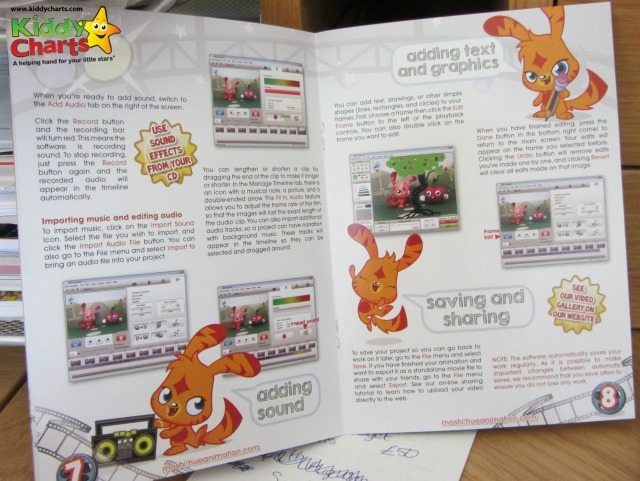 The scenery was small but simple, so the kids were able to set up their shots without too much difficulty: 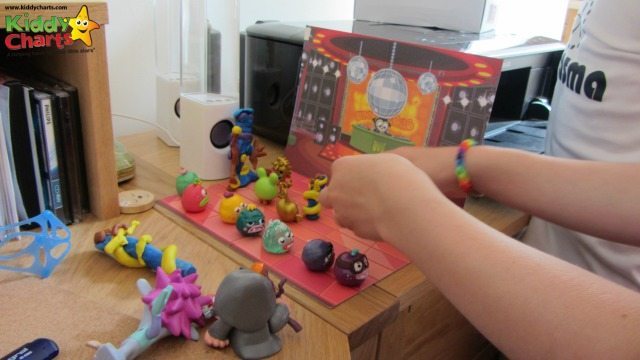 A couple of hours was spent making the film above, which is only a few second, but the kids are so proud of it. That is worth so much more than the time they took creating it:

“Mummy, we made a cartoon!”

We love this software, and so do the children. It is something that my children are always keen to “show” the kids that come to us on playdates, and it has given me a fair bit of time for housework over the last few months. *or Facebook time ;-)*

I don’t usually give such high marks for my reviews, but I wouldn’t hesitate to buy this for older children that are a) Into Moshis or b) Keen to explore animation and use the family computer for something a little more contructive than Minecraft. The minor mark down is because of the limited scenery that comes with the software, and the instructions for downloading more, which we ended up giving up trying to understand. Perhaps this is my fault though….despite having my own website, I can be a total tech dunce sometimes.

In fact, it wasn’t too long before the animation software was being used to explore some of the other wonderful toys that the kids have. You can imagine how perfect this is going to be for Lego can’t you? 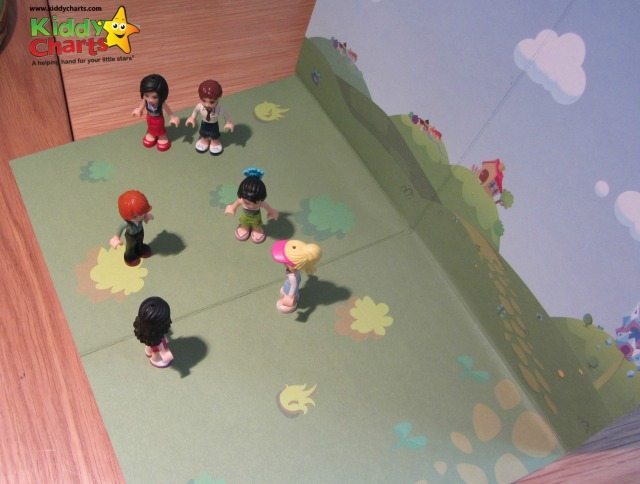 We were provided with this product for the purpose of this review free of charge. All opinions are our own. This post comtains an affiliate link

this is very useful . earlier i was not aware of many things told in.

I've worked in stop motion animation before. It's sooooo much fun!

Helen, this is such a neat movie maker and the price is right too. I'm going to get this for my own kids and might even try making a movie with it myself. :)

I accustomed love doing basic stop motion animation once I was very little, and this code appearance like it makes the method plenty easier, I particularly just like the look of the bendy camera. feels like a superb thanks to encourage children to be artistic, and your son has done a pleasing job!