We got some lovely stuff to review. It happens to us here at Little Star towers sometimes.

This was different though; THIS free stuff was much anticipated by Chatterbox as it involved her favourite thing and my least…craft. She had got to the end of her progress chart, and she wanted a craft session with mum. So that’s what we did.

By and large, I am crap at craft. Well, actually, I think I am crap at it. I chatted to Red Ted Art about it once. She’s rather good at it you see…

I actually realised that it was me that was the problem, I am perfectionist so I need to LET GO! Just accept that things won’t look like the pictures.  It’s not about the finished article it’s about the journey and the fun you have on the way.

Guess what, I did let go and this is what happened…..

We were sent the kit for making an Underground train, and two lots of free play packs. We didn’t really have the stuff for the train (yet), so the kids just dived straight in to the free play.

And my did they have a lof of fun…. 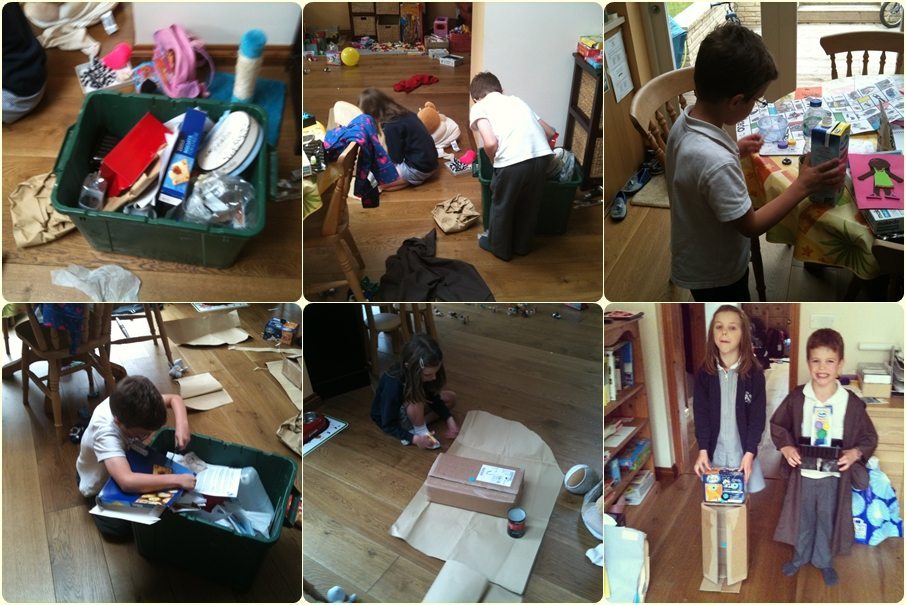 makedo fun; See even mummy can make something with this!

It was so easy to let their imaginations just run wild with the free play kits. We dug about in the recycling bin and they both wanted to make a robot. Robbie and Boxxy apparently. Stuntboy made a little one from a rather healthy Cranberry juice box, and Chatterbox a big one; from the box the makedo actually arrived in! Now that’s what I call proper recycling.

The punching tool made it easy to break through the cardboard

It was, however, much harder with the plastic, and mummy needed to help. But that was OK; I was, after all, letting go!

The connectors (re-clippers) were easy too; my little Stuntboy at 5 was able to help out. Robbie was finished easily in just one after school play session.

What do you think? Not bad for the world’s crappest crafters, Eh?

The makedo was provided for the purpose of review and this post contains affiliate links. All the opinions here are mine and Little Star’s own of course.

I tend to do a lot of these thing and I really try to get my kids to eat healthy. I do need to work more on the exercise though and stop with the junk as well as the good stuff because it just cancels it out.