This is a sponsored review.

It appears that you can find THE most peculiar things in the jungle these days…..

Crisps in the Amazon – who would have thought it, and purple monkeys too…quick call David Attenborough now, we have discovered a new species Monkeyus Purplus – and his favourite crisps seem to be Walkers Mighty Lights!

Apparently they are a wee bit better for him that normal crisps, so could be a good alternative to his usual monkey lunch box crisps as they are (serious stuff….):

Not only this, but his owners seem to like them…they managed to tuck into them rather nicely with their healthy lunch a few days ago…wrap, crisps and all! 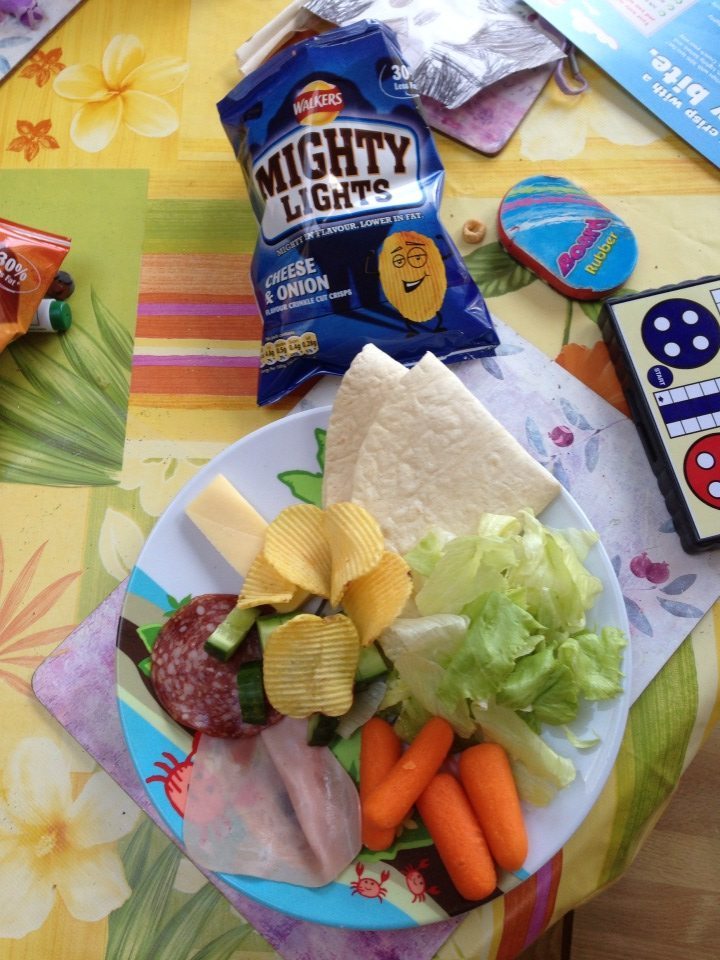 Chatterbox, who looks after me once in a while, even made a self-portrait with them! She thought they were rather yummy, and even said:

[pullquote]I don’t normally like Chicken crisps, mummy, but these ones are actually rather nice.[/pullquote]

In the jungle we don’t tend to take packed lunches, but like to go searching for our own food.

However, when we want a packed lunch, we don’t normally add crisps. Why? Because jungle parents are a stickler for healthy eating, as you can see from these lunch photos. They do allow us crisps once in a while, but not too regularly. With 30% less fat, we might get away with having a few more packets in with our lunch boxes at school. They won’t replace the bananas, but they could definitely make a nice wee treat alongside them.

Bring on the Prawn Cocktail say these jungle friends! Croc wants to go hunting for them in the Amazon River, freshwater prawns are THE best for crisps (apparently). Despite the lack of Prawn Cocktail, the three flavours available did go down well, as you can see. Favourites were:

So clearly, something for everyone.

If you do, what did YOU think of them? With you be giving them to YOUR cheeky purple monkeys?

We received three multi-packs and were also paid for this review. However, all the opinions, and animals are our own. No cheeky chimps (or crocs) were harmed in the making of this video, unless you include sticking your hand up the purple monkey and green croc puppet’s bottoms. Which we don’t. Enjoy your crisps :-D