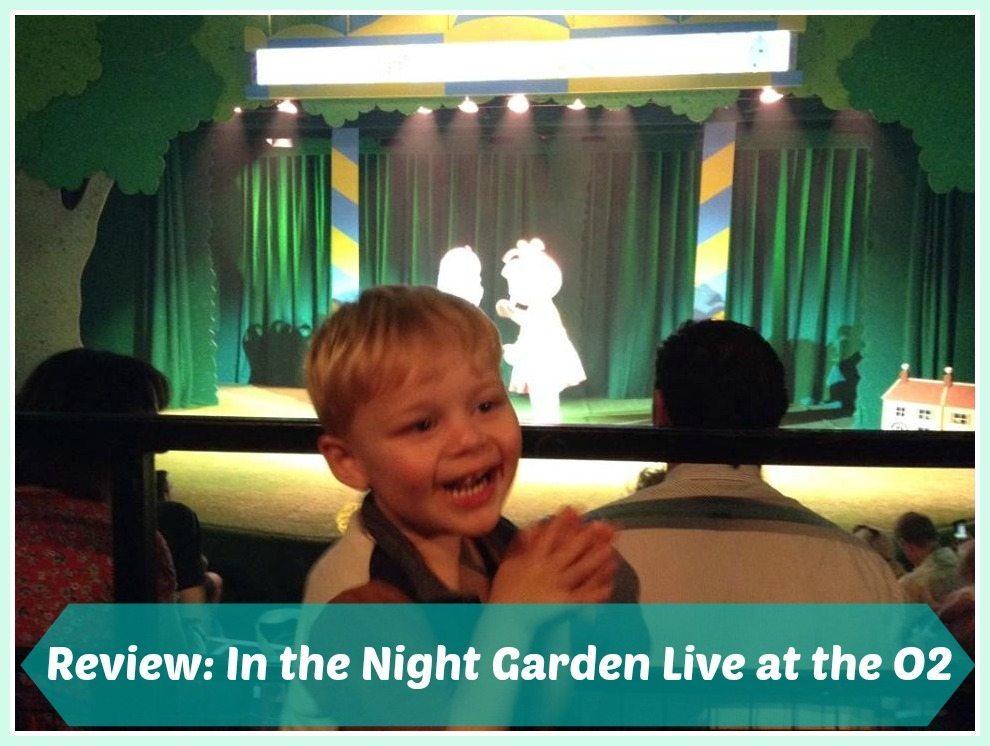 Being given the chance to take my young grandson to see In The Night Garden Live at the O2 was too good a chance to pass up. It was also going to be the first time he had been on a train and a week before his 3rd birthday. The timing couldn’t be better!

We set off from Cambridge (along with C’s mum) at 10.15am London bound. C was delighted to be on a train and his face was full of smiles.  “This is going to be the best day ever, nana” C told me.

The underground can be daunting at the best of times, especially so with a 3 year old. We made the decision not to take the pushchair and told C that he must hold our hands at all times. Thankfully there were no tears and tantrums when we gripped his hand tightly to make sure he was close all the way. He really did enjoy the adventure and travelling through the dark tunnels.

We arrived at the O2 in plenty of time before the show so we took C to see the river and how wide it was. He seemed more concerned about the pigeons that were pecking about nearby.

We made our way into the O2 which was surprisingly quiet. I had imagined it to be very busy with lots of people bustling about.

C, however, was pleased to see life like images of his favourite In The Night Garden characters along the way to the arena and we took several pictures with him and his idols.

When the arena opened its doors to the next show (we opted for the 2pm showing) the people at the door scanned our tickets and we were ushered into the relevant queue.  There were 2 queues, premium and standard. We had standard tickets and, never being late for anything and always opting to show up much too early, we were near the front of our queue.

Obviously, premium holders were allowed in first followed by standard.  There were 2 aisles for premium tickets and 4 for standard tickets and each aisle were only allowed out when the previous aisle emptied so there was no queue jumping for those who turned up later.

We could sit where we wanted in the arena and we chose to sit near the front of the standard seating. A projection of the garden and Ninky Nonk train were displayed above the stage with the Ninky Nonk disappearing and then coming back again, much to the amazement of the children.

We had tickets to see the Pinky Ponk show which started promptly with Makka Pakka who was looking for some faces to wash. The show went through all the characters who each had their faces washed, including the Pontipines. The show switched between adult sized characters and smaller, puppet sized versions. Although I found this to be a bit weird, the children loved it with lots of laughter.

C absolutely loved it!! I think he laughed pretty much all the way through and, as bubbles were blown into the audience when Upsy Daisy’s face was being washed all the children tried to grab them. The characters were very lifelike and not at all scary which can be the case in some shows. Each of them were very recognisable from the TV show. I believe that each child probably has their own favorite character which reflected in the level of cheering when each individual one came onto the stage. Upsy Daisy was C’s favourite and was met with lots of clapping and cheering. 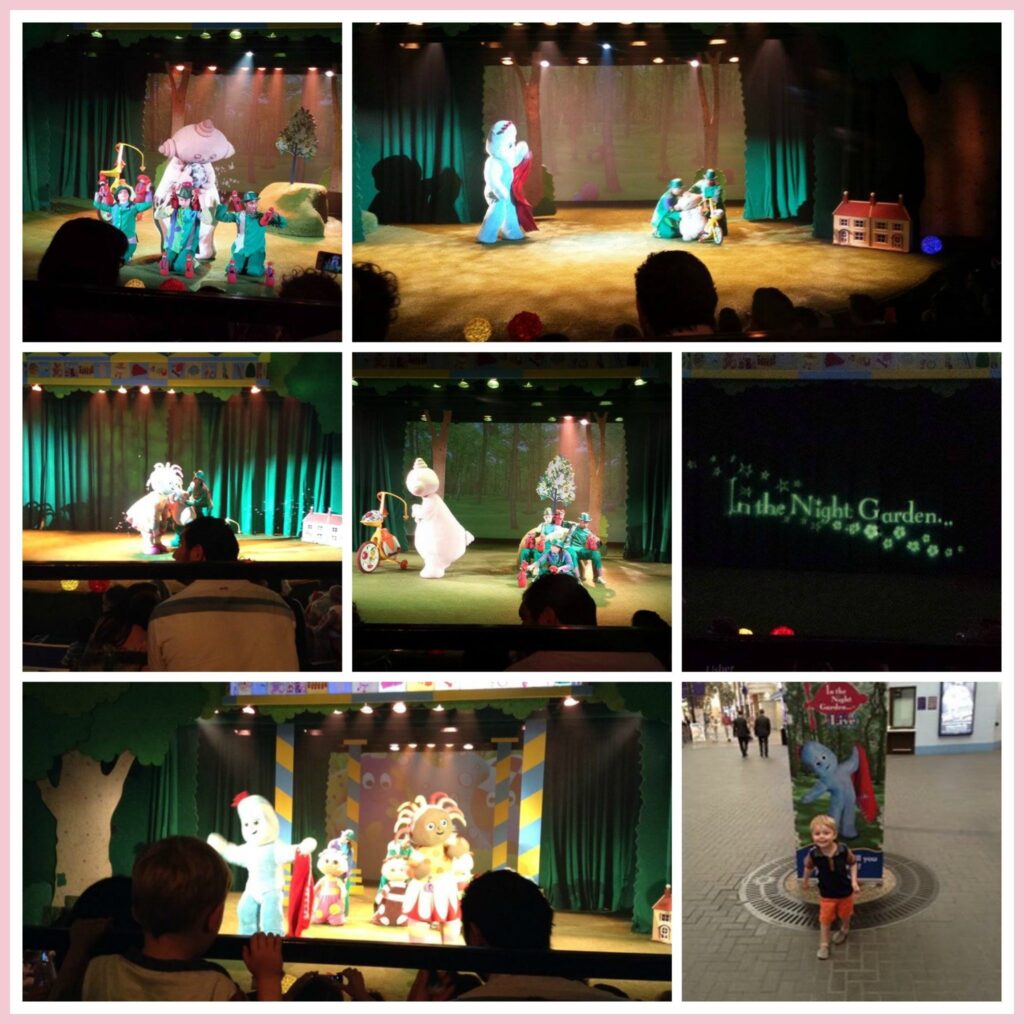 This was an extremely well put together production which kept the children (and us) entertained throughout the whole show.  I only have a couple of issues. The first was the seating. These were not proper seats but low level stage like steps with no back support (I have quite bad posture when sitting and get back ache very easy when sat down).

Secondly was the price of the ‘souvenirs’.  The inflatable balloons were priced at £8 which I did feel was very steep. There were other souvenirs available but the whole day could have been extremely expensive if you wanted your child to have lots of things as a reminder.

On a plus side, all tickets holders got a souvenir guide which was packed with activities and the goody bags which were available (these could be pre-ordered with a £5 discount) were very good value for money. Unfortunately, with C being slightly older, not everything in the goody bag would have interested him but he settled for a flashing windmill and didn’t seem to notice the inflatables ;-) We didn’t need to utilise the buggy park but there was plenty of space and the area was secure.  There were also plenty of toilets (mobile toilets) which did seem clean enough.

There was also an option for your child to have their photo taken with one of the characters.  We didn’t take this up and were quite glad we didn’t as the queue was long and we were all getting tired and hungry.

Overall, we really enjoyed the show and we would take C to something similar in the future.

Disclaimer:  We were provided with the tickets (excluding travel) for this review, but all opinions are our own.