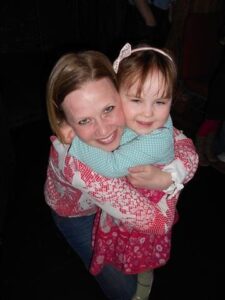 We have been lucky enough to be sent tickets to see Megson live…and we’d all been looking forward to seeing the award-winning folk duo (Debbie & Stu Hanna) at their ‘Family Folk Show’ since reviewing their album for children “When I Was A Lad…” a couple of months ago – Phoebe, 3, won’t have any other music playing in the car and had been so excited she was counting down the ‘sleeps’!

First impressions at The Junction in Cambridge were that it was nicely geared up to the family session, with colouring sheets and crayons on the tables and a small toy/play area, so our young reviewers got straight down to the important business of colouring in, which helped keep their excitement in check until the gig started ;-)

(As an aside, we were impressed to see regular children’s entertainments in the calendar at the Junction and will definitely be looking in to going to more family events there.)

What the kids thought:

We’ve been making up lots of different colours for verses in “Jenny Jenkins” and we told them to Debbie at the end!  I liked that we got to talk to her and have our photo taken with Debbie & Stu. I loved dancing by the stage and the bubble machines were really good.  I really liked hearing them actually sing the songs, as well as listening to the cd.  My sisters and I think “I won’t wear pink, oh, what would people think?” would be a good one for Jenny Jenkins, and “I won’t wear red, I wouldn’t be seen dead”, that’s funny, and “I won’t wear white, it’d give them such a fright”. Oh, and “I won’t wear yellow, ’cause the colour isn’t mellow”.  Yellow’s my favourite colour.

I loved having the opportunity to see Megson live on stage. I really enjoyed listening to some new songs and singing along to the ones I knew.  It was really fun and I had a great time with my sisters at the front, dancing – especially when the bubble machines were turned on! They were a huge hit with the little kids.  I think Debbie & Stu chose a great selection of songs and altogether it was great family fun for all ages.

The girls liked seeing the instruments set up on stage when we first went in, and trying to work out which were in each song. Debbie & Stu sang several favourites from the album (thankfully including Phoebe’s absolute favourite “Bee-O” ;-) ) and some additional songs too, accompanied by Debbie’s animal drawings for the audience to join in the with appropriate noises and…..the absolute icing on the cake as far as the children were concerned – BUBBLE MACHINES!!

All three girls were quick to go down and join the “Bubble Mosh Pit”, as Debbie called it, dancing and singing away and catching & popping bubbles. Zoe was, I think, quite a bit older than any other children there, but loved it and was happily joining in too.

They all loved the whole show and were absolutely thrilled that Debbie & Stu had a photo with them at the end – Phoebe gave Debbie a lovely cuddle!

A HUGE family hit.  I would say Megson have definitely hit the nail on the head, appealing to toddlers and their families – our three-year old is obsessed (only word for it) and the older two love Megson & their songs as well – and not just because they’re humouring their little sister.  Mummy & Daddy had a great time too, and loved seeing the girls thoroughly enjoying the experience at their first ever gig.

I’d say you couldn’t get better praise from a three year old than that ;-) 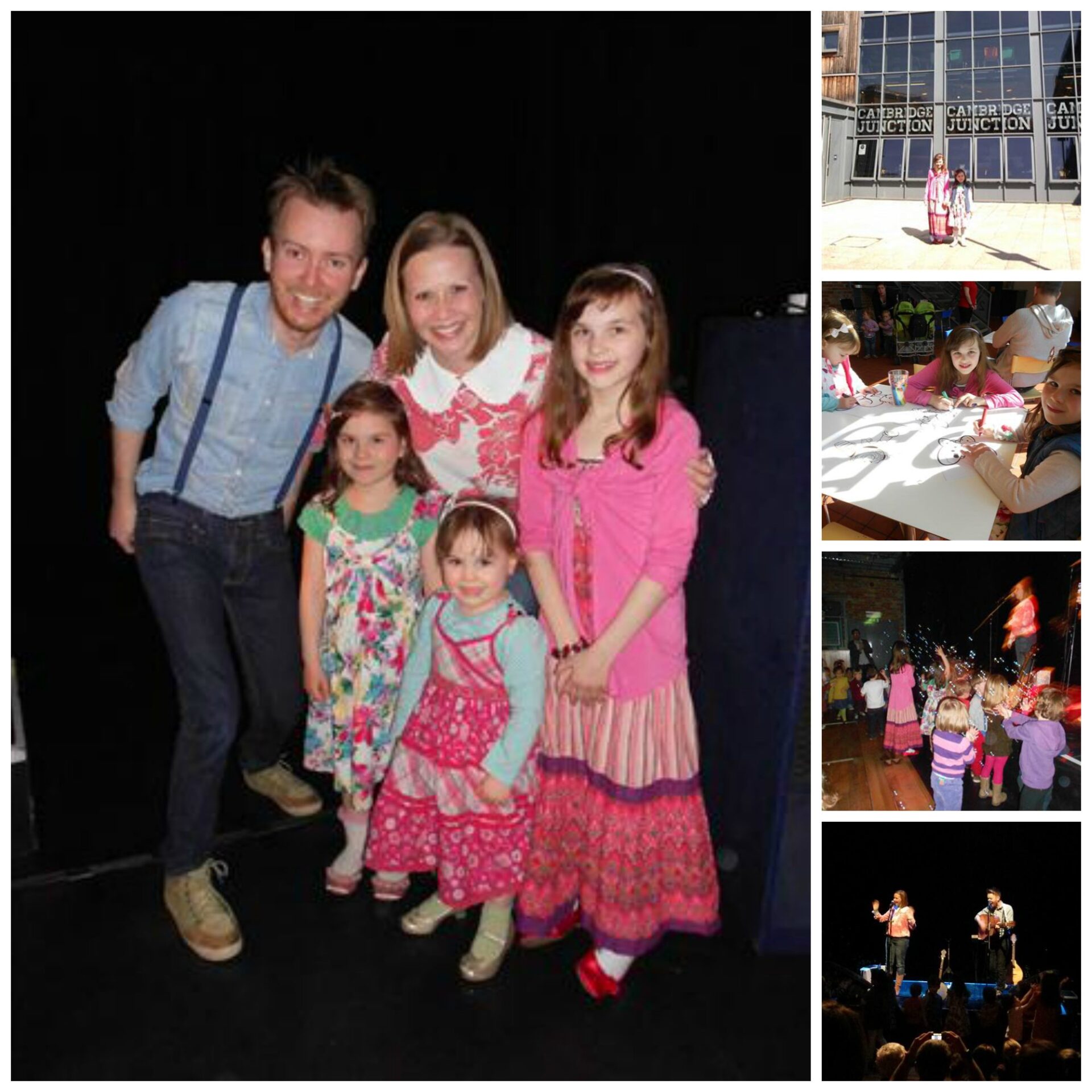 We were provided with the tickets to the show for the purpose of this review. All opinions are our, and the kids, own of course. No chocolate bribery required ;-) This post also contains affiliate links.