We were lucky enough to have been sent, in super quick time, a couple of Lego sets from Cuthberts Toys; a pretty local Toy Shop (Hertfordshire).

Lego in our house is a major undertaking… 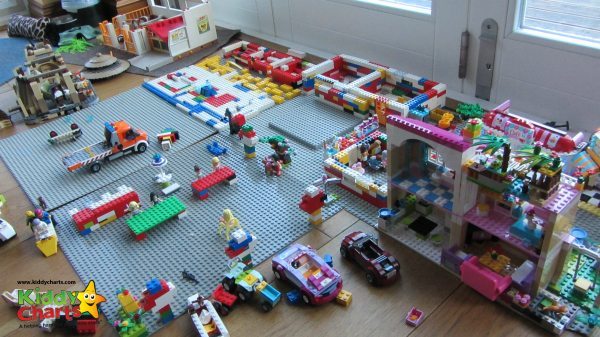 This is my lounge, and this is how my lounge stays…we are NOT ALLOWED to remove ANY of the Lego.

And so, this is not Lord Business from The Lego Movie at work; this is my kids. They are rather particular about the Lego World that they have created in this small part of Essex. It is NOT to be disturbed, or something very much worse than stepping on a Lego brick will happen to you. 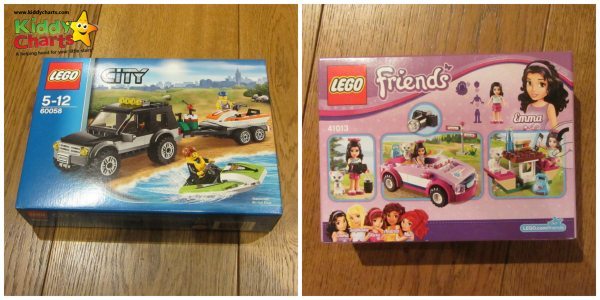 Friends Lego for Chatterbox (Emma’s Sports’ Car RRP £12.99), and City Lego for Stuntboy (SUV with Water Craft RRP £17.99); perfect. They were never going to be anything other than massive hits.

The kits were out of the box and added to Lego World within about an hour of getting them. Most importantly, they didn’t require any assistance from me at all. As usual with Lego, the instructions were simple, clear and fun.

I have to admit that there is a bit of me that wonders why Friends Lego exists; I managed fine with my railway tracks, yellow men, red bricks and construction workers when I was a kid. However, my daughter loves it.

In fact, you can already see the finished car parked outside her Friends Lego house, along with the other Lego vehicles. They are parked just in front of that tree – which obviously suffered badly in the storms.

Lego City is one of the more affordable ranges within the Lego catalogue; and as much, Stuntboy has a few already. The SUV was added to the collection, and a beach built to make sure that the jet-ski had somewhere to play… 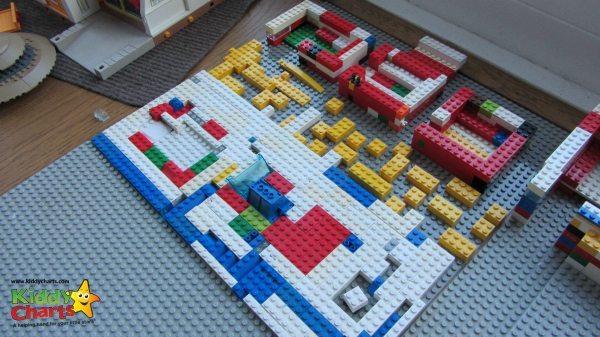 Lego is a wonderful thing…just let their imagination run wild. We have our 70s Lego combined with the modern kits, and I love nothing better than watching my kids playing with it all.

In all honesty, I don’t mind not putting it away, but don’t tell them that :-D

We were sent the two Lego kits by Cuthberts Toys for the purposes of this review. All opinions are our own; and the Lego ideas too.