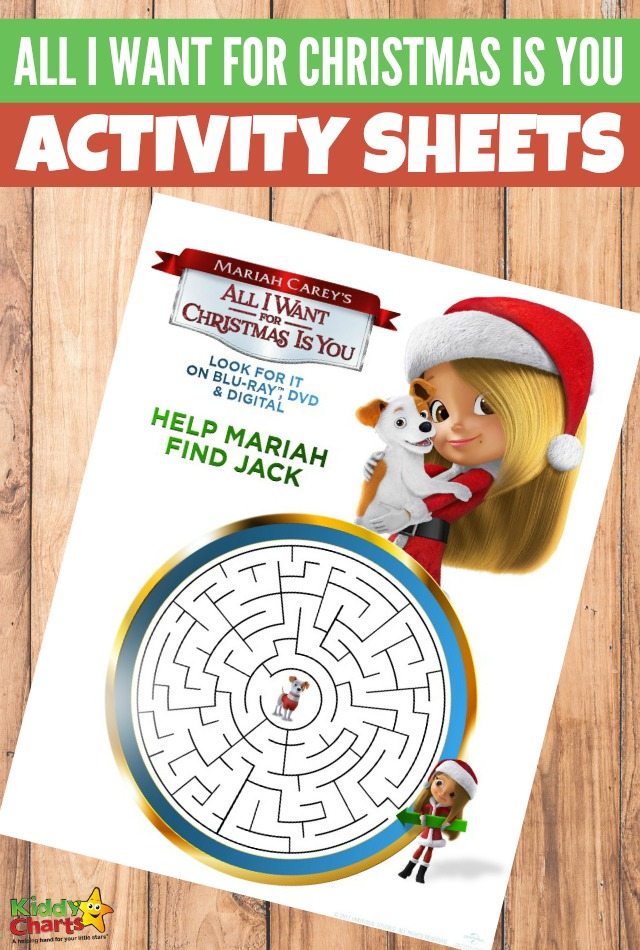 All I want for Christmas is You Maze Activity Sheet

Are you in a festive mood already? We sure are and just can’t get enough of wonderful and jolly Christmas activity sheets. We do oh so love the ones that are centered around fun, such as this wonderful and tricky to solve maze.

Can you help Mariah find Jack? 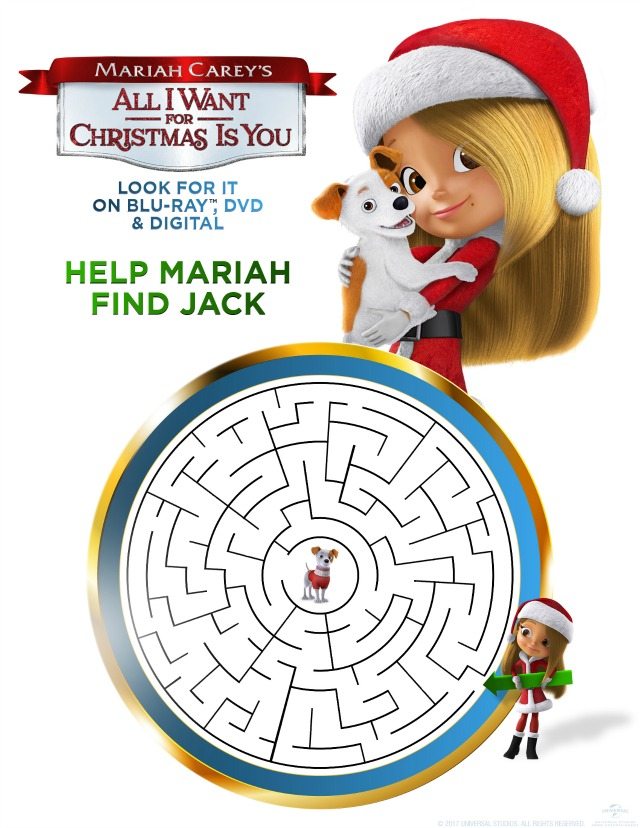 Mariah Carey’s All I Want For Christmas Is You available on Blu-ray, DVD and digital download
on November 13, 2017 from Universal Pictures (UK)

If you want a sneak preview, then here is the trailer too!

Mariah Carey's All I Want for Christmas Is You - Trailer

Prepare yourself for a wonderful Christmas adventure with this film. But what is it all about…?

When Little Mariah (Breanna Yde) sees an adorable little puppy dog named Princess at the pet store, she can’t help herself and knows just what she wants for this Christmas.

Before her Christmas wish can come true though, she must prove that she is responsive enough and can dog-sit her uncle’s dog, Jack, a scraggly rascal, who is, in fact, the worst dog in the county. Talk about a tough job!

Jack turns Mariah and her family’s perfect holiday preparations upside down in many hilarious ways. It sure wasn’t the Christmas Mariah wished for, and it certainly was more than she ever wanted.

This animated movie is based on the iconic Christmas song and popular illustrated book of the same name, Mariah Carey’s All I want for Christmas is you. The film features Mariah Carey’s music and narration, and is likely to be a family favourite for years to come.

This animated movie showcases stunning visuals in beautifully realized CHI animation. To top that all, the film also showcases the all new original song Lil Snowman performed by Mariah Carey along with a selection of songs from Mariah Carey’s immense discography and naturally features the iconic song All I Want for Christmas if You

In addition, the film also has two more amazing holiday classic’s from the pop queen’s music inventory; Miss You Most (At Christmas Time) and Christmas Time is in The Air. Getting excited yet? We sure are!

The single “All I Want for Christmas is You”, that we all know and love, was originally released in 1994 and has sold more than 14 million copies. More than two decades later, in 2016, it was the year’s most streamed holiday single and has dominated the Billboard’s holiday list for four consecutive weeks at 1st place. Carey’s critically acclaimed picture book of the same name was published in 2015. 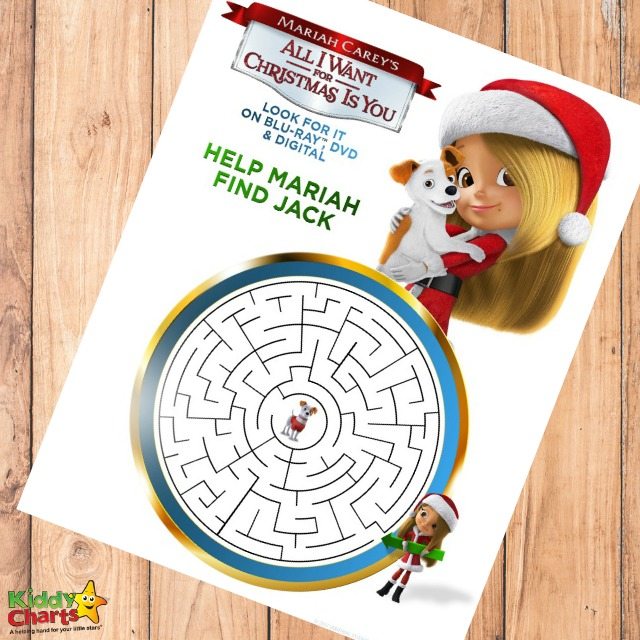 We hope you like this activity sheet, and don’t forget to check out and follow us on Pinterest. We have quite a lot of awesome free printables and printable activities so you can keep your kids busy for hours and hours and sign up too, so that you don’t miss out on the other great ideas that we have for you.