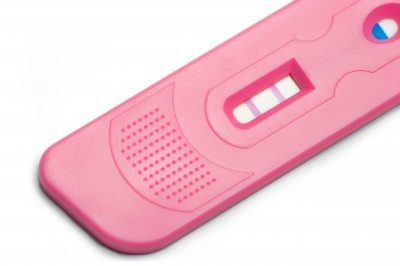 About 6 years ago, I was on a train to a job interview in the loo with a blue line staring back at me….

It was a second job interview for a new position in a rather exciting new role for me – at the end of the interview, I was offered the job.

I knew I was pregnant, I was already in another job that I wasn’t too keen on at the time, but my current company had already supported me through one pregnancy only 18 months before…

What would YOU have done?

According to a recent survey by Quality Solicitors…over 10% of women wouldn’t have told their employer and would have taken the job anyway. Even more startling than that, nearly 50% of these women after taking the job knowing they were pregnant, would then have lost those jobs. The survey was based on questions asked to 1,000 women about maternity in the workplace both for those that had had kids, or were likely to have them in the future.

Personally, I simple couldn’t take a job knowing I was pregnant and would be going on leave relatively soon afterwards.

In this particular circumstance, it may have been because I knew the company CEO and her husband very well, and I liked the woman. It could also have been that my current employer had been good to me throughout my first pregnancy, so I already felt the pangs of guilt tickling at my heels at the thought of leaving that company.

There and then, I told my interviewer I was pregnant, and we agreed that the job offer would be retracted. To this day, I am not even sure I needed to tell them legally, but morally I felt it was the right thing to do.

This infographic gives some other startling insights into the UK maternity rights survey that I mention above:

I don’t regret the decision, and have never looked back, I had another good couple of years at the firm before I left and started my freelance writing and this website – so perhaps it was meant to be, Eh?

However, I do think that for both pregnancy, my husband would have welcomed more time off. In 2015, the government is bringing in the right to shared parental leave, so the year’s maternity leave can be shared between the father and the mother. I wish that this support had been available for our two. I am sure that this would have benefits the relationship between our kids and their father. Not least given me a little bit of a break as well!

I would be fascinated to hear what you would have done given the same circumstances. Let me know below, and share this infographic too so we can get some other views as well.

Being a mother isn´t never easy! I am glad I have great support from my boss and husband, although I know many don´t.

I was in a similar position last year – very tricky. I knew I was pregnant, and let them know at the 2nd interview. They’re a very ‘family friendly’ company, so have been fantastic every step of the way. I couldn’t be happier, but not every employer is that supportive / understanding.

For me, I would tell my employer as soon as I know that I am pregnant. Being a mother is not that easy and I am sure that my employer would definitely understand my situation.Anyway, I do prefer working at home and be my own boss.

ooh its tricky being a woman sometimes!

I think shared maternity / paternity leave is great for families but can cause headaches for employers to manage. You will never please everyone though. Great infographic x