I love democracy. In fact I’m a huge fan. I cannot imagine not having any input in what goes on around me, even though that input seems to effect less social change over time. Democratic parenting is one aspect of those parenting styles that we hear about. In summary, it means that your kids have a voice in household decisions and rules, often from a very young age. 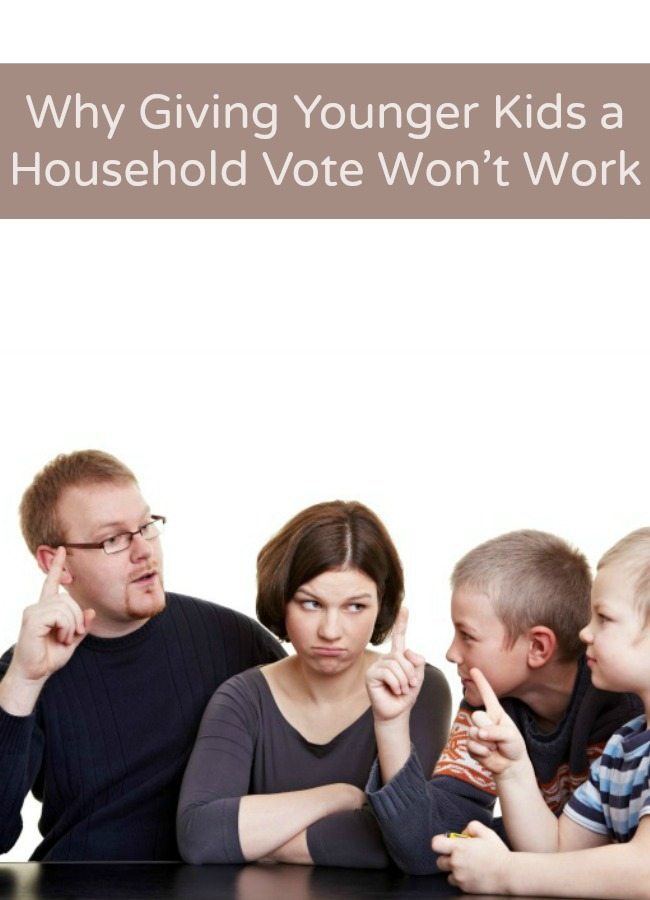 So you’d think perhaps because I like democracy that I’d also be a huge fan of democratic parenting as a parenting style….

The idea that all members of a family have a voice and have input in to decision making that affects them. Democratic parenting is defined by having lots of choice available, but choice as I’ve suggested many times is fraught with difficulty, particularly if it’s introduced too early or it’s the wrong sort of choice.

That’s because lots of choice and the democratic parenting style that’s based on it has to be anchored by experience. If you don’t have any life’s experience, you simply can’t make a choice and by making your parenting democratic, you are effectively giving a vote to someone that has no understanding of the parameters you’re faced with.

Let me give you an example. Let’s say you want your children to watch less TV. You sit down and have a democratic meeting with everyone and explain to your three and four year olds that you want them to watch less TV. You explain why watching less TV is a good idea. You tell them they’ll can’t sit down all day and expect to be healthy, and that they won’t have fun with their friends or develop their imaginations.

They nod at you, and because they want to please you, they seem enthusiastic about all the other things they’ll do instead, and so you conclude the meeting. It seems as though you have enjoyed their buy in, as they ‘voted’ in your favour.

Fast forward to the next day when you actually turn off the TV and they howl, kick their feet, stamp and have a meltdown; that’s large enough to give you an instant migraine. That’s because you made the mistake of thinking that their ‘vote’ was based on a fundamental understanding of the nature of the problem.

It all made perfect sense to you. You know that if you sit in front of a TV all day, you won’t be healthy, and you know why that is.

You understand for instance, that unused calories are likely to gather around your middle and cause a spare tire…and why would we want one of those?

You know what happens to the calories you ingest, and equally what happens if you don’t put yourself in a position to burn them.

You know and understand the perils of isolation on the human psyche and the effects of a stagnant imagination.

You know all these things because you are an adult who has learned through experience.

You found out not to touch a hot stove because likely your parents said don’t touch, and you did anyway. You learned to be careful going around corners on your bike because you went too fast and then found out why everyone had been droning about ‘slowing down’ for a very long time.

You learned the benefit of going to bed when you were tired because you spent time not going to bed and feeling awful. 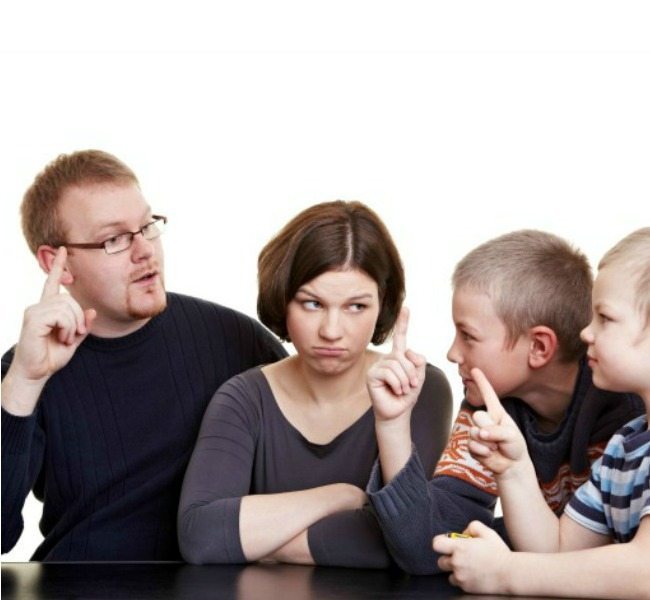 Parenting is all about trying to teach these truths to your children. To begin with and for many years, they won’t have an idea what you’re talking about. As they grow and as their understanding of the issues mature, one day the light will go on. It will be dim at first, but it will get even brighter. Then you’ll know they’ve taken the solid foundation you’ve provided, and their experience is finally backing up your wise words.

Could anything be better? I don’t think so.

Parenting is all about trying to teach these truths to your children. To begin with and for many years, they won’t have an idea what you’re talking about. As they grow and as their understanding of the issues mature, one day the light will go on. It will be dim at first, but it will get even brighter.