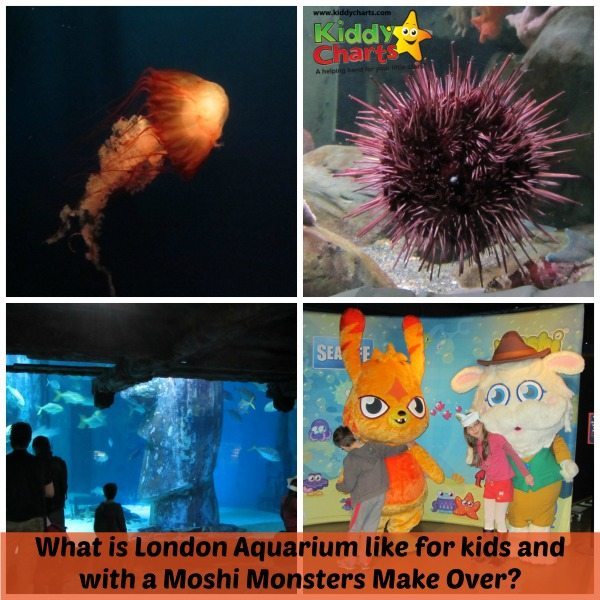 Yesterday, we were lucky enough to get a preview of the Moshi event that is happening all this week; Moshi Monsters Marine Force – 16th March to the 23rd March, at the London Aquarium. The Moshi are, in fact, touring all the Sealife centres in the U.K., so check out where they are going to be near you in the video below.

Buster Bumblechomps, Katsuma, Poppet and the crewe have all swum down the Thames to appear in the London Aquarium to encourage all the Moshi mad kids of the world to protect the Sealife in our oceans. 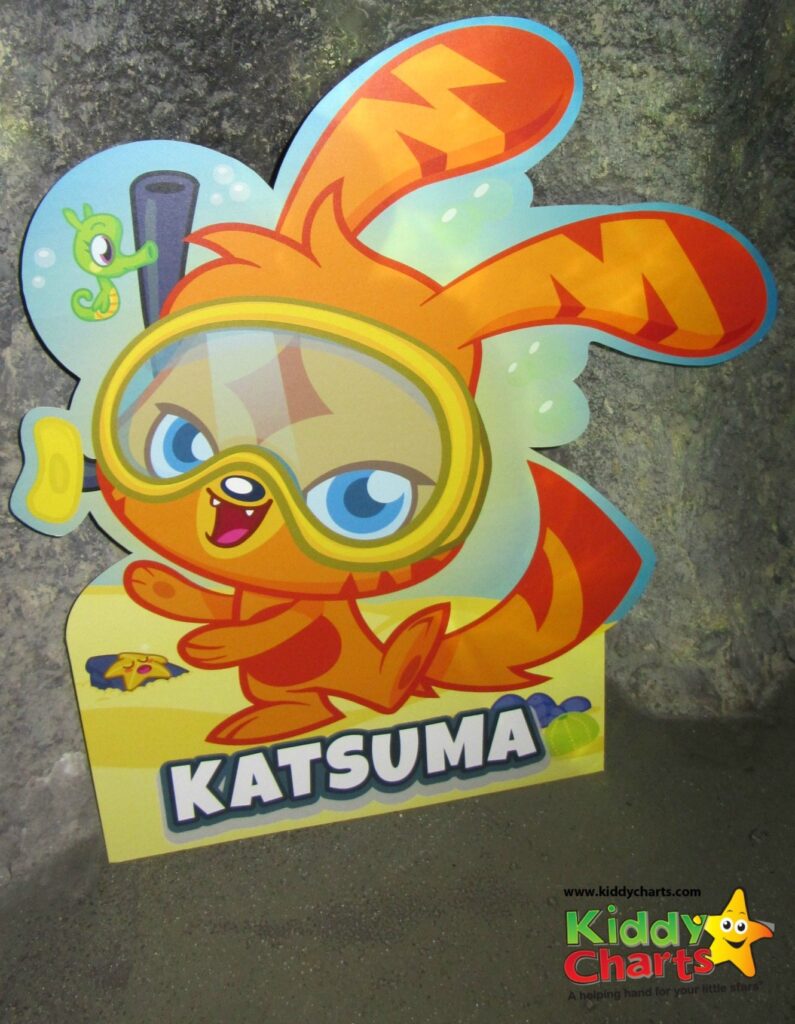 As for you see – they even have snorkel and flippers to make sure they get there, really, really fast ;-)

What are the Moshi Monsters up to?

For this week, there are puzzles to solve and Moshis to find in the tanks and tunnels of the Aquarium. 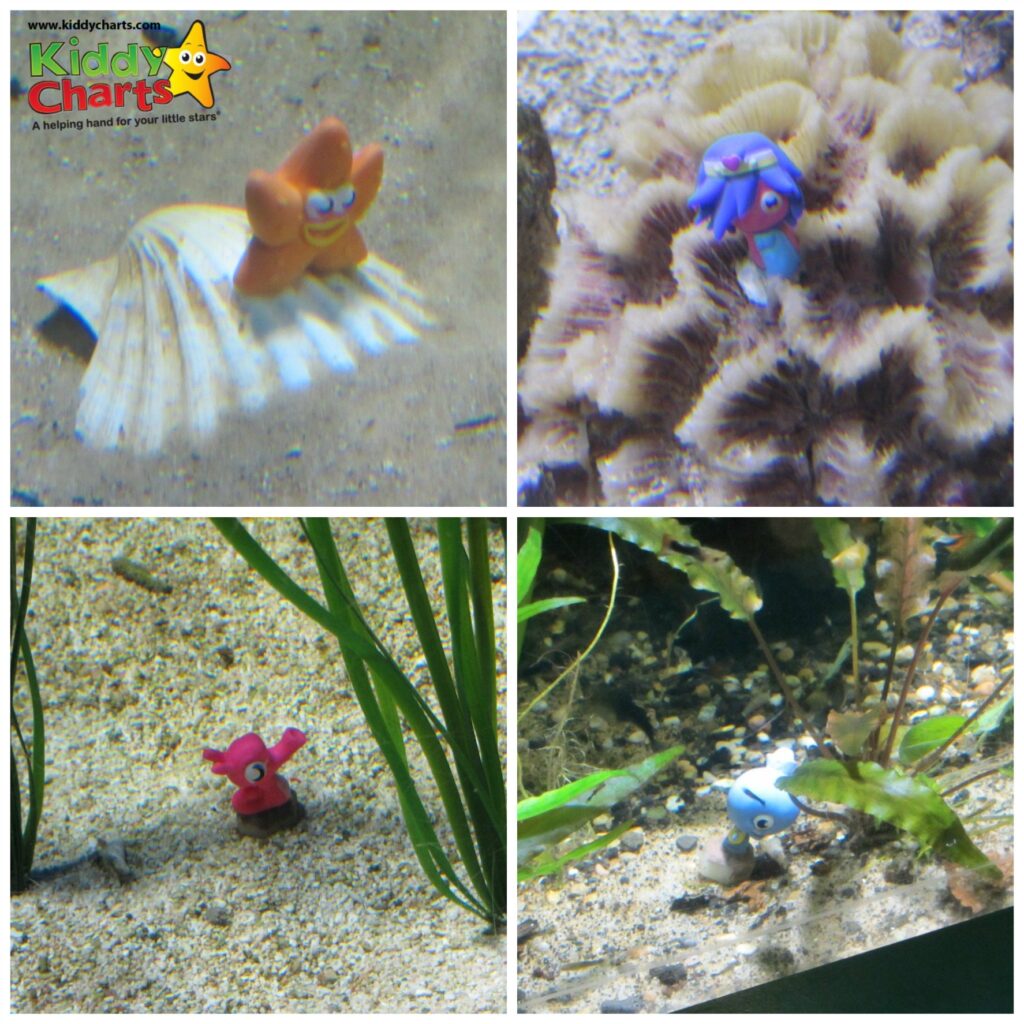 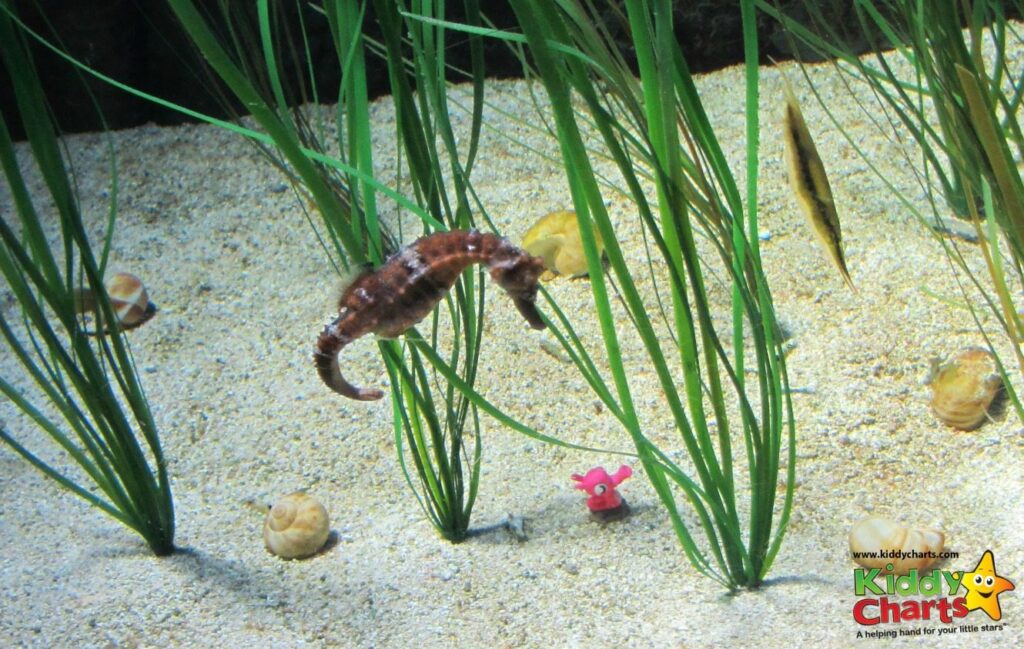 Alongside the visitors to the tanks, there was even a Moshi Swop station inside where you can take along your spare moshlings to swap for some of those hard to find little critters. The kids were rather excited about the swapping station, and if truth be told, so was I *Don’t tell too may people.* They spent a long time the night before sorting through their collection to make sure they had all the spares with them, so they could get as many new moshlings as possible on the day. They weren’t disappointed of course…they now have 177 different characters *faints.* 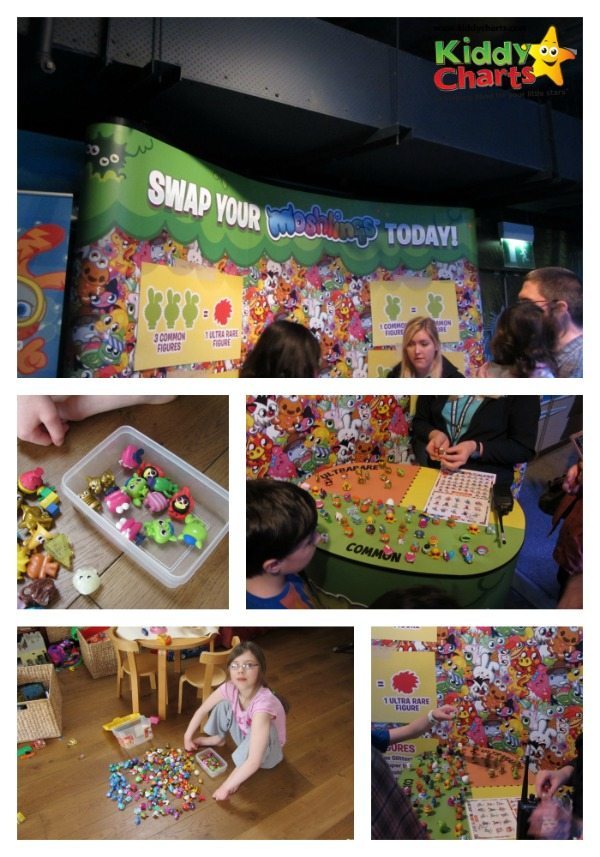 There are swop rules of course:

Don’t forget them if you ever attend a moshling swap event – you need to get what your Moshi is worth. Hopefully, we will be giving you some help with this in the coming weeks.

The Aquarium was well kitted out with Moshi-tastic items, including a chance to meet and great some of the Super Moshi throughout the day. 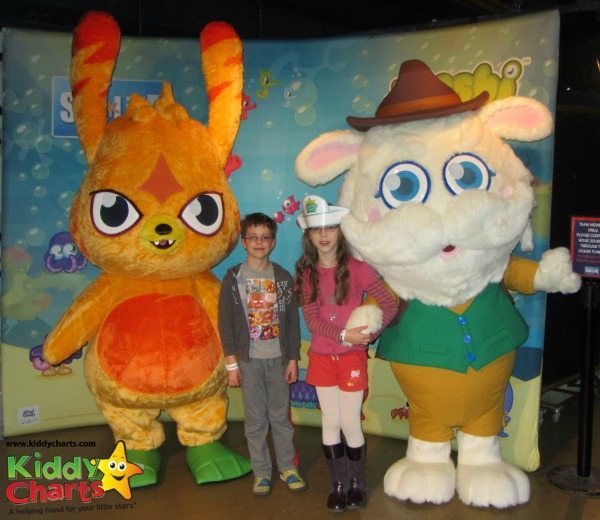 The conservation theme was present throughout the exhibits, with some really helpful facts for the kids to read on the screens next to all of the fishes too; particularly around being more mindful of recylcing, how fish has been caught, and what fish we are all eating. All welcome lessons for out little ones.

There is more information on the launch of Moshi Monsters Marine Force in the YouTube video below:

But what about the fishes?

The kids were entranced by the tanks, with Stuntboy watching the sharks, and Jellyfishes in particular. There really was something for everyone, the only important thing to remember was not to use the flash with the fishes. Apparently, having this on makes then cry *poor things* We were very impressed by the variety on display, from sharks, to the crocodiles of the rainforest, and even Penguins. The most mesmerising were the seahorses, and beautifully lit jellyfish. Rather difficult to photograph effectively I have to say…but we did our best… 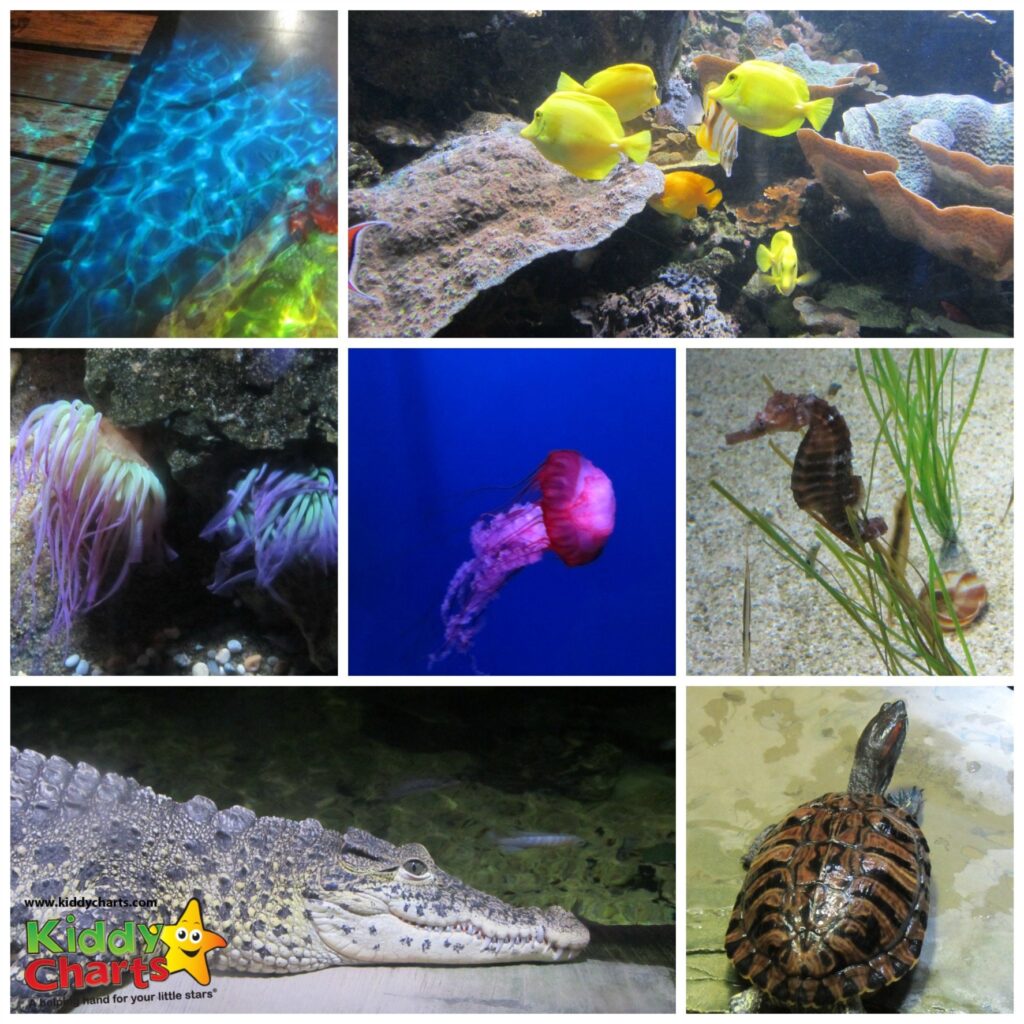 There were some lovely touches during the exploration, including a lift to “dive” down to the fishes at the start… 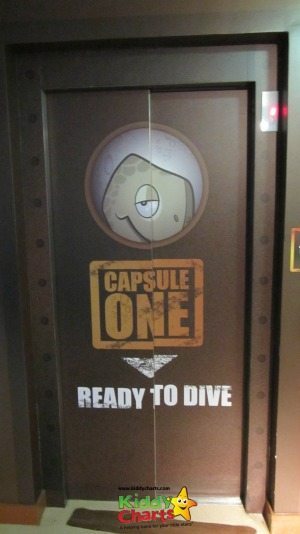 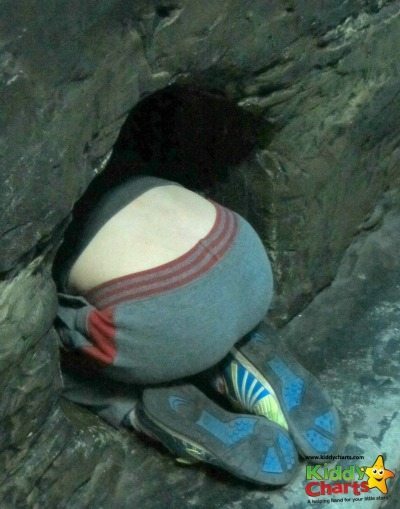 There was a great mixture of educational exhibits, such as the penguins, with the details of what behaviours we can change to help them, with fun tasks like stroking a starfish, or find the Moshis in the tanks. Even finding where all the moshlings were hiding enabled you to collect your Buster Bumblechops Marine Force conservation hero certificate and a special code in the Moshi Monsters game to collect the NEW moshling, Lubber, which has been released to celebrate the partnership between Moshi Monsters and the London Aquarium. 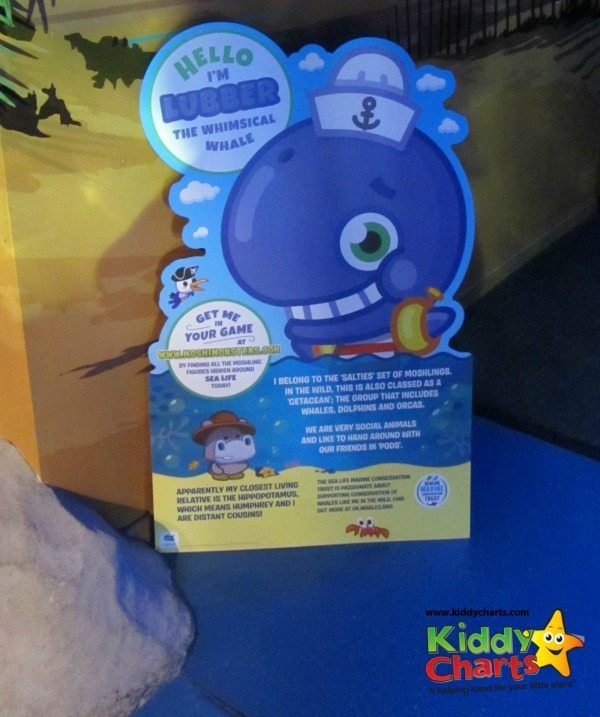 We were provided with tickets to the Aquarium in return for this post. However, all opinions, and moshlings are our own and have been worked had for. Standard entry to London Aquarium is £25.20 per adult (over 16s), and £19.50 for a child over 3. Under threes are FREE. More information on online ticket prices can be found on the London Aquarium website. Check out the web for more information on Moshi Monsters Marine Force as well, watch our video to find out where they are going to be in the UK Sealife centres near you!

what a great event - I don't suppose they are doing anything similar this year? I love the swapping rules - I don't think we had rules in our day!

Looks like a very successful day out, in a well organised aquarium:)

That looks like such a great day out! We have a sealife place near us and my son adores it, not unusual at all to go there twice a week!