Darwin, dithering about on day #10 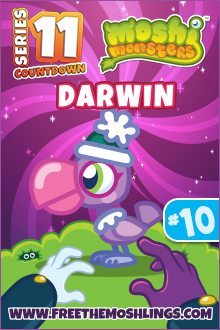 Where Benedict was worried about cracking up on day 11, our friendly dithering dodo, Darwin, on day 10 isn’t really sure what to do; ever!

Clearly, Darwin is named after the father of evolutionary theory, there the comparison seems to end, as these feathered friends are anything but intelligent, and can’t even come up with the theory of what to do next! They are so prone to indecision that aren’t even sure if they are able to use those wings to fly…and can be seen hanging about the ice ledges where they love trying to decide if they should jump. They will almost always change their minds, again and again :-D

Habitat: They can be seen wondering whether to jump at Frostpop Glacier, and so there is often a flock of them wandering aimlessly around in circles deciding what to do next…

Likes: As you can see, they are partial to a beany hat with a lovely bobble on, and also like beak polish – see how shiny they are?

Dislikes: Due to the distinct possibility that if Dodos continue in their dithering way they may become extinct, they are worried about sailors and the fear that they might get stuffed…but then, they might even dither over this too *nightmare*

Isn’t Darwin cute? Come back for day 9 tomorrow as we approach the half-way point in our countdown…can they beat him for cuteness? 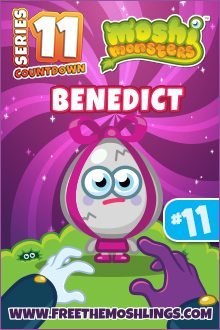 Benedict, getting all egg-cited for day #11
← Read Last Post