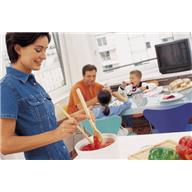 Not long ago I read an article about the French and their philosophy towards feeding their children, which when we hear the cry, “my toddler won’t eat vegetables” often, seems worth investigating further…

I have tried to find the article, but alas cannot but I will share what I can remember with you.

The French focus on taste development so encourage very young children to try a wide variety of foods including up to 12 different kinds of vegetables.

They also eat far less snacks than both we and are children do.

The children eat with their parents and they eat what they eat there isn’t the kids tea of fish fingers and baked beans. The children are encouraged to try everything. If they don’t like it, there’s no problem. New flavours need to be tried a number of times before they are liked. I have now tried this approach with my own children. As long as they have tried it, that’s fine and we say maybe next time they will like it.

They also do that with me. I can’t stand pears it’s a texture thing, but every now and again I am expected to try a bit ‘because maybe this time you’ll like it.’ Not sure that will ever happen, but I play along, after all, if they see me doing what I ask them to do, they are far more likely to do it without a fuss.

We do eat as a family and usually we have the same thing. The children have once or twice picked and moaned their way through lentil (vegetarian) shepards pie! But maybe next time they will love it!

Thankfully I don’t have fussy eaters, but it is widely acknowledged that French kids will eat everything so French mothers are doing something right. 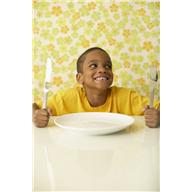 My toddler won’t eat vegetables: What can I do to help?

If you have fussy eaters here are some other things that might help;

Thank you Helen for this informative post :) It's true most parents get stressed when their kids refuse to eat. This French style of introducing foods in childrens diet will really make sure that the kids will not be fussy anymore and eat everything their mothers are serving.