So on Sunday I saddled up my Dinosaurs, and rode off to Wembley to shake my honkosaurus touche for the Comic Relief Danceathon… 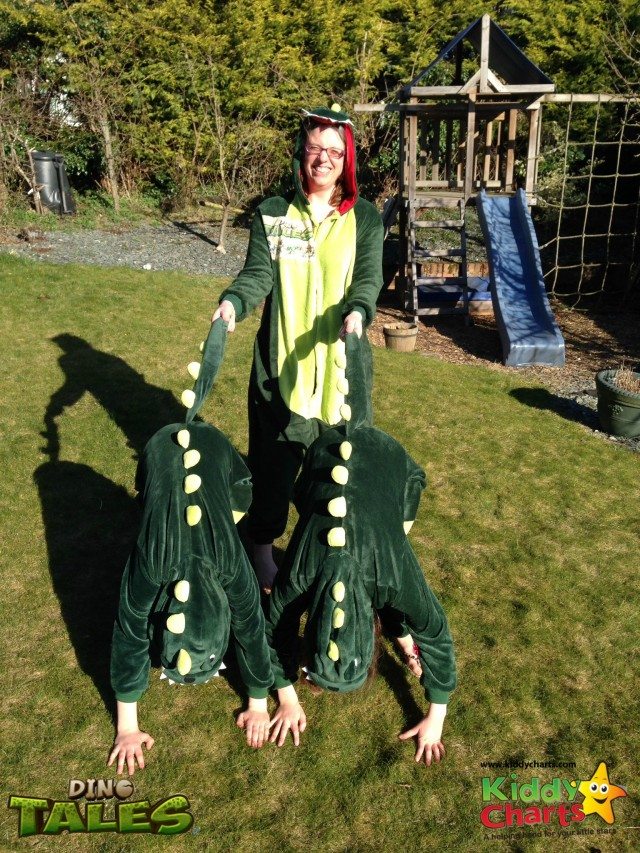 And guess what, we did it. TeamHonk are officially awesome – well if Claudia Winkleman says it, it must be true, right? There is still time to SPONSOR ME, and we can hopefully take our total soaring over £30,000 pounds. Well worth every ache, pain, and squashed toe.

I started the day with a smile, and manage to finish it with a big wide, slightly greenish-hued grin – which given my Dino Tales sponsorship was rather appropriate…. 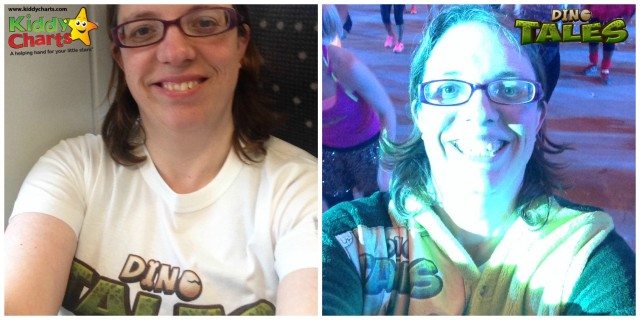 Neither of these are the most flattering of photos, but to be honest, dancing for six hours, or even preparing for that doesn’t bring the best out in anyone. I bet even Kimberley Walsh didn’t look her best that evening….

We started off the weekend with a little bit of a warm up, with the kids encouraging me in my Dino boogie-ing in my Dino Tales onesie…

There was a little bit too much dino fighting in the background for my liking!

The day itself was truely wonderful. I never thought that I would actually ENJOY dancing for six hours, but the atmosphere inside Wembley was unbelieveable. Everyone was working for one thing; to raise money for those more unfortunate than ourselves. An inspirational idea to be able to have fun, and raise cash at the same time.

The Dance order was punishing:

They didn’t start us off slow, and had us dancing to Car Wash, and I Will Survive in the first 3o minutes. This proved not to be for the faint hearted, or those who were hoping to just shuffle quietly from one foot to the other and make sure that no-one actually noticed *who me*

It wasn’t until the gold-legging-ed 1980s nightmare came on that I personally realised that I was going to struggle to do this for six hours. She had clearly injected herself with Duracell battery acid as she a) didn’t seem capable of standing still and b) was rather impossible for me to follow. I did take a peak at some of my fellow dancers, and I feel there was a general consensus that this was going to be a long six hours if we had to keep this level of energy up. I simply was no-longer built as I had been all those years ago when I last donned MY leg warmers, and gold leggings…..

BUT, the support of fellow dancers, and the excitement at the Michael Jackson Thriller sequence, which I so wish I could have video-ed rather than being in, carried us all through. In fact, the guy that did Michael Jackson was the BEST of all of the instructors, he used the songs in the run up to teach us the Thriller steps for a finale, and we all GOT IT. That must have been an amazing sight; 2,000 zombies all mooching around Wembley.

I didn’t see enough of the lovely honkers that I wanted too; from an inane grin at Mummy Barrow (before she showed her £1000-sponsorship raising tattoo on her bottom on stage), to a good boogie with Actually Mummy, Tired Mummy of Two, Mammasaurus, Stressy Mummy, Pinkoddy, Mum of One, All You Need is Love and Cake, Pigeon Pair and Me, Hattydaze, Grenglish, Circus Mums, Chocolate is not the Only Fruit, Gammon and Chips, and loads of other lovely bloggers – there just didn’t seem to be enough time to stop and chat..! *what a surprise*

There were flapper girls (wait for it….):

And funky unicorns with eighties chicks…. 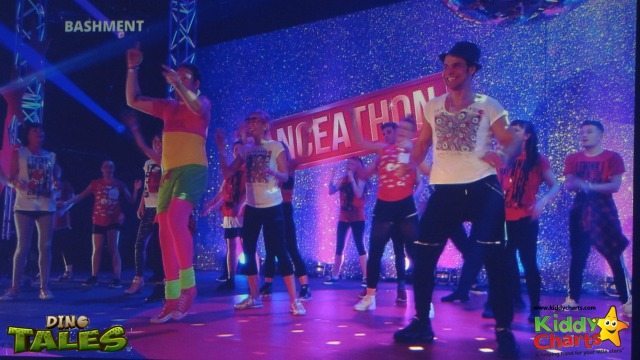 But most of all there was Hope…

…Hope for those that we were raising money for.

So don’t forget to Sponsor Us and save a life. This was what this danceathon was all about after all. It will definitely make the fact that I can’t move my neck properly this morning a little bit easier to deal with.

Awesome and exhausting day. How did we miss each other - me in my red tutu and blue leggings and you in a dinosaur outfit?? Must try to make more effort to stand out in future!!

Oh my goodness - just checking out the comments above....all I can say is, it was really ace to see you there, and in my opinion we all deserve a big clap for dancing so long and raising such a huge amount of money! (it was lots of fun too, though, of course!) x

You all did an amazing job Helen, big well done. Mich x

Oh I had such a fab time all day long, would love to do it all again! I think the 80s lady did have a tough session time, half way through when we were probably all flagging a bit, and also as it's my favourite era I have to admit I'd rather have just been doing a bit more freestyle dancing to that! But every section had its highlights :)

YOU ARE AMAZING! All of you! I can't believe you did it, and still looked so jolly and fab the whole time! You are all my dancing heroes! xx