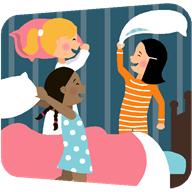 Sleepovers: Do you do them?

On Friday night my eldest (now 11) had a birthday sleepover. He had a good time but I am always slightly nervous.

He is an asthmatic so needs to take his inhaler with him and is a bit nervous of scary films (can’t watch the Prisoner of Azkaban without bad dreams) and they were watching some 12 film. The other concerns are around:

Anyway, I needn’t have worried it was all fine, but he did manage to leave behind a Wii control, but I had named it and my iPod came back with a full battery so I don’t think they even played them.

He did, however, only have 3 hours sleep.

Thank goodness it was a Friday night and football was snowed off on Saturday morning. He has been suitably grumpy the rest of the weekend.

So what do you think of sleepovers?

We have some friends who will only do them in the holidays.

I do prefer a Friday night in term time as you have the rest of the weekend to recover, and holidays are even better. 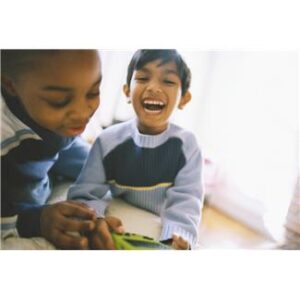 Sleepovers: Do they ever actually sleep?!?

We have drawn the line at 3, and that was for a birthday (instead of a party); how many do you have over?

For 3 they had to sleep in the lounge and with an open plan house that can be a challenge, especially in the morning with an early riser in the house. One friend is definitely easier to manage with an air mattress in the bedroom.

The youngest would like to do them, but as he’s only 4, we have said not until he’s 7. He goes out to sleep at grandparents fairly regularly, but I am not sure he’s ready for the excitement of a sleepover with friends. Plus this morning he woke up just after 5am, which I don’t think I could inflict on a friend.

Generally I know they are fun, the kids love them and it is probably good for them, but as with anything in life there are some repercussions usually in terms of tired, grumpy kids so we try and have just a little bit of control over with who, where and when.

What about you? Let us know how sleepovers work for you; or not as the case may be! Do they sleep? Is it chaos? Are they allowed them at four, five, six, seven…when suits and works for you? My little boy went on a sleepover at 4…but we have no grandparents nearby to help, so we needed a break! ;-) Does this work for you?