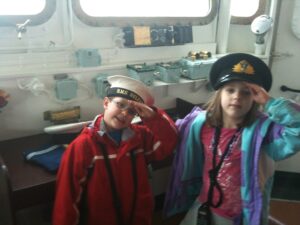 We went to London over the half-term. The kids loved it, I loved it, and it was suitably knackering.

However, it did get me thinking about why I used to go into London. The reasons used to be very, very different: 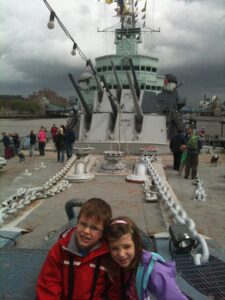 The only thing that could be the same, is the slight smell of sick; and in my pre-kids days that was on the trains on the way home. There is every chance that its on me now, certainly when the kids were a wee bit younger anyway…

I love my kids.

And they do, well and truly, change your life.

How fondly do you remember trips before kids, compared to trips with them now? What has changed for you? Or hasn’t it? Perhaps I should get out more…and go to London once in a while for something other than slightly manic sight-seeing…

We try and do lots of things with the children, but Rebecca hit it on the head. The difference is the need to plan. Do we have enough to occupy them on a journey? have we got enough snacks and drinks? do we need spare clothes? etc. I love going into London with the children.

I think because I used to commute to London with my daughter (she went to the nursery attached to work) that London has never been a big thing for us, Even now she loves nothing better than getting on the train like Mummy and Daddy do! Mind you these ease may be because we currently only have the one!

You're right everything changes after kids. The thing I miss most often w Is being able to be spontaneous. You can't just pop anywhere any more!