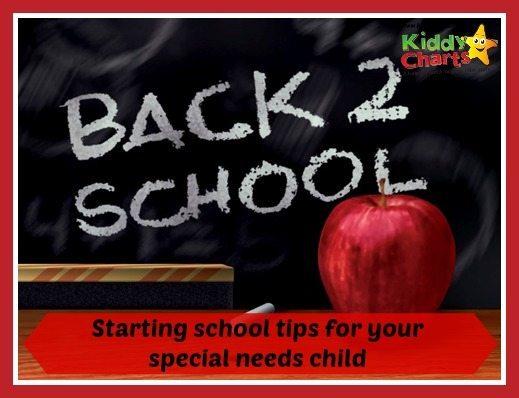 Now that we’ve successfully received a place for T after going through the appeal process, it’s time to think about September and preparing for secondary school.  It’s taken me back to his and D’s first days at primary school, time has positively whizzed by.

For every parent, especially those of a SN child, their first day is nerve-racking, I thought it would be useful to pop down some tips:

To give a little bit of background, D was in mainstream schooling from nursery (aged 3.5) to 3 months short of her 6th birthday – so a term and a half into year 1.

D was diagnosed with autism at 4.5years and it then took a year to get her statemented, at the second attempt. That year between diagnosis and statement was one of the longest and most stressful of my life. I had the feeling constantly that D was a number, a commodity – not an individual and that the “panel” who would be deciding my child’s education viewed her as a cost, a budget figure.

D struggled in mainstream, a lot. She had 26 hours a week 1:1 support from the moment she started in Reception – so before her statement came through. Her 1:1 TA was a wonderful, empathetic lady and we worked very closely together to try and ensure D enjoyed her days at school.

Unfortunately she didn’t….D was overwhelmed by the sizes of the classes, the noise, the bustle, the excitement. One of her anxieties is that of having people too close to her. So you can imagine, there were times when she was not in class, but doing separate work with her TA outside the classroom.

Because her TA funding did not cover break times and lunchtimes, D would spend these holding onto a playground assistant’s hand.

I found it very hard to fathom that my daughter – who could count to 50 by the time she was 3 years old and was recognising letters from 2 years old – was put onto the “slow learners” table during the times that she was able to be in the classroom. This was due to her inability to read phonetically and her inability to form letters? Plus delayed social skills?

D was never able to go down to class assemblies or participate in school plays – again her anxieties took over.

As soon as we had her (second attempt at) statement through, I was pushing for a place at the local SN school; we had already viewed it and knew it was the best place for D – but of course, every child is different. A lady who had a downs boy in T’s class kept saying to me “stick with it, it’s D’s right to be there” but I knew it wasn’t for her.

So, I would say – if your child is starting “big” or “bigger” school soon:

Do you have a special needs child starting school in September?  Have you been through the process already?  What helped on your child’s first days?