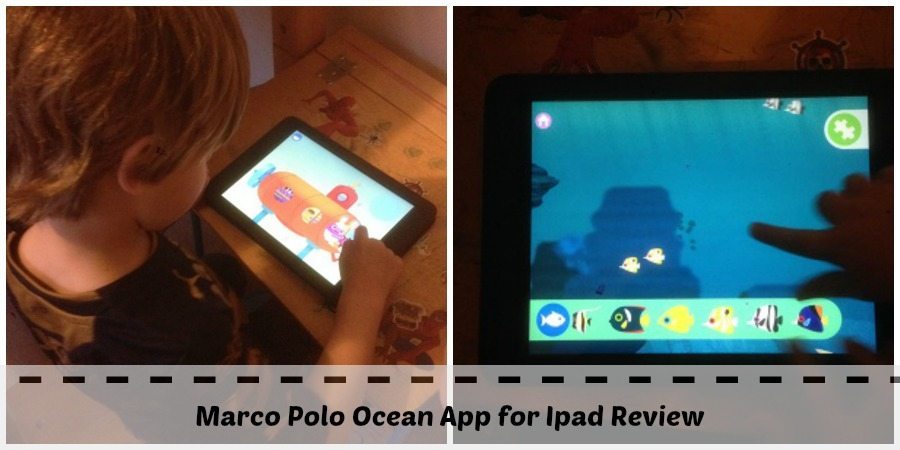 With so much out there, it’s great to be pointed in the right direction for a decent fun yet educational app for children. Something to capture their interest in the world around them, but without being too blah blah blah …. Marco Polo Ocean is a new quirky app aimed at pre-schoolers, with lots of colour and lots of interesting things to learn without knowing you’re learning!  www.gomarcopolo.com

The first in a series of self-directed educational experiences, MarcoPolo Ocean is an award winning app aimed at under 5’s – described as ‘a digital sandbox’ for them to play in. It has been designed to encourage their interest in our world, and to encourage them to want to learn through play. This app is an interactive ocean, complete with submarines, sharks and jellyfish.

How does it work?

There are two parts to the game – Build & Explore and Free Play Exploration….

Build & Explore has five build-and-play activities – Coral Reef, Marine Mammals, Fish, Boat, & Submersible – where you just have to drag the piece to the right place. There is a narrative throughout giving facts and information on the different parts. When you have completed the jig-saw you then have access to it during the free play.

Free Play gives you the chance to explore the ocean and marine animals, making them interact with and see how they react to each other. You can also drive your boat or sub around.

What did the little ones think?

Bean, age 5 – “You have to make something, an underwater something, and then when you’ve made it you can make it swim. I got to make boats, submarine, and….what were those long fishes called?…and I got to make the seabed. It was easy and I liked it. The best bit was making the submarine because submarines can swim under the water because it means you can go deep and explore. You’ve got different fishes at different depths. The best fish is the tiger sharks because they can eat other fishes. I could do it all by myself, but mummy just told me if I finished the puzzles I’d get to put them all in the sea. I’d play it over and over. I learnt about under the sea.”

He really enjoys it and to be honest it captured his interest for longer than I had anticipated. Bean enjoys driving the submersible around and exploring the depths of the ocean. He does kind of skip through the building of things just so he can get access them, which is a shame as he doesn’t always stop and listen to the narrative. That is a slight flaw in it, the narrative is interrupted when you click on the next part so you don’t actually get to hear the facts if eager fingers are racing through it.

As we try to have more educational apps for the boys to play, Marco Polo really appealed. I liked the idea of the little ones being able to explore the ocean and learn about it as they go. I love the bright colours and funny little fellas – really nicely animated and eye catching. It is easy to use and easy to follow (after a few pointers such as explaining that completing the ‘Build & Explore’ would mean there would be more to do during ‘Free Play’…), once Bean got going he didn’t need me to sit over him or do any of it for him. It’s not a complex app, and I wonder if there could be a bit more added to expand it a little…but saying that, it is the first in a series and I am keen to see what else they produce and would certainly look in to downloading their future releases.

When I first came across this app MarcoPolo Ocean,it was during children end of the year party. I love the way the children make use of it.THIS IS A GREAT POST.