I think I have been living in a cave…I had NEVER been to Build a Bear before yesterday.

What’s it all about?

In fact, I knew very little about it really until I stepped into the Cambridge Store yesterday with the kids and listened to a very lovely lady explain was Build a Bear was all about:

As the woman says, its all about making that extra special friend for you or your child from choosing the bear, popping in their heart, choosing their outfits and then creating a birth certificate for them. Your kids will:

Phew…who would have thought there was so much to do to make a humble teddy bear?

Did the kids have fun?

Did they ever! Absolutely every step of the way, they were a captive audience from putting in the heart:

To fluffing their bears up to make sure that they were cuddly enough when they took them home:

The staff at the shop were uber excited to be helping the kids, and this was infectious – the kids seemed to just go along with everything they said, even the star jumps, and making their teddy bears a “little bit cheeky” by rubbing their hearts against their cheeks!

What were the choices / value like for the bears and their accessories?

Prices for the bears start at £9.00 for some cute, but simple unlicensed bears. Prices rise to £18.00 for My Little Ponies, Hello Kitty and Smurfs, where there is obviously associated license costs. However, I was pleasantly surprised that the simplest bear wasn’t too expensive. No more than I would pay for a standard soft-toy.

Warning though – the add-ons do, erm, add up! As long as you are aware of the costs though, you could keep it relatively simple and get a bear with outfit and shoes for under £25.00.

My two went for something a little more…complicated… 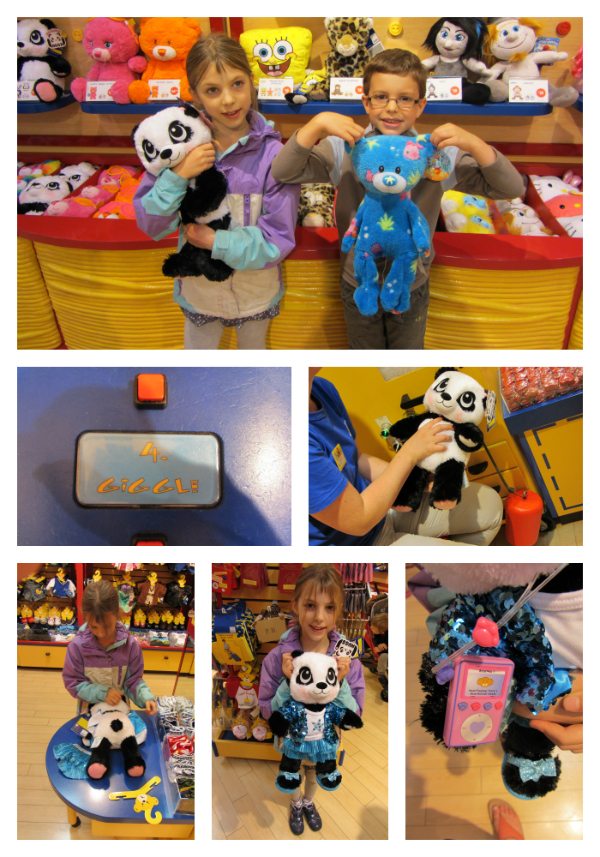 …an Under the Sea bear with an Iron Man costume on and a skateboard…so my kids don’t conform to any stereotypes at all, do they (£47.00 total)?

Mummy was a cynic before she went, she thought that the shop was going to be just a bit of short-lived fun, and both the experience and the accessories were unlikely to be good value for money *eats words and admits she was wrong.*

Admittedly, the bears are a new thing, and so they are going to be extremely important for a wee bit, but there does seem to be genuine longer term interest in them. Both kids are saving up their own pocket money to give the bears “some choice in what to wear” according to Chatterbox

In addition, the costumes, and accessories, do look like they will last more than my expected five minutes.

All in all, I was pleasantly surprised. It is not a cheap experience, but it IS an experience that your kids will never forget, and are likely to be pestering you for again as well…

Mummy was very impressed overall, but because of the price of the bears when everything adds up, particularly when you have little boys with very expensive tastes (!), I can’t give higher than 8/10. However, my kids felt differently about the whole trip, and I guess that’s what its all about isn’t it? Not only did we leave with two happy customers…. 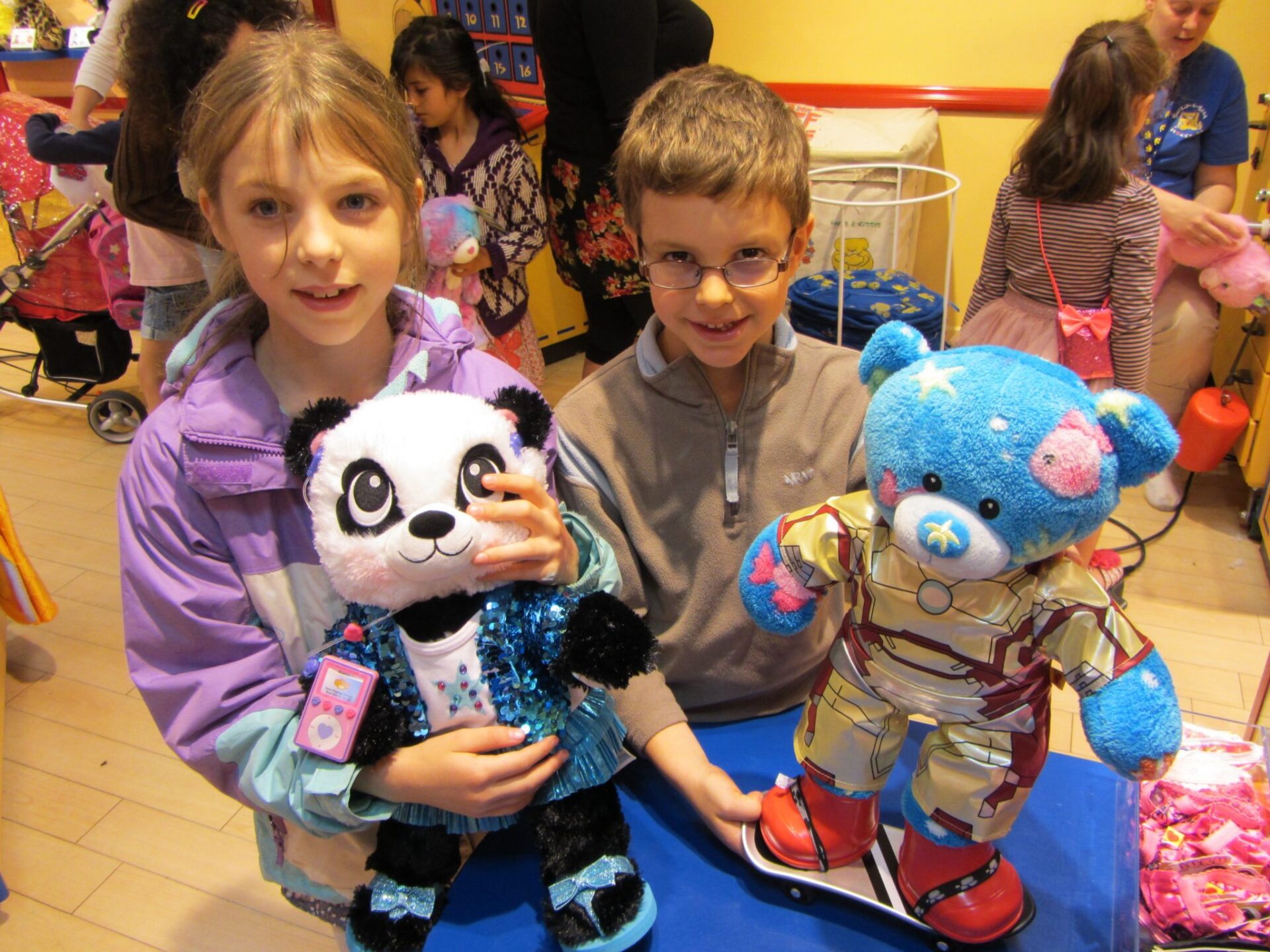 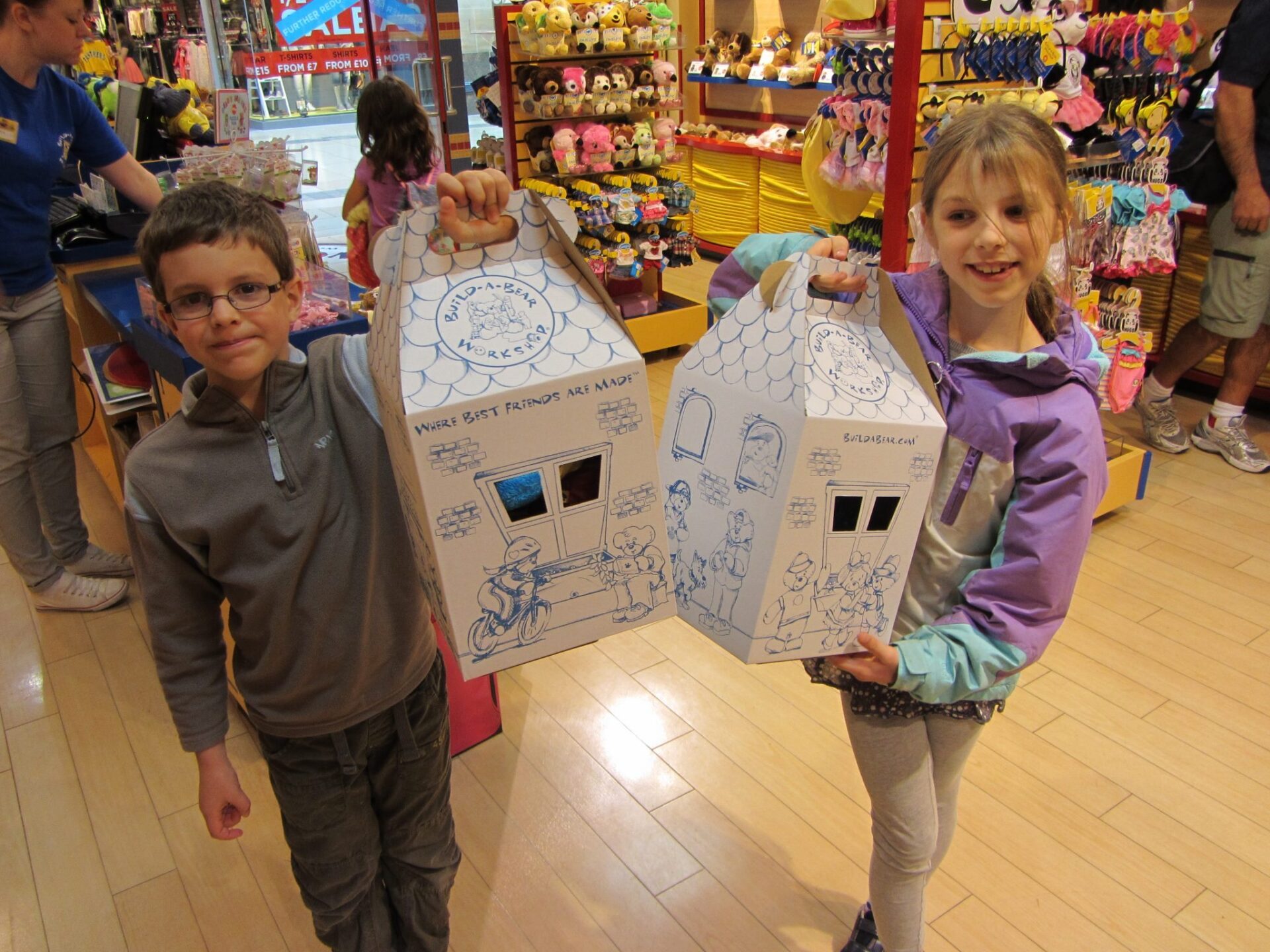 And for the people that went home with us on the bus!

Have you been to Build a Bear? What are your thoughts? Would you recommend it?

Note: We were provided with the bears in this review for the purpose of this post.. However all opinions are our own, and so is all the love for the bears too!

Madam bought one with her bday money yesterday, they are wonderful - such fun! x

It looks like they had a great time! My oldest is not yet 4, but I was planning to take her as part of her birthday celebrations in a couple of months as I know my nephew loves it there. As you say, the quality is good as he has several (with outfits!) and they're all still in great condition. The price seems reasonable when you consider it's a toy and an experience. Though, I am optimistic that as she's quite young, I may be able to 'influence' her choices...!