All Paw Patrol fans are going to be excited about this one as today we are sharing a bunch of pretty cool Paw Patrol colouring and activity sheets to colour in, featuring some of the most popular pups from the show. 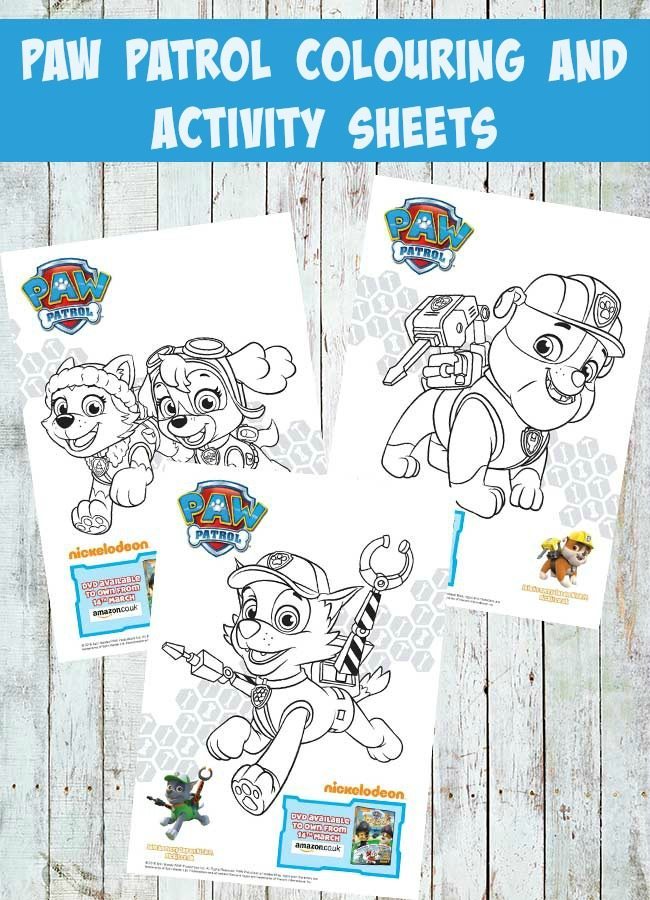 There are 3 gorgeous Paw patrol colouring sheets to colour in.

We have Rubble, the sweet little English Bulldog with some major construction skills. 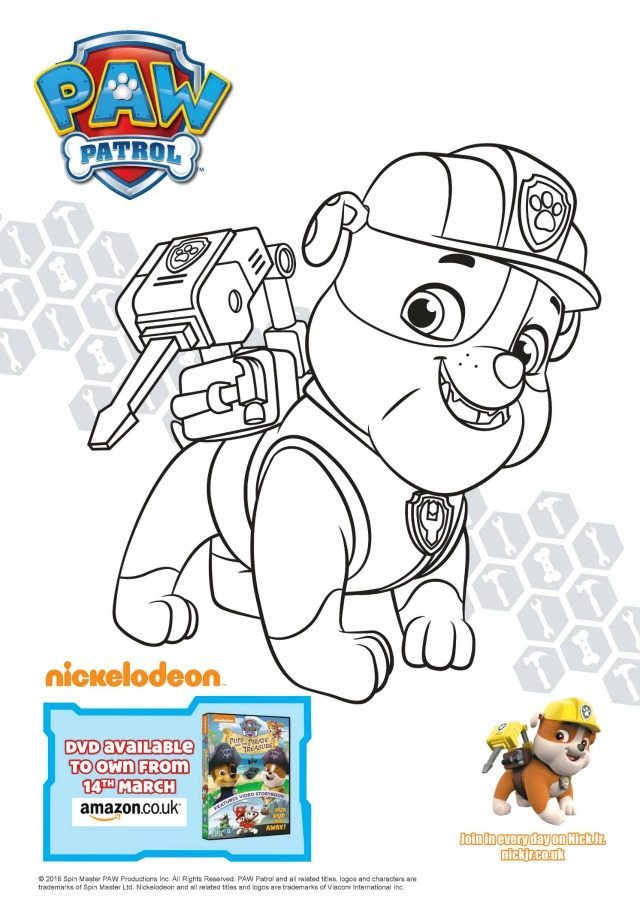 Next we have Rocky, a mix breed pup that’s super enthusiastic and cares about the environment. 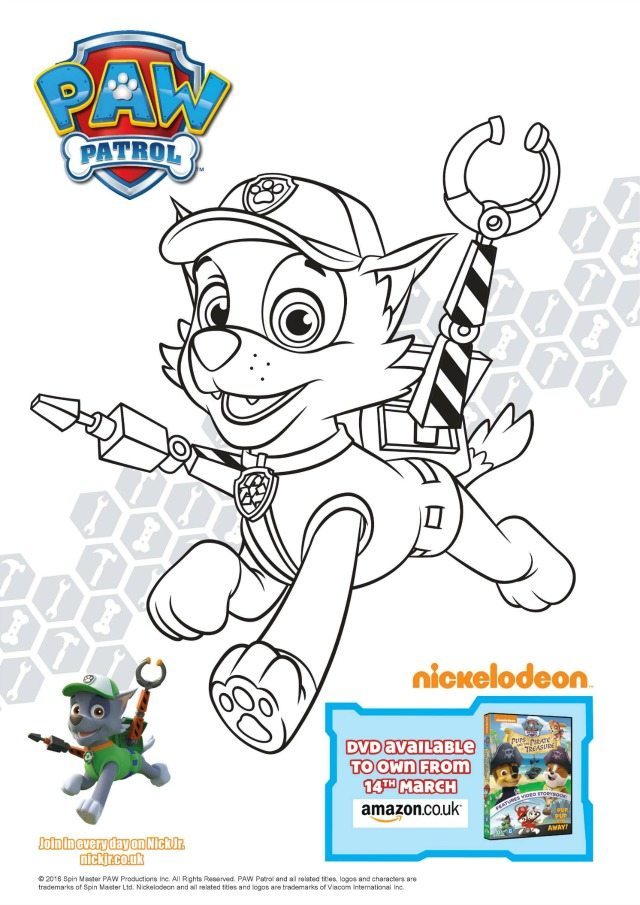 There’s also a colouring sheet with Everest, the hyperactive husky and Skye, the smart Cockapoo with some impressive piloting skills. 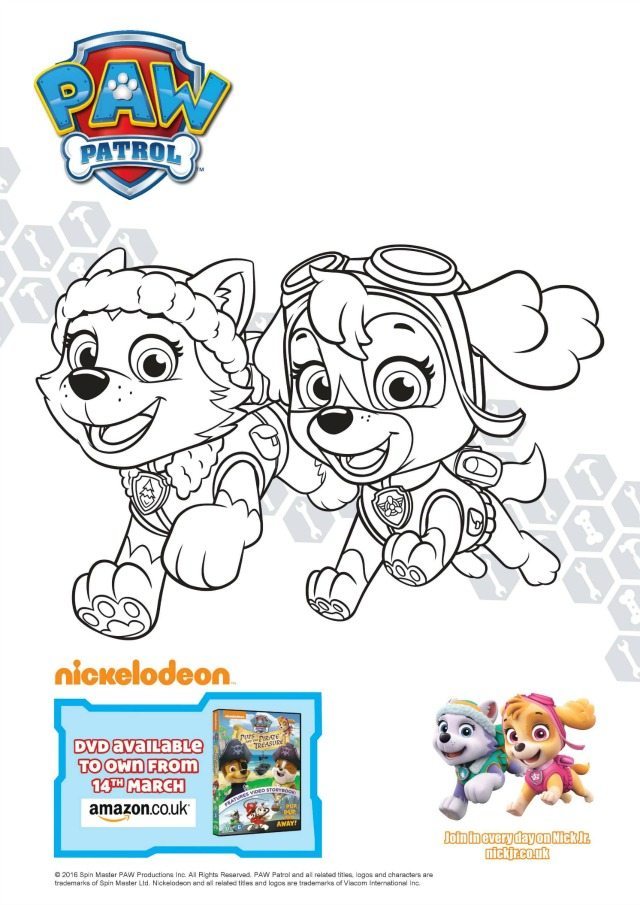 We love these pups, have you seen these Paw Patrol activity sheets we shared a while ago?

There are six new episodes of your favourite canine capers to discover on the newly released Paw Patrol: Pups and the Pirate Treasure DVD. Join Ryder and his Paw Patrol pals on their mystery solving adventures in their search for pirate treasure, when they discover a secret map.

It’s the pirate pup’s life in these six canine adventures! Join the pups as they emBARK on a treasure hunt! Plus, stop a ghostly pirate ship from sailing away and dive into the bay for more water rescues.

This spirited pre-school adventure series returns as the pups stumble on to a secret cavern that was once a pirate’s hideout. It’s where they discover an incomplete treasure map, that takes them on their adventure, following clues to find the missing map pieces and eventually leads them to a pirate treasure.

Catch up with Ryder and the puzzle solving canine team, as the pup pals get ready to sail the stormy seas to rescue their friends, and find the hidden treasure! 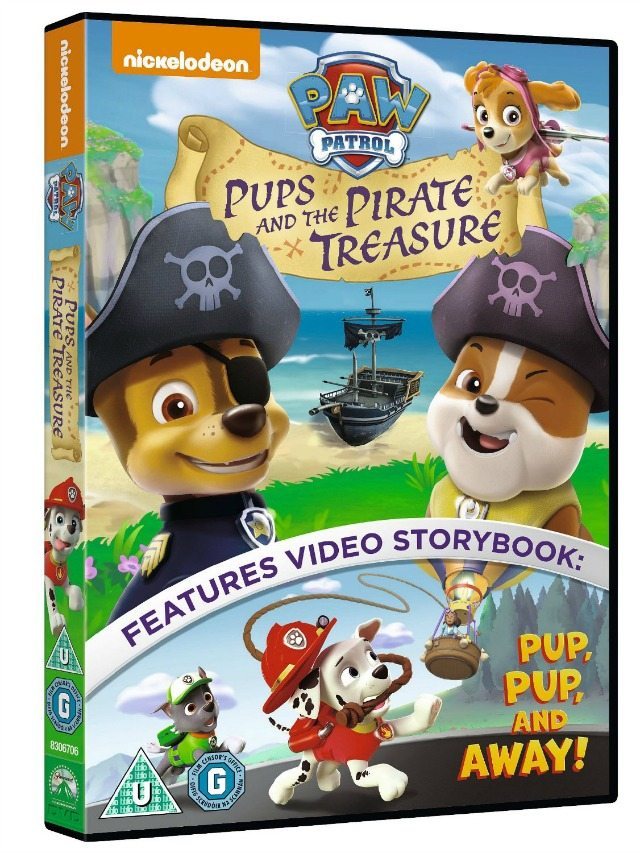 As always you can check out the other printables that we have on the site, including some more Paw Patrol colouring and activity sheets! Come on, we know we are spoiling you :-D

We pin our own, and other great resources there regularly.