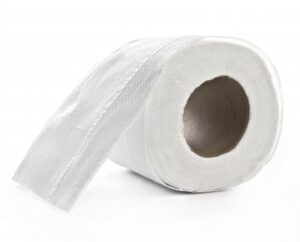 Potty training tips: try to be relaxed about it…

I went around to a good friend’s for tea. Her little boy did very well with the old potty training; did it himself virtually. We ended up chatting about potty training tips, and she refereed to a recent article on Babycentre US about five things that doctors would want you to do for your preschoolers.

The first thing on the list suggests that parents “don’t make potty training a battle.”

I am a firm believer in this; its my main potty training tip. I know its not rocket science. There is some evidence to suggest that potty training too early can lead to children having a weaker bladder. However, as always with these issues, there is also evidence to suggest the exact opposite! I guess we all have to decide what’s right for our child. Particularly if you read the Daily Fail…

One thing is clear to me though; if you start earlier than your child is ready, it may very well turn potty training into a battleground. But we all know how hard it is to know when your child is up for it…

My kids were both over three when we trained them. Some of the other children at their nursery were already done. But why should that have bothered me? My kids did other things at a different pace to them, such as walking and talking, so why not potty training?

However, competitive mum syndrome is a nightmare when it comes to potty training…

We used our own potty training charts when we felt they were ready, and they were both trained within a week.

Chatterbox decided one day she wanted big girl knickers. We went out and bought princess ones, she wore them and with the use of our reward charts that was pretty much it.

Stuntboy was a bit older, but he also said he wanted to wear pants. Superhero ones for him, and it was pretty much the same story.

We made sure we didn’t remind them to go to the toilet too much, and generally they took themselves off. We had the potty in the room they were in so it wasn’t far, but didn’t ask them if they wanted a wee every other second.

Too often, it seems, parents are pushed into training because they feel that they have to keep up with their friends, or other children in nursery. Unfortunately some nurseries won’t accept children until they are trained.

Is this thinking more for the nursery’s convenience than the child’s though? It’s a thought…

Perhaps its easier for mum to wash three sets of clothes rather than a nursery to manage the hygiene rules and chaos associated with changing nappies? Nurseries that take children from 4 months up are probably better positioned to put the processes in place to continue to support later trained children, I guess.

Shouldn’t it be a development issue? After all, nurseries wouldn’t say no to a child because they couldn’t run as well as another child. So why do they encourage parents to train their children before they attend?

Were you pressured to start potty training early by your nursery? Let us know your experiences, and give us your own potty training tips if you have any. If you need help, check out our potty training reward charts too.

I was never presurised by nursery, quite the opposite, I went with it and nursery supported me. All mine we ready at around 2nd birthday, but there is no magic, children are all individuals and are ready at different times.

Some people get so competitive don't they? What's the rush?! Kids will do the potty thing and everything else when they are good and ready. Makes life a bit easier for you too when they want to do it and not the other way about. Thanks for joining in with the Britmums carnival.

Ever since my son was 18months old I've been asked if he is still in nappies. He is nearly 2 and a half now and will sometimes use his potty before a shower etc but he's not potty trained and not quite ready yet. One of my friends is awful! Her son is a year older than mine and she is constantly telling me how he was potty trained by 18 months and how he wears Calvin Klein pants etc and loves them. Every aspect of parenting is a competition to her though!

We were pressured by certain family first time round when I was happy to wait until our oldest was almost 3 to even entertain the idea. We gave it a go but it was on the verge of becoming a battleground. We decided to leave it for a while longer but left potties out and our son just decided to start using them a few months later. He potty trained himself at 2 1/2.

I was definitely pressured first time around - because I was expecting my second son when Brodie was 2 and a half. Everybody said I needed to have him trained before the baby came. He was not up for it, and luckily the private nursery I was sending him to advised me to stop and leave things until he was 3 - since he was hysterical one afternoon and wouldn't sit on a potty or a baby loo seat. They said if I pushed him, he might start holding it in, and cause himself internal damage! To be honest, changing two lots of nappies was MUCH easier than carrying spare clothes for all the little accidents. We trained Brodie just after he turned 3 and he was fine - took to it within a week.