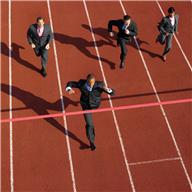 Not wanting to blow my own trumpet, but finally after decades of waiting I won a third sticker in the Mums skipping race on the School Sports Day – whoop whoop!!!

I was never good at sports, well running, at school. As a result, I never really liked school sports day at all. I think its particularly hard for those that just aren’t sporty – for whatever reason, and doubly hard for those children that due to physical disabilities or illness find things even harder.

Having attended both a KS1 and KS2 event this week, I took at long hard look at how our school did things.

I thought it was great the classes were all mixed up; with lots of different abilities working together. They competed in school houses.

But it was only at the very end that were there a few running races, and only then did they run with their classmates in heats with those of a similar level.

Even then, it still included egg and spoon, and the three legged races which made it all so much more fun. 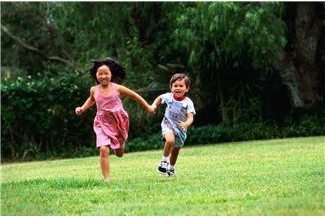 There was lots of cheering on, and the kids had all shouted about giving 100% effort. Even the teachers joined in with a race of their own!

All the children joined in, even those who couldn’t do PE this week for one reason or another had jobs handing out stickers or counting basket balls scored.

It just really showed you don’t have to be fantastically sporty, or gifted athletically to be part of the team on school sports day.

Everyone was valued for what they could offer.

And THAT’S so important to teach children; everyone has a part to play and we should respect each other for that.

What do you think of your child’s Sport’s Day? How is it managed at your school? Is it sufficiently inclusive? Or do you miss the competition that used to happen in my day – old bird that I am? Let me know what you think?

Image above courtesy of Microsoft Clipart.

i like your website.Your work is well and sport day is the very good for student.and awesome event for him. sports day show choldern&students talent and ability

i like your website my cousin refer me your site to visit it.I visted it and i actually i am surprise to see. Your work is well and sport day is the very good for student.and awesome event for him. sports day show choldern&students talent and ability.what he/she can do......

Thank you, great article. Making sure our kids grow healthy is essential part of parenthood