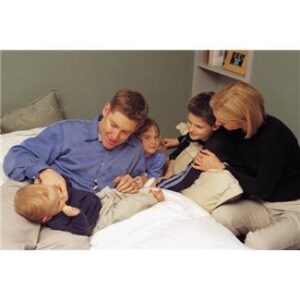 Second and third pregnancy: Is it easier going from two to three and one to two?

A friend asked me today whether I found it more of a challenge going from one child to two or the two to three? Interesting question I thought. Is it harder after the second pregnancy, the third, and so on?

Honestly, in some ways the first bit was exactly the same –  juggling children with a new born will always have its moments. I do remember thinking my two year old would never eat at a table again as I was always trying to feed his sister at his meal times. And he sat at a little table in the lounge while I was on the sofa. But now he does eat at the table and he can use his knife and fork!

There is always that first six week tunnel before you emerge into the land of the living (well that was my experience anyway).

But you can prepare for that in some ways; enlist the help of family and friends….there is no shame in that and it is in no way an indication of not coping, there are just times for all of us when we could do with some extra hands.

We have a six year age gap between the boys which can be great but which I know the youngest finds tough sometimes. The worst thing you can say to him is you are too little. He determinedly has a go at everything.

When we moved up to three I found that pregnancy harder as I had the other two and it took a while to get adjusted to the whole thing, but I wouldn’t’ be without any of them now even when they are driving me crazy.

I think as a family we did OK both times, perhaps that’s why pregnancy is 9 months so you can adjust to the idea.

There are no right or wrong answers to this. Some people are very clear, they know exactly how many children they would like, others just seem to know when they feel their families are complete.

We do have to make an effort to give them all time and attention, but it is possible. It can be draining, but from what I have heard from other parents any number of children can be draining. A lot of that can be down to how well they do or don’t sleep, or how well they play, what they like doing and a whole load of other stuff.

Numbers in some cases can be an advantage, as there is someone else to play with even if one of them doesn’t want to do the same thing and it can be a challenge in terms of your time, energy and finances.

Not sure it helped with the question, but as with lots of things in life there are upsides and downsides.

This is our regular Tuesday Tips for Parenting guest post by Beckie Whitehouse from Be Confident Coaching.