There has been a lot of discussion over the last year around Omega-3 supplements and there ability to assist concentration and improve behaviour in children, largely steming from an article published in The Journal of Child Psychology and Psychiatry in the later stages of 2014.

As a result, there are a number of Omega-3 supplements now on the market here in the UK, we were able to take a look at a new one just brought out by Nature’s Best designed with kids over three in mind.

These are blackcurrant flavoured supplements, which cone in a pack of 100 and are aimed at both adults and children. They have a chewy outer casing, and a “burst” of blackcurrant fruit flavouring inside. Each capsule contains around 200mg of fish oil, of which approximately 120mg is the all important Omega-3.

The aim of the capsules is to supplement the diet with additional fish oil, rather than replace a healthy, balanced diet of course. Sometimes it is hard to get younger children in particular to try new things, and fish can be particularly difficult…

They aren’t just for kids though, adults can take them too, and I had a try as well :-D

What did we think of Nature’s Best Omega 3 supplements?

My daughter has had these supplements before, with this type of delivery mechanism. I have to be honest and say that these really aren’t for us for the kids. She is nine and my son was eight, and though they liked the fruity flavour inside, the outside capsule is just too chewy for them. My daughter said:

“I think it would be good if they could put foam around them like a shrimp instead.”

I completely understand what she means, for the younger palate the outer casing is a little bit unusual. I didn’t find it a problem though, so I think adults will be much more inclined to take them.

However, if you do find that your kids don’t like the casing, you could possibly snip open the capsule and then add the “burst” to a squash to make things a bit more palatable. 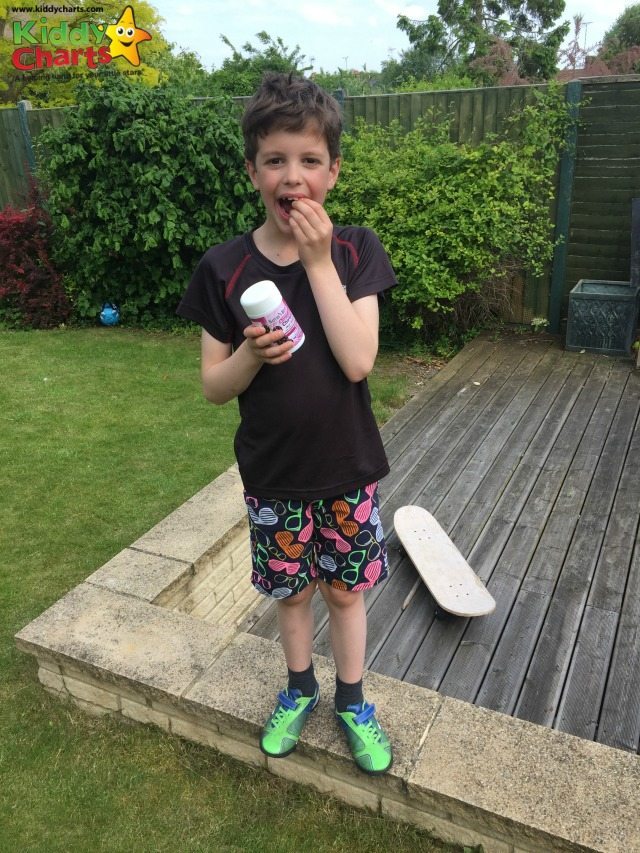 These are a great idea for kids, but they just need to improve on the capsule texture, as its a little tough for the kids to get used to. Us adults are much less likely to mind it though! As my daughter suggested, if you can inject the fruit burst into a foam tablet, a bit like those wonderful penny foam shrimps, then that would be great.

We haven’t be using the Omega-3 supplements long enough for me to notice a difference in my daughter’s behaviour; but I am living in hope! ;-)

Have you used Omega 3 supplements, and these ones in particular, have you noticed the difference?

Disclosure: We compensated for this review.