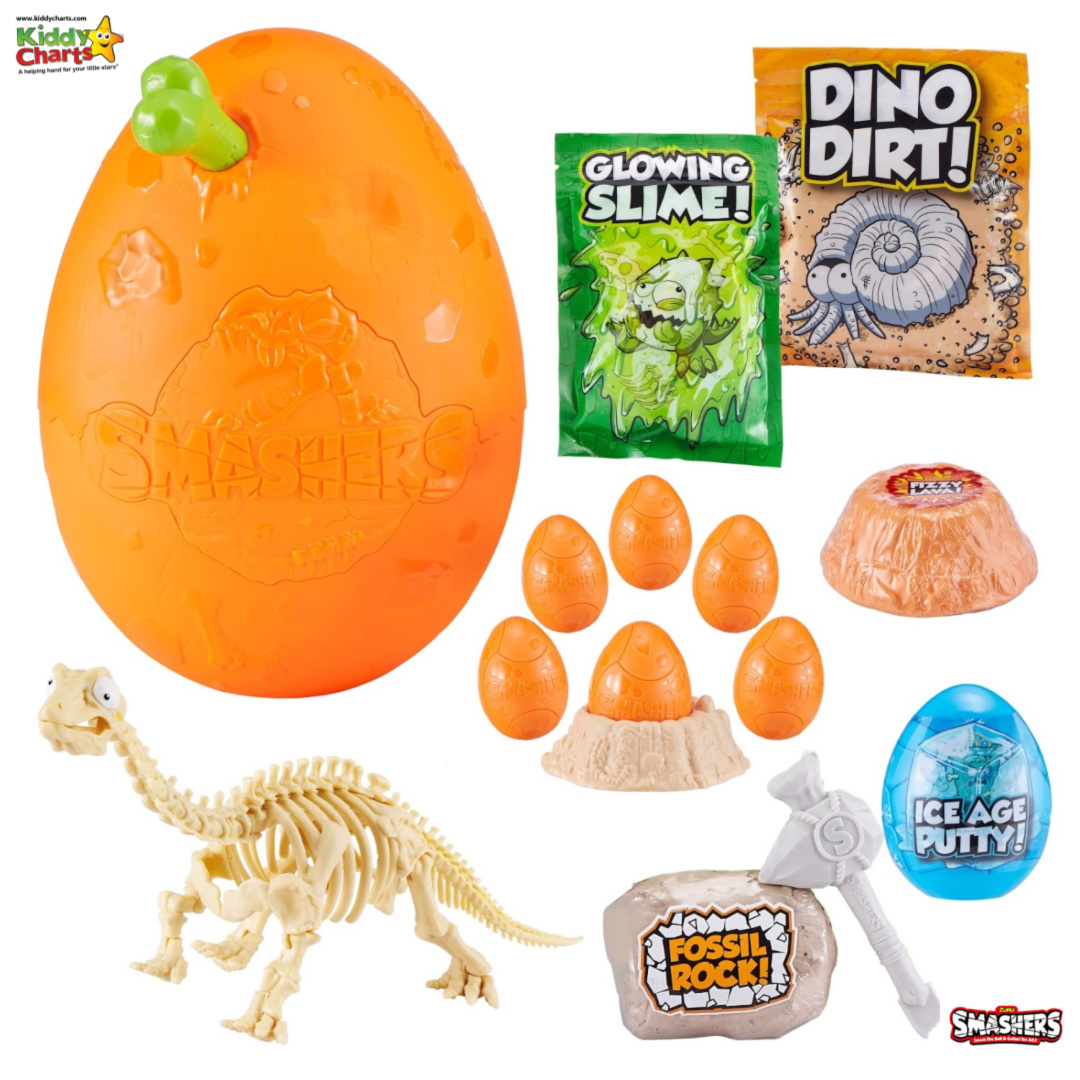 For day FIVE of our Summer Countdown on KiddyCharts, we have teamed up with ZURU to offer a roarsome Smashers Dino prize including:

For the ultimate in prehistoric pursuits, the SmashersWorld Epic Dino Egg brings an egg-splosion of larger-than-life play.  Children get to slime, fizz and SMASH their way through over 25 surprises inside to build the exclusive Smash-o-saur Dino!

Whether playing inside or outdoors, the Epic Dino Egg brings a host of activities.  Use the Scratch Map to excavate the Dino Egg to unearth compounds like the Fizzy Lava Bomb and Ice Age putty with hidden Smash-o-saur bones inside. Collect all the bones to start building one of three exclusive Smash-o-saurs.

Inside each Epic Dino Egg, you’ll discover more surprises like Smash Eggs with a Smash Egg rebuilder and digging tools. With access to Rare and Ultra Rare characters like the Skull Smashers, the smashing will never end…!

The Smashers Epic Dino Egg retails at RRP: £24.99, is suitable for ages 5+ and is available at Smyths, The Entertainer, Argos, Tesco, Asda, B&M, SAINSBURY’S Supermarket and all the major retailers.

Children smash their Smashers dino egg SMASHBALLS to reveal mutant, robot, and the rock-hard fossil dinos.  They can keep track of entire collections with the Collector’s Guide inside every pack or download the Smashers app.  The Smashers app allows children to interact with their collections and earn Smash Points to become the ultimate Smashers champion!

To enter the giveaway, just pop into the widget below and complete as many tasks as you can including:

As always the usual terms and conditions apply to this giveaway, and the closing date is Friday 16th August at 11.59pm for this one. Hurry!

If you like this giveaway – do take a look at the other ones on our site, particularly in out Summer Countdown series:

Do come again soon – and perhaps you might even sign up for the weekly newsletter on the site, so we see you every. single. week!