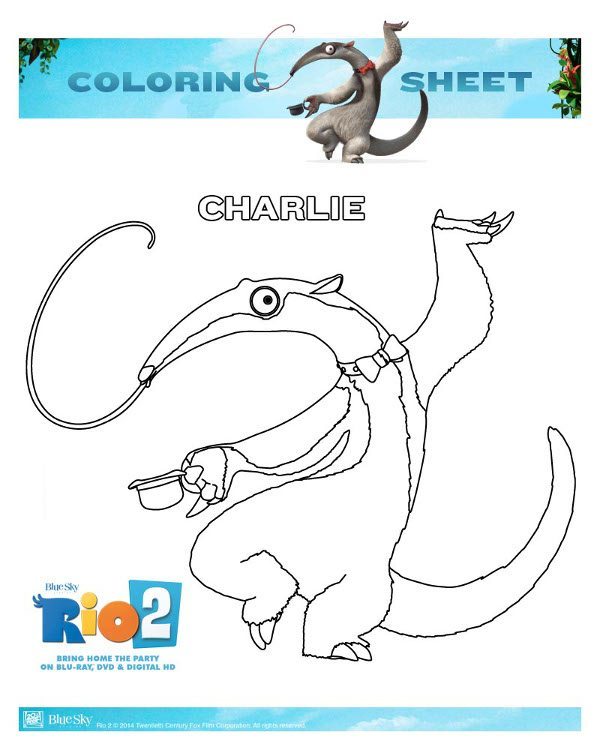 Rio 2 is landing on the small screen via Blu-ray and DVD on 4th August and we have got some mega Rio 2 colouring pages for download; in fact we have some today and some more later in the week as well, so don’t forget to check back for them all.

Featuring voices from Bruno Mars, Andy Garcia and many more this is the sequel to the very popular first film.  This colourful, music packed film sees Blu taking his Jewel and their three kids take a walk on the wild side through the Amazon and comes across his father in law.

The film is also available for those who like to watch on the go.  Whether you  like to game or want something for the kids to watch in the car on your travels, Rio 2 can be downloaded via ITunes, Google Play, XBox Video and Sky Store as well as many others.

However, as promised – get your teeth into these Rio 2 colouring pages, and do pop back later in the week for the final ten as well.

Singing into the night

If you like these printables, do check out some of the other free colouring pages we have on the blog, or better still why don’t you subscribe to the blog as well so that you will get anything else we have to keep those little ones entertained; or indeed the helpful parenting advice, giveaways and reviews that we post from time to time.