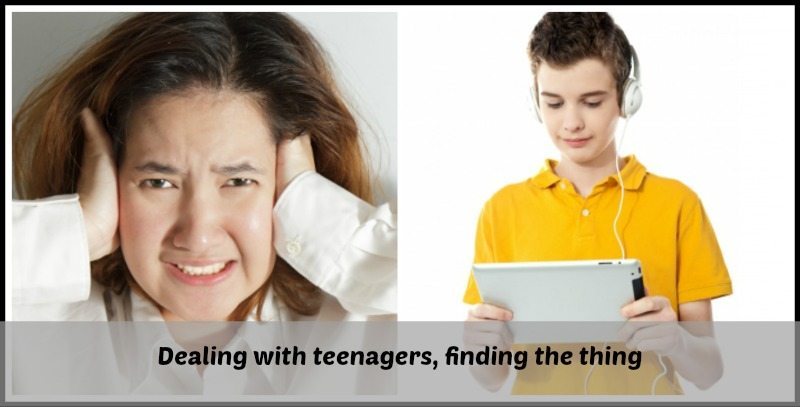 Last year I was despairing with my eldest son’s behaviour; he is getting to THAT age when I start to have to think about dealing with teenagers, and all their challenges. He seemed to be getting into quite a bit of trouble at school and his teacher was concerned that he was beginning to idolise the boys who thought it was funny to do no work and mess around both inside and outside class.

Nothing seemed to work.

I would ban TV, computer time, football or cubs.

The response I got would vary between “so” and “I don’t care”.  We even heard the odd “whatever”!

I’d try and praise the good things I saw and found him doing, but that wasn’t enough.

Looking back on it I do wonder if it might just have been that he was growing out of primary school and needing a change from the other children.  He had been with some of them since the age of 3, and although there were some good friends amongst them, they also knew how to wind each other up. Alot.

Now, half way through Year 7, he is in a new school, with new class mates; the issues I have experienced with him have changed and I am not so concerned with his behaviour at school.

However, the behaviour I experienced, did mean that I managed to find the one thing that really worked in changing those behaviours. I had previously read a parenting tip that suggested you find something that your child would really hate you to do when they start approaching the teenage years….

After trying lots of the other things, one morning I said to him that if his teacher had to come and speak to me after school again I would phone the head teacher and ask her if I could come and eat lunch with him in the hall!

He hated the very idea of this actually happening in from of all his mates, and the mere thought of just how embarrassing that would be for him.

It doesn’t even matter that it might not have been allowed; I didn’t have to ask, his teacher didn’t come and speak to me again….

How do you recommend dealing with teenagers when they just don’t seem to care, and start to embrace the “whatever” attitude?

12 year olds can be tough. It sounds like you are doing a great job carry on letting him know you are there. Try and find out if anything else is going on. I have noticed if my son is tired or is having a harder time in anyway other than usual he becomes a lot more aggressive. Maybe he would talk to someone else another family member perhaps. if he is happy to don't be offended but glad he can and that he isn't holding it all in.

Love that idea, might have to try it myself!

Haha - great plan mum - that's what I call thinking outside the box ;-)

I am having such an awful time with my 12 yr old son. I wrote to him last night as speaking to him just doesn't work. He threw the letter at me told me shut up and had a tantrum :( Nothing works. Apparently I am an idiot, stupid, mean and should shut up..... I so look forward to my evenings with him #rollseyes