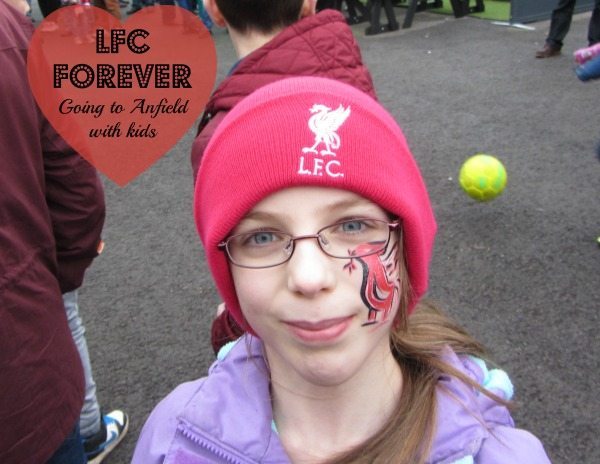 I am a Liverpool Football Club fan; have been since I was rather young; *five, cough*. I have a scrap book full of old cuttings from the Ian Rush days, buried somewhere deep in my parents loft *reminds self to dig it out next time we go*

It was therefore with untold joy that I was given the opportunity to go to the Home of Football, Anfield, this weekend. I was able to take the whole family to a match, and enjoy the museum so that I can really SHOW my daughter why Liverpool are the best team ever in England, and Spurs really don’t come anywhere near. Brad has inflicted his love of Spurs on my little man, but Chatterbox seems to have gone the red way now *phew*.

We were lucky enough to go to the Swansea City game, and I can safely say that I have never seen a better game live IN MY LIFE. It was a classic nail-biter. Liverpool didn’t help themselves with sloppy defending, and Suarez wasn’t on his game. He seemed to be confusing the white of Swansea with the red of his team far too much.

However, LFC couldn’t do too much about the goal from their former player which brought the scores level. Shelvey’s strike was superb, and even got The Kop applauding. One of the reasons I love Liverpool so much; they appreciate a good goal, even if it is scored by the opposition :-D

Last time I took my daughter to a football match, she barely watched the game, and spent most of it talking…not a surprise given her name. However, this time it was different, we had met Mighty Red, we have seen the trophies, and we had heard about the club. She was engrossed, and all the questions were about the game, the players and she had even remembered some of the facts from the tour during the match too.

We will be coming back of that I have no doubt. Though, I suspect we won’t be winning 4-3 next time, though you never know…

Tickets for Juniors cost £10.00, with adult tickets in the Anfield Road stand selling at £45.00 each 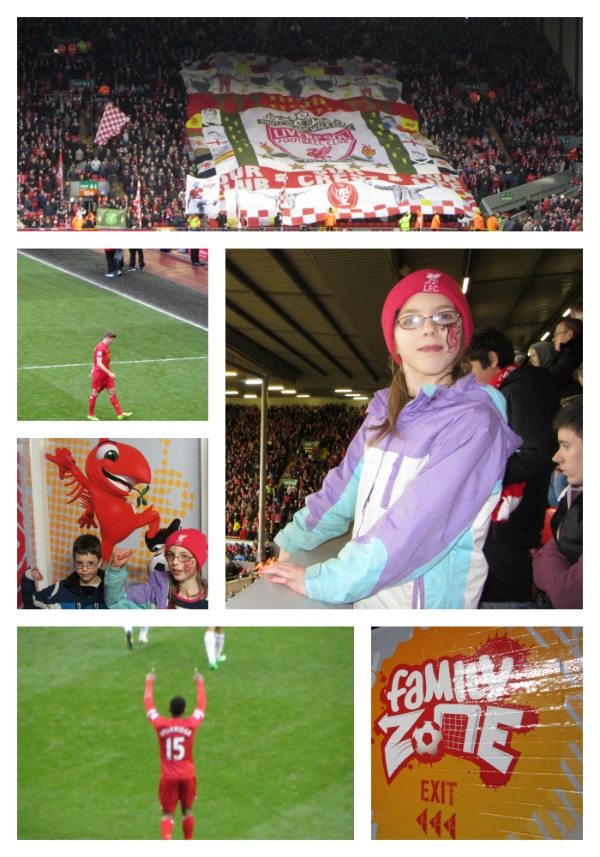 I have to be honest, I was not expecting to find the tour funny, and engaging. I should have realised that as we were being taken round the stadium by two fanatical scousers, it was always going to be entertaining and fun. They didn’t let the red side of Liverpool down.

They told us stories about the club, gave us facts we didn’t know, and the kids were hanging off every single word.

My daughter now knows what The Boot Room really was, and understands the power that Bill Shankly had over the club – she understand what LFC means to so many people. The lads that took us around were wonderful speakers, and made me proud to be a Liverpool fan.

Sadly, my daughter also knows the tragedy of Hillsborough about how 96 fans went to a football match and never came back. She needs too though; we must never forget. 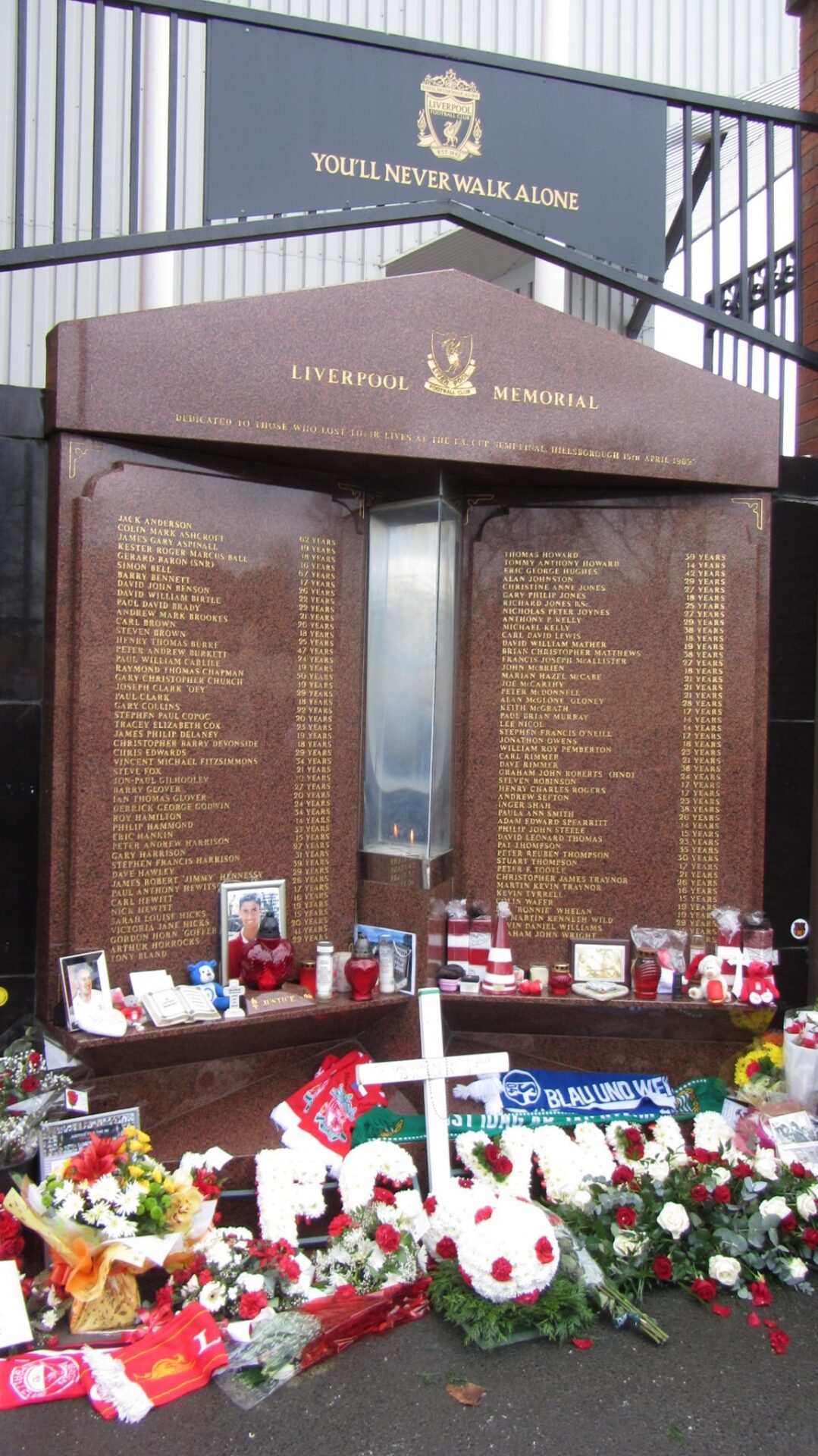 There was a lot of information on the tour that I didn’t know, such as why The Kop is named this, how the dressing rooms are managed on a match day, and what the referee does before a game. I am not going to spoil it for you, but premiership players are not pampered at Anfield. They are there to work, just like Bill Shankly said all those years ago. 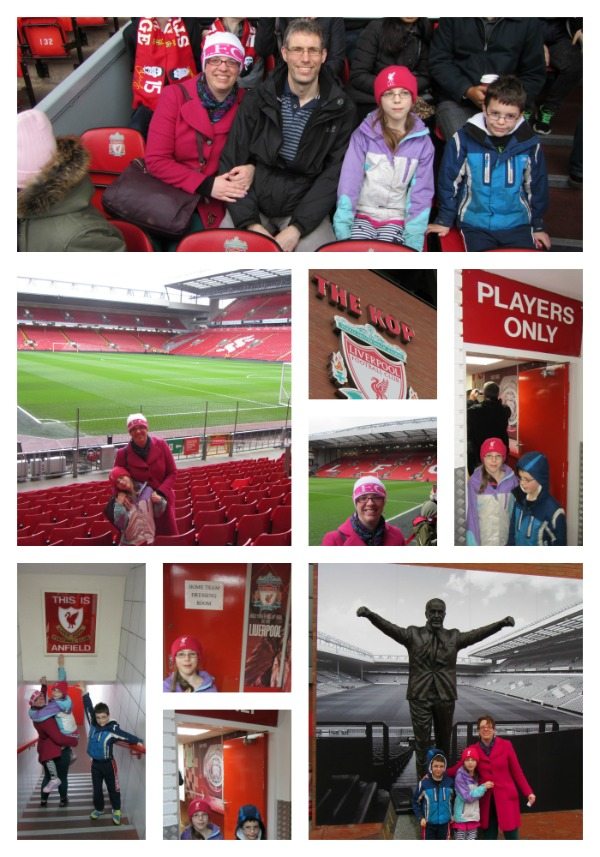 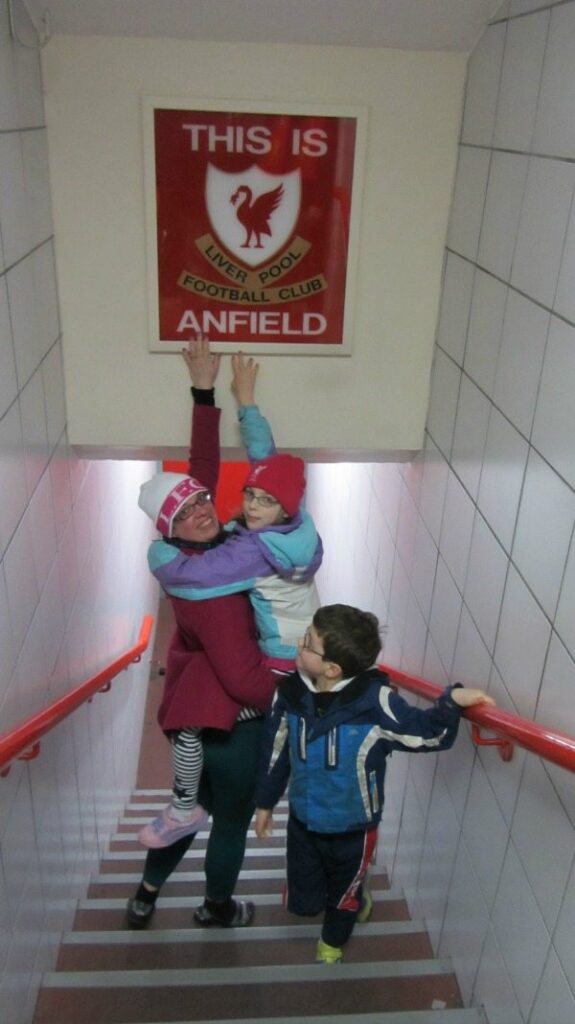 THIS REALLY IS ANFIELD

A family ticket (two adults and two children) for the Match Day tour is £65.00

I have been to a few football games in my time, both with the kids and without them. I have never seen as good facilities as were here at Anfield for the kiddies. They have set up a Family Park just outside the ground with entertainment for them all, both young and old. This included:

We were there for two hours before the game, and we had plenty to entertain us, and the kids really got stuck in as you can see… 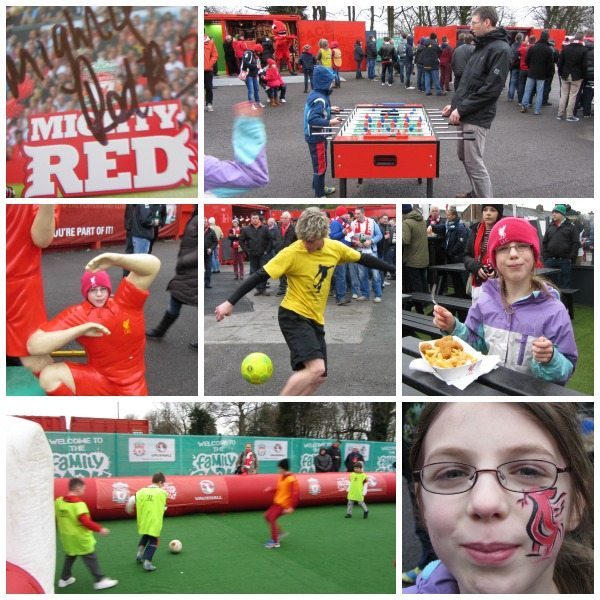 “Is this here everytime there is a match on here – just Wow!”

If she could come back easily, I suspect she very much would…

We were sitting within the ground in The Family Zone. I was concerned about the language in the ground because I am a bit of an old prude, and trying to teach the kids that swearing, even in frustration at the man in the black, isn’t the done thing. The Swansea City fans were a wee bit close, and there were a few choice words to one of their own players, but the fans around us were implacably behaved.

In all honesty, I am not sure the kids even noticed the references to the slightly larger player on the wing for Swansea City…

The game was great, the Family Park and it’s entertainment was exceptional, but the traffic home was rubbish!

Liverpool Football Club have managed to turn my daughter’s heart red, but unless the roads in this blooming country change, we won’t be able to make the trip up from Essex anywhere near as much as I would like to be able too :-(

Four goals from two different players, but of course, THE highlight of the day was meeting Might Red and getting his signature… 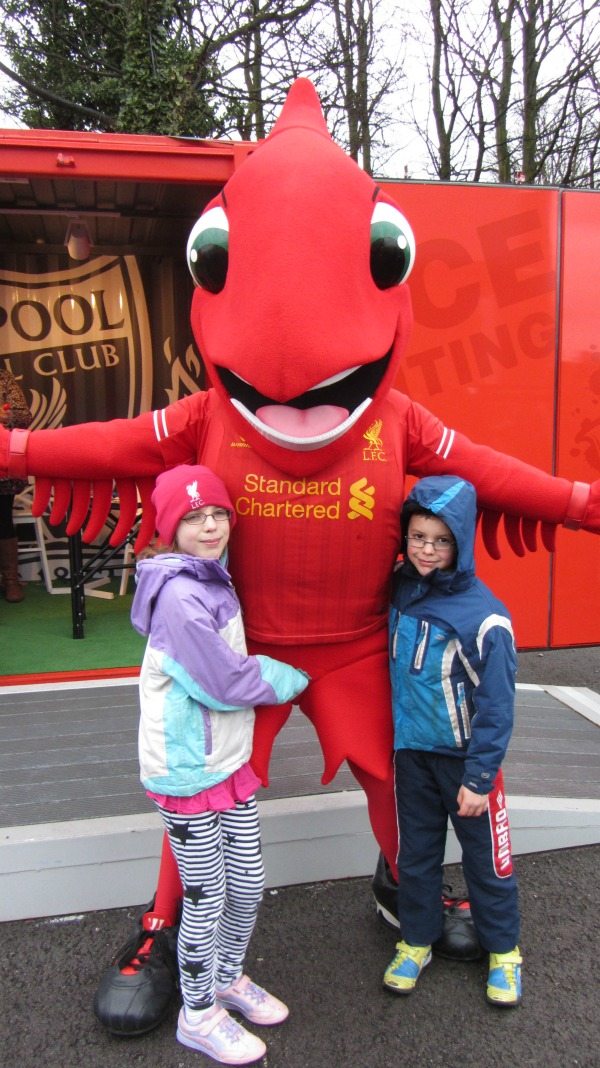 Well, apart from getting out hands on the REAL European Champions League Trophy, even if it cost £10.00 – I can’t think of a better tenner I have ever spent…. 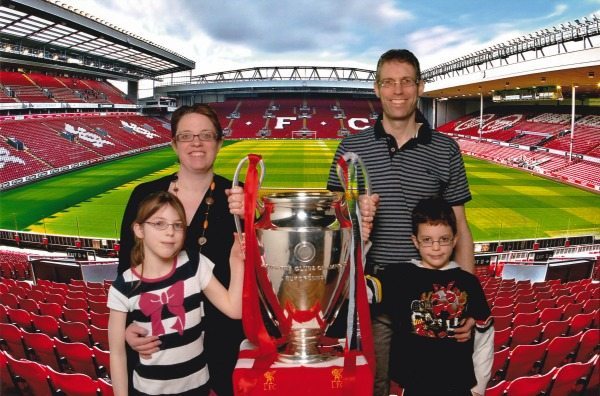 Have you been to Liverpool Football Club with the kids on a match day – what did you think? Did the kids have fun? What would you recommend?