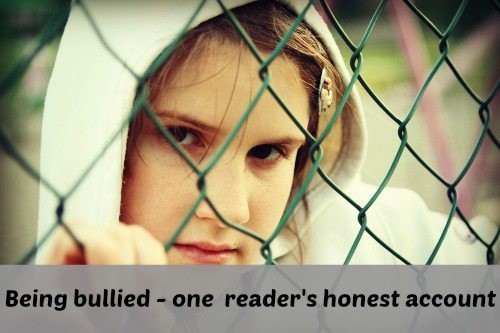 We were approached recently by a young reader of our blog, Harri, who had been bullied at school and wanted to share his story about how it made him feel at the time and how it compelled him to write a book about his experience. The book, first started at the age of just 10, was completed when he was 11 and Harri is now involved with the anti-bulling site, Bullying Stinx. Harri also has his own website and can be found over on Twitter.   Here, he tells us his story: 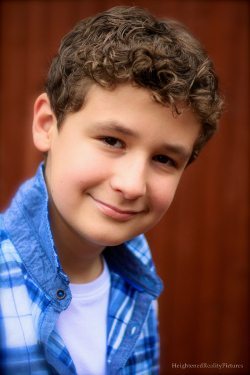 When I was being bullied,  I felt sad and alone in general. When it started I just thought it would all blow over. “They’re just acting up and need to calm down”, I would say to myself?

I didn’t want to go to school, I would sit on my own in the playground and even cry sometimes when it got REALLY bad. I started to feel unwanted, alone and sad.

No-one would play with me and If I tried to join in with my friends I was called mean names.  I honestly didn’t know what was going on.  My mind felt fuzzy and tired and I couldn’t stop thinking about it.  Every morning was the most dreadful moment of the day. Mum always said ‘Hey, Harri, it’s time for school’ ( (Mum knew nothing)  :(

It did get really bad.  When they all attacked me in the playground, I felt almost exhausted. I honestly didn’t want to go to school  anymore and I didn’t know what to do about it.

When Mum eventually found out about the bullying (as I hadn’t told her, real bad move on my part, I know now) I continued to feel anxious about going to school; just feeling the dread of walking into class to see those boys smug faces. Even some girls had started to join their group and have a pop at me!

Well, Mum found out and was on it right away.  There was no stopping her, she became like a  ‘Warrior Ninja Turtle!’

She interviewed me a 1000 times and then took notes making sure everything was the whole truth and nothing but the truth.   She took times, dates and names.  She then called the parents of the children whom had seen the attack and got more evidence with the parents permission.  She especially worked on the playground attack.  She then started to put together all the evidence and emailed the Head of our school.

The Head was on it right away.  On Monday morning she called a meeting with us and the other children, ‘my bullies’.  My Headmistress was very kind and understanding, as she is a lovely person anyway.  The other children were given punishments and told to apologize to me in front of their parents.  Afterwards I received letters of apology and gifts from these boys, which I really didn’t want, I wanted them to be kind and nice to me.

They kept telling us that one boy had his own problems and was going through a difficult time fitting in. We even had talks on people hurting HIS feelings and making fun of him. I wouldn’t say that the school were making it up, they just didn’t see the potential problem within it? I wanted to tell them that I also had needs and that this boy was the ringleader of the group? When he was told to apologize to me he just growled the words ‘soooorrry Harrison.’

I think, now that I look back, the other boys were manipulating him to do mean things to me so they didn’t look bad. As I explained, he also had his own difficulties so he was confused about whether or not he was doing good or bad because they PRAISED him for saying those things to me. He was getting a positive response to what he was doing and he wanted more praise, so that’s how the bullying began.

When things were finally resolved I slowly began to feel relieved and I was happier going to school. I occasionally got the odd boy coming up to me saying something mean, but I just hit it away like a ping-pong ball (that’s my new technique and is in my book)  You will always get that one person who tries to be mean, but it was definitely much better than before. 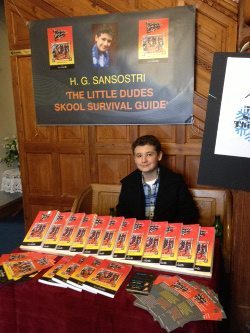 I don’t think there was a better way for the school to punish the main boy that bullied me. I think he had it bad enough when they kept him in for four weeks from break and only let him out to eat lunch. The thing that I thought would have worked though, is if they were a bit more harsh on him when he continued to be mean to me, yes continued to say rude things to me.  He was just seated on the naughty spot for five minutes, staring at me from that spot with a hateful look.

I also think that if the school were more strict with him at first, they would have maybe stopped the problem before it actually started and became a bigger problem for me?

I also think that every school should put into place a half hour tutorial on the weekly curriculum, based on kindness and respect to each other within our classroom?

It might make the more troublesome kids think about their unkindness to other children. By planting the seed of kindness when these children are young, there could possibly be less bullies in school.  I don’t think anyone will be able to eradicate bullying completely and unfortunately too!

However, I really believe that some children are not so fortunate to have good parents so some classes or tutorials in ‘Respect and Kindness to Each Other’ might lessen the amount of bullying issues in our schools all over the world.

What do you think to Harri’s ideas? Do you think that these types of classes, and hope would assist children? From what I can see, it seem as though there are a few things happening in Harri’s story, including the school needing to understand the issues from both sides, in particular the motivations behind Harri’s main bully’s actions, and how thee actions made Harri feel. Have you experienced bullying yourself, or have a child that has, what happened? How do we need to tackle this in schools? Who helped you?

So brave! Well done you! I wish all the best to you!

What an incredibly brave young man. Thank you for sharing your story. I hope it will reach both bullies and those who are bullied and makes bullies aware how they make people feel and shows those bullied that it's important to speak out and get an adult involved. Too many kids suffer in silence and they really shouldn't.

My kids primary school tackles relationships and bullying in their PHSE lessons. But they don't in secondary school until recently when someone was being cyber bullied.It certainly a subject that needs to be aired particularly by boys like Harri.

i think every parent dreads this, whether it's their child being bullied or actually being the bully. brave boy and what a ninja mum!

Excellent that Harri has stepped up and talked openly about his bullying and I hope this will encourage others to follow in his footsteps. Good luck with your book