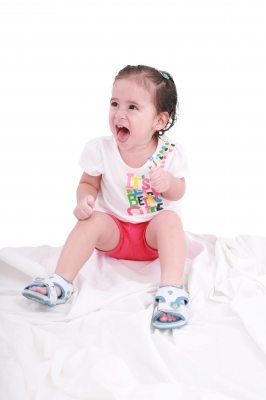 Answering back: but what is it?

Here on KiddyCharts, we have a behaviour for our create your own reward charts to encourage children not to answer back. Before we tackle this as an issue, we would like to explore a little about what answering back actually is….

I hear some parents when I’m out and about telling their children to be quiet or stop talking when all they are doing is asking questions.  Granted, maybe they are asking 100s of questions and it can be annoying (I know this too well!),  but as soon as the child challenges this the parent says:

To me, this is not answering back, it’s simply a child being a child.  They ask questions all the time, as it’s how they learn and a necessary and essential part of their development.

However, if your child causes you some emotional hurt or distress by the way they respond to you, which is totally unjustified, such as pulling faces or saying disrespectful things to you, e.g. telling you to shut up or name calling, then of course this IS answering back and it is not acceptable.

The first thing I always ask parents to think about is how they are with their children. More often than not children will mirror what is happening around them.  So if for example you are having a bad day and you have told your child to ‘shut up’, ‘be quiet’, ‘go away’ etc. on several occasions the likelihood is that they will tell us to shut up too.

This is because they think it is OK to do that.  After all, Mummy or Daddy is doing it, so why shouldn’t they.  Or is they see an older sibling getting away with things then they may also think they can too, as they copy of their older brother or sister.

Of course, there are many influences as to how a child behaves.  You may find that for the first hour after they have left school they are grouchy and are more likely to be rude to you than they normally would be.  You may also find that when a child comes back from grandparents house, they are more rude to you than usual or when you have been ill this may happen also.

There are so many reasons, but there are usually reasons behind this behaviour too.

For example, the child who is like this after school, is likely to be tired and hungry, and maybe take a snack for them after school.  The child who is misbehaving after being to grandparents house has maybe been a little ‘ spoilt’ and forgot what the usual rules are, maybe you need to have a word with grandparents?

The child who is like this after you have been ill is maybe angry with you for being ill, as they feel you have neglected them. What I’m trying to say is, there is usually a reason behind any child’s behaviour and it is up to us as parents to help them work through this, even if they are hurting us at the time.

However, as parents we should not have to put up with or accept behaviour from our children that hurts and upsets us and it is understandable that the first thing we often do is to think about punishing them.

I personally don’t believe punishing children works, but I can totally understand the desire to say to your child:

“Who do you think you are talking to?”

Then we might send them to bed or even shout and scream at them.

I’ve even seen some parents smack their children as they are so angry at how they have been treated. It is important to remember that this isn’t a solution; it is a means of making YOURSELF feel better, which you want to and understandably so, as it hurts more when we are disrespected by our own children than anyone else!

However, we need to be able to remain the adult and to take a step back.  Children being disrespectful is just another means of communication from children.  They are trying to tell you something but often can’t put the words to it and so lash out.

Now we have established what answering back actually is – what should we do about it. We’ll cover that next week!

Thanks again to Maria Albertsen for tackling this difficult subject – did it help you?