It’s time to chuck the kids out into the garden with a few outdoor toys so that you can get a bit of peace and quiet.

Alternatively, you might even be mad enough to join in…

But what water games and other toys are there that are a little different for the garden, and can give you and yours a bit of good energetic fun? 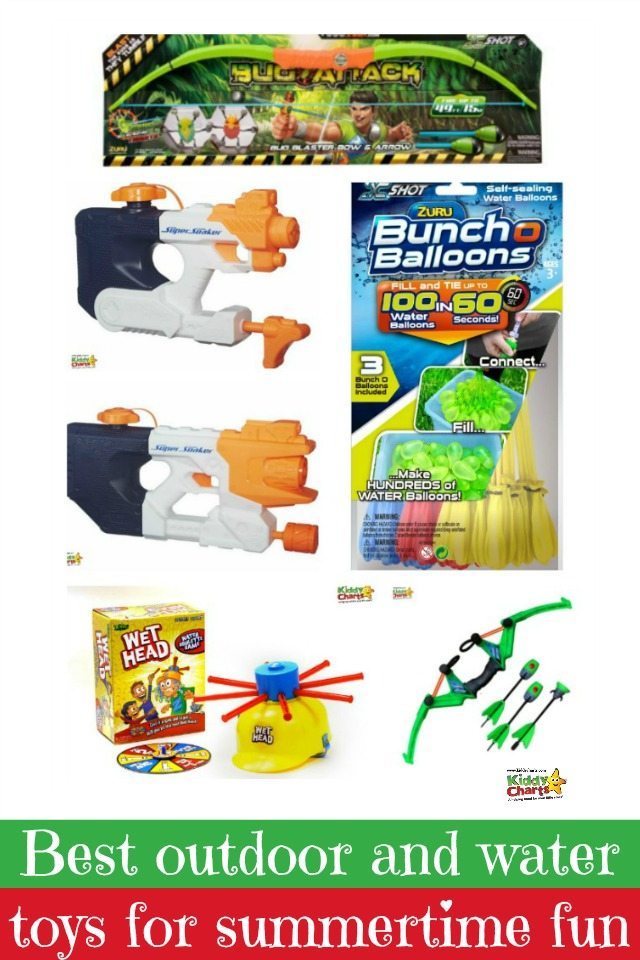 My kids are nine and ten now, so they are looking for fun with water, mixed in with a little danger and boisterousness. We have trawled the Amazon outdoor pages so you don’t have to and found the best toys for slightly older kids to play with outside. What do you think? Anymore you would like to add to these? 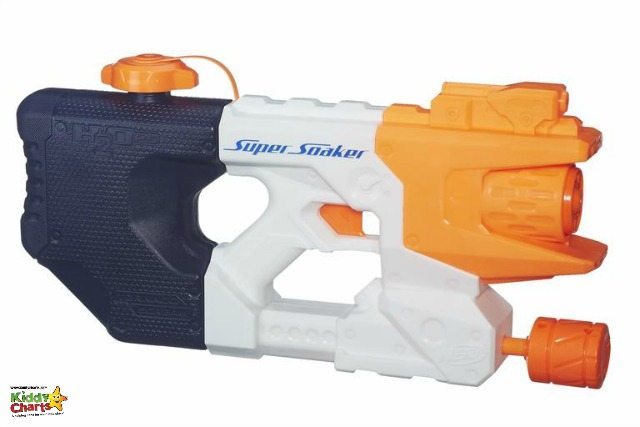 No garden is complete, particularly if there are kids involved (either big or small), without a Nerf gun (US) in it somewhere. This gun has a fantastic spinning nozzle so you can get more of the kids with one shot! It also fires 10m / 35ft, and holds up to a litre of water too, which should mean there there is nowhere to hide for anyone…

If the Tornado isn’t enough for you, then you can always tool up with the Squall Surge (US) instead. Pumping this gun means that the special pressurised-trigger firing makes it possible to fire a very powerful stream of water to whomever dares to enter your garden ;-). It hold just under half a litre of water, and shots a little further than its brother at 10.6m. 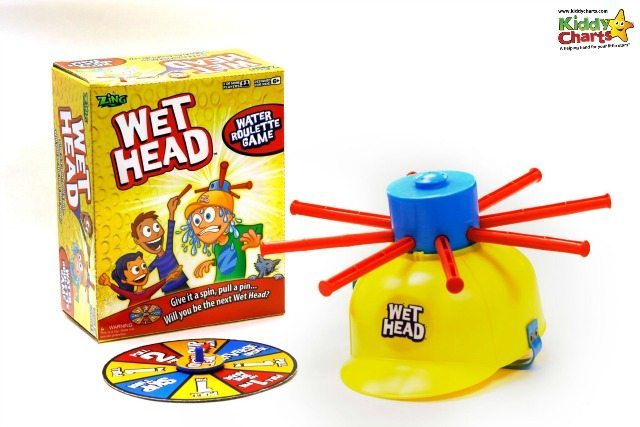 A game you can play indoors as well as outdoors – fill up the hat with water, stick in the four pins, stick it on, and take the #WetHeadChallenge with this Water Roulette game. You can use both the spinner to choose your forfeit, or ask trivia questions through the free app from Wt Head and Zing too. Make sure no-one is about to post the videos of you playing on YouTube though; there are quite a few videos of people already playing this game as it looks like its going to be a big hit! 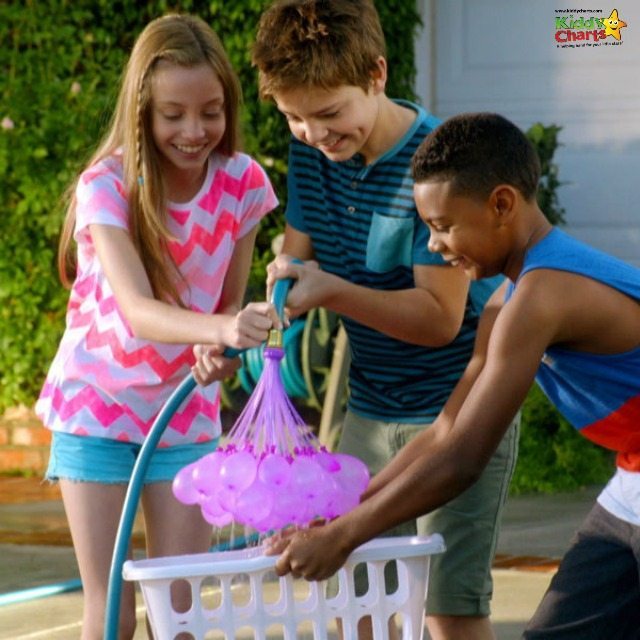 This is quite simply, an awesome invention and was a wonderful Kickstarter campaign that just went viral! This product lets you fill and tie 100 water balloons in less than 60 seconds. Just brilliant for playing in the garden, and what better is that there are a number of different products available now as well, including X-Shot Bunch o Balloon 3-pack (RRP £9.99), a launcher pack (RRP £14.99) and a value launcher pack (RRP £24.99), so you can really get stuck in with the water balloon fights in the garden now. The value launcher comes with TWO balloon launchers, so there really is nowhere to hide now ;-). 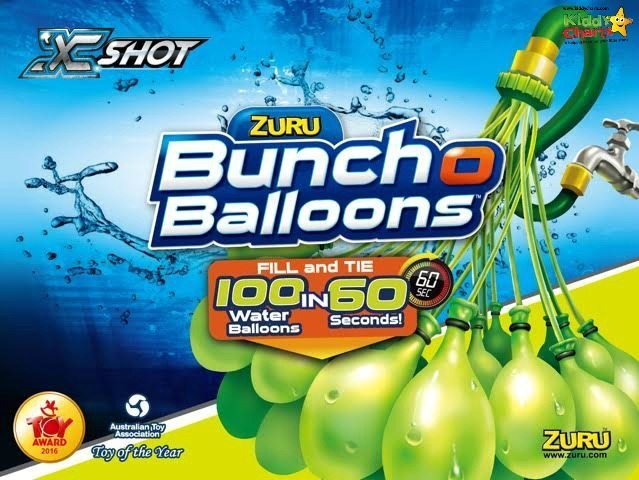 This toy is definitely our favourite from all the ones we have featured. Perfect for water games for the kids for parties; give them each a launcher and just wait to see them all get totally soaked! A perfect way to spend your party ;-) 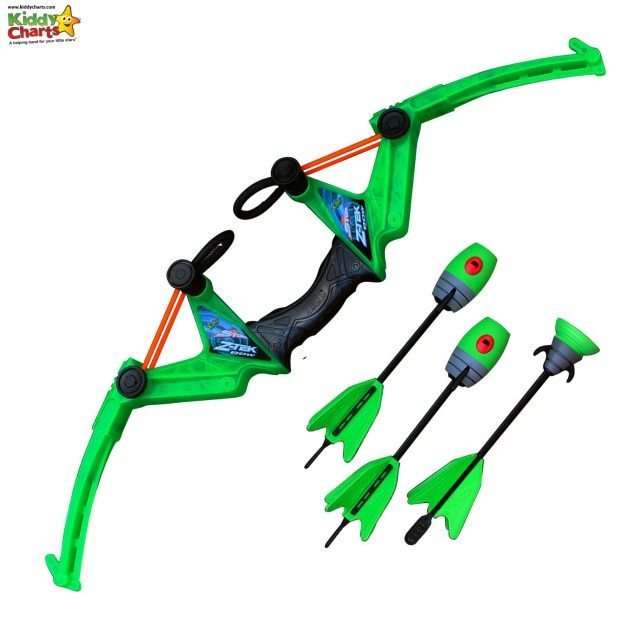 Got a bigger garden, or fancy getting out and about, then the Air Storm Z-Tek Bow could be the toy for you, as its got a range of 125ft. Yes, you heard right, 125ft!

Be careful whom you aim at of course; my cate, for example, scarpered as soon as we got this out in the garden ;-)

This is the latest addition to the Bug Attack series (Amazon UK/US)  of games, and works well in the garden, particularly against the side of the house, or a fence – though make sure you don’t bother the neighbours. Throw the bugs against the wall, watch them stick and pull back that bow and arrow to knock them off again. Great fun for boys and girls alike…particularly in the wake of the rise in bow and arrow games after the release of The Hunger Games of course.

So here you go, here are six of the best water games and other toys for the garden which we have found – what else would you add though?