We have a fantastic set of gifts for all those Slither.io fans out there. My son just LOVES this game, and sometimes it is hard to peelhim away from his little snakes…

We have some of the wonderful new Slither.io toys to give away. These promise to be an instant hit with fans, as they are so cool and adorable.

Obviously, they are based on the huge gaming phenomenon and YouTuber hit. 60% of British 0-14 year olds have downloaded Slither.io and 124 million games are played a month in the UK. The Slither.io gaming phenomenon translates perfectly to the toy line with hundreds of different “skins” to attain in the game. 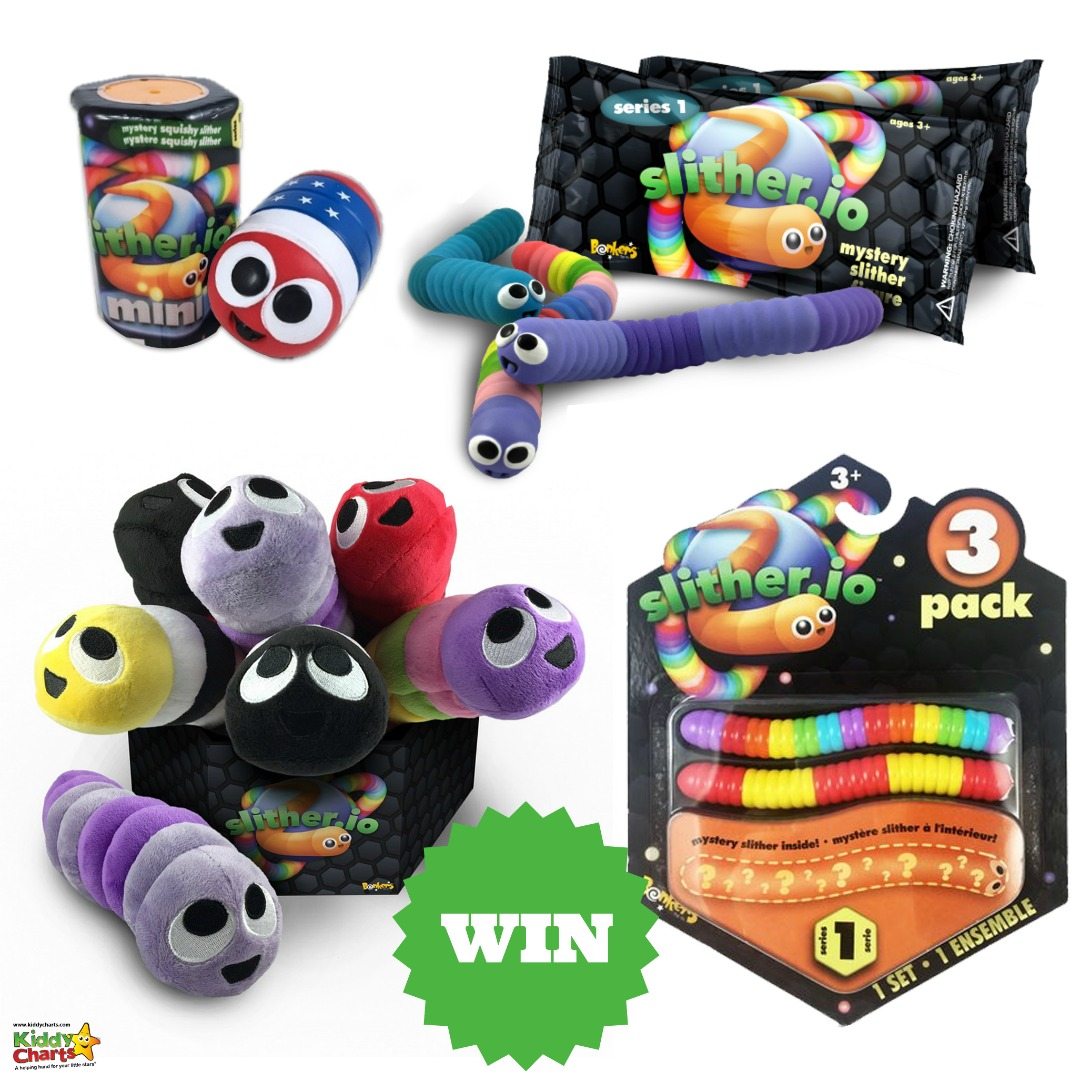 We are giving away one of each of the following (not everything in the image above please note). The range includes collectable Slither.io creatures and bendable plush toys featuring popular and rare skins. Created with the uniquely colourful features recognisable from Slither.io, they are going to tun into the must-have toys for legions of fans.

Now what Slither.io fan wouldn’t want one of all of these, right?!!?

The usual rules for our giveaways apply, so fill out the widget below, and don’t forget to check out the other giveaways on the site too. While you are there, do sign up for our 12 Days of Xmas giveaway as well which starts on the 1st December. 12 giveaways in 12 days – amazing stuff!

Win a bundle of Slither.io toys – so you're a cool parent!

This is a Twitter RT competition, which is a little different to what we normally do, but you CAN get extra entries if you sign up to our 12 Days comp, so give it a go. Entries close on Thursday 30th November at 11.59pm; so GO. Our usual terms and conditions apply as well.

Wow what a treat. My son will absolutely love this. Thank you so much 🎀