Today in 31 Days of Learning, we are turning our attention to languages courtesy of Sarah from Let Them be Small. Making language learning fun is really key for me. All three of my children have been learning Spanish since they were young and keeping it fun has been important to keep their interest. D started learning Spanish around three years old, E at two and H has been hearing the language since he was born, as well as joining in lessons from the age of three.

Obviously, at such a young age, children don’t care about correct grammar and conjugating verbs in the proper way. They’re not interested in the intricacies of the language they’re learning. They just need to hear the language being spoken and start to make those connections between the sounds they’re hearing as well as how they relate to their own language and the world around them. Building up the vocabulary at this age is the aim and building that base for the more complex work later.

There’s nothing like a song to a familiar tune to help children to learn a language and to make it fun. Making songs active is a real help as well. It helps the children to learn the movement of their bodies as well as the words. An obvious song for this is head, shoulders, knees and toes. We did this one early on and the children still enjoy singing this song! They can remember the body parts from this song much more readily than other body parts such as hair or arm which don’t feature in the song.

Making up your own songs is fun too. We made a song up called ‘Toca algo….’ It’s a very simple song that can be adapted to lots of different topics. We use it primarily for learning the colours and in a generic tune I song ‘rojo, rojo, toca algo rojo’ – the instruction is ‘red, red touch something red.’ The children then have to find something red and bring it and we sing ‘encontraste algo rojo’ (You found something rojo)

This is a game that can be played anywhere and can be sung to any tune you can fit the words into. Plus the children can then challenge you back – and they often do!

Make use of board games

When my children were learning colours and animals we played lots of games but instead spoke Spanish. Games such as farm themed snap or pairs games work really well for this. We would say the animal’s name in Spanish as we turned the cards. Orchard toys do some brilliant early learning games for colours, numbers, shape and animals and they can all be used to reinforce language learning in a fun way.

For older children you can use number games for addition too to create higher numbers; put number cards into bags and ask the child their age and their age is the number they pull from the bag.

Young children are not designed to sit still! Learning that engages the whole body works wonderfully for them and helps them to connect their bodies to the learning activity at hand. One of the best activities we do is to create paths for the children to jump along. Get coloured papers or large numbers printed onto A4 sheets, food pictures or whatever the theme is you’re learning. Place them on the floor and shout out the animal/colour/number etc. The children have to then jump to the right card to match what you have shouted out. It’s a really simple thing to set up but the children have lots of fun and there’s always lots of laughter and action.

There’s so much you can do with this particular activity – either get the children to set a path and have them say the word in Spanish as they go along each one or perhaps you can create a path for them. Then get other children in the group to shout the word for them to find and jump to.

Finally, when children are getting a bit older and starting to move into more than just building up their vocabulary and instead turn to thinking about sentence construction and asking and answering questions, try setting up some simple teamwork games. These really do help to build that confidence and keep the language learning fun. Children can sometimes be a bit self-conscious when speaking longer phrases in a new language. We use flashcard style cards with different bits of vocabulary that we know. We move the cards into order to create sentences – much easier and more inviting for them than having to write it out and helps them to get the order right in their mind.

There’s also other things you can do when you start to conjugate verbs such as he does, she does, they do etc. Creating the cards for he, she, they, we and getting the children to think about how the verbs change as you apply each card to them. It’s far less daunting playing with these cards than it is to repetitiously write out the verb endings. It’s a light activity and there’s always fun to be had playing with the language sounds; more often than not they can sense when things are correct or not.

We hope you and your kids have a lot of fun engaging with languages. If you would like more resources from the site around reading and language, why not take a look at these?

Alphabet posters to pop on the wall of any kids room.

Some flash cards to go with those posters.

Kids reading: How to encourage them

How to encourage kids to read generally.

Why is reading so important: Interview with Angela James

A chat with Angela James, the author, about why reading is so important.

Thanks so much for coming to see us today, and do sign up to our newsletter for more learning, and printables fun. 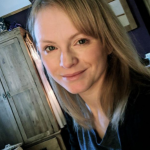 Sarah is a home educating mum of three from Manchester. She's passionate about learning and her blog shares a range of project based learning opportunities on her blog, letthembesmall.com

Do check out her social channels as well: