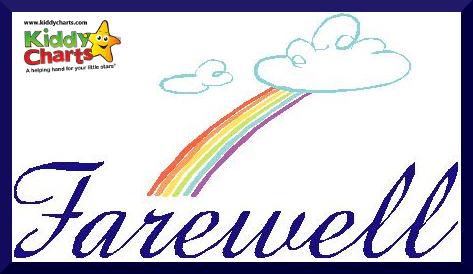 It’s September and there are pictures being sent around, happy pictures of children in their new school uniform, smart uniform for a new term.

I was sent one such picture yesterday, two smiling brothers, arms around each other.  One with a cheeky little face – his giggle almost came out of the picture – the other more subdued.  These aren’t relatives but I’ve known both these boys from a very early age, the younger one before he was born.

I childminded them and other children I see around our village.  The younger boy has his last day with us next week and then that’s it, no more childminding, the end of an era.

I started training to childmind when D was 18 months old, so (gosh) nearly 9 years ago.  The training was basically common sense and then followed Ofsted inspections, all quite nerve-racking at the time.

Having previously been a commuting (to Central London) working mum, I felt I could understand the angst and worries that the parents would feel when they were searching for childcare.  It also backfired though if, in conversation with a child, they’d mention that they’d been sick in the night but had been told not to tell anyone. I remember one Christmas we were all laid up with a vomiting bug that had been “generously” passed over!

But that aside, I really enjoyed it.  Pre school children are like little sponges with their willingness to learn and their enthusiasm, I learnt from them and they from me.

I did wonder if any would leave once D’s autism diagnosis was confirmed, but thankfully the parents had known her before her diagnosis, she was the same after, albeit with a “label”. Similarly with T.  It did make me decide that I would not longer advertise though and just let the existing children get through to school age and then stop, which is where I am now.

What I won’t miss are interrupted toilet visits or that feeling that the house isn’t ours until 6pm, the house and garden will be a lot quieter during the day and less cluttered too, all the baby and pre school toys/equipment have been put in the loft, hopefully one day mini T’s or D’s will use with them.

If you like this post, keep up to date with others by signing up to our weekly email newsletter